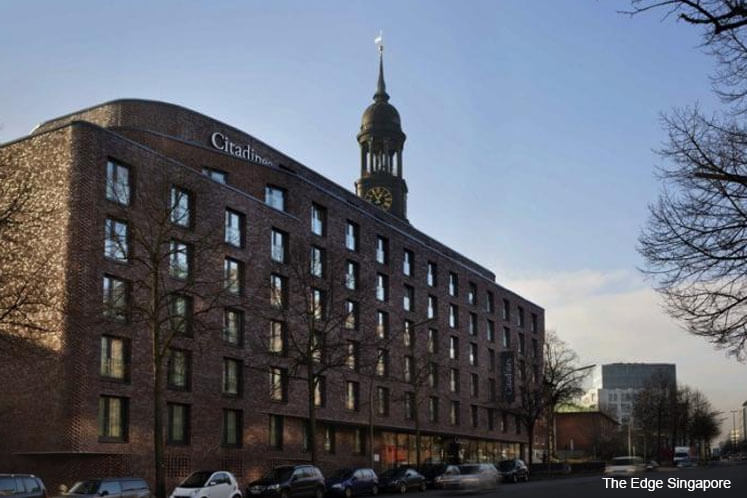 The proceeds will be used to partly fund Ascott REIT’s acquisition of its first property in Frankfurt and its second in Hamburg from The Ascott for €65.4 million (S$97.2 million).

The acquisitions of the two operating serviced residences, Citadines City Centre Frankfurt and Citadines Michel Hamburg, are accretive at an EBITDA yield of 5.4%.

In addition, S$381.6 million will be used to pay for Ascott REIT’s acquisition of Ascott Orchard Singapore, which is expected to be completed by 3Q 2017.

Existing unitholders will be offered 481.7 million rights units at a ratio of 29 units for every 100 units already held as at the book closure date.

The rights units will be issued at 91.9 Singaporean cents each. This is at a discount of 21.5% to the closing price of S$1.17 per unit on Monday, before the announcement and a discount of 17.5% to the theoretical ex-rights price.

After the acquisition of Ascott Orchard Singapore and rights issue, Ascott REIT’s FY16 distribution per unit of 8.27 cents is expected to be 7.27 cents on a pro forma basis, and this will further increase to 7.43 cents, following the acquisitions in Germany.

Ascott, which owns 44.2% of Ascott REIT, has undertaken to fully subscribe its allotment of rights units. The remaining rights units are underwritten by DBS and BNP Paribas.

Ascott REIT will use the proceeds to acquire an effective interest of 93% in Citadines City Centre Frankfurt and Citadines Michel Hamburg for €35.7 million (S$53.1 million) and €29.7 million (S$44.1 million) respectively.

Ascott REIT will seek unitholders’ approval for the acquisitions in Germany at an EGM to be convened.