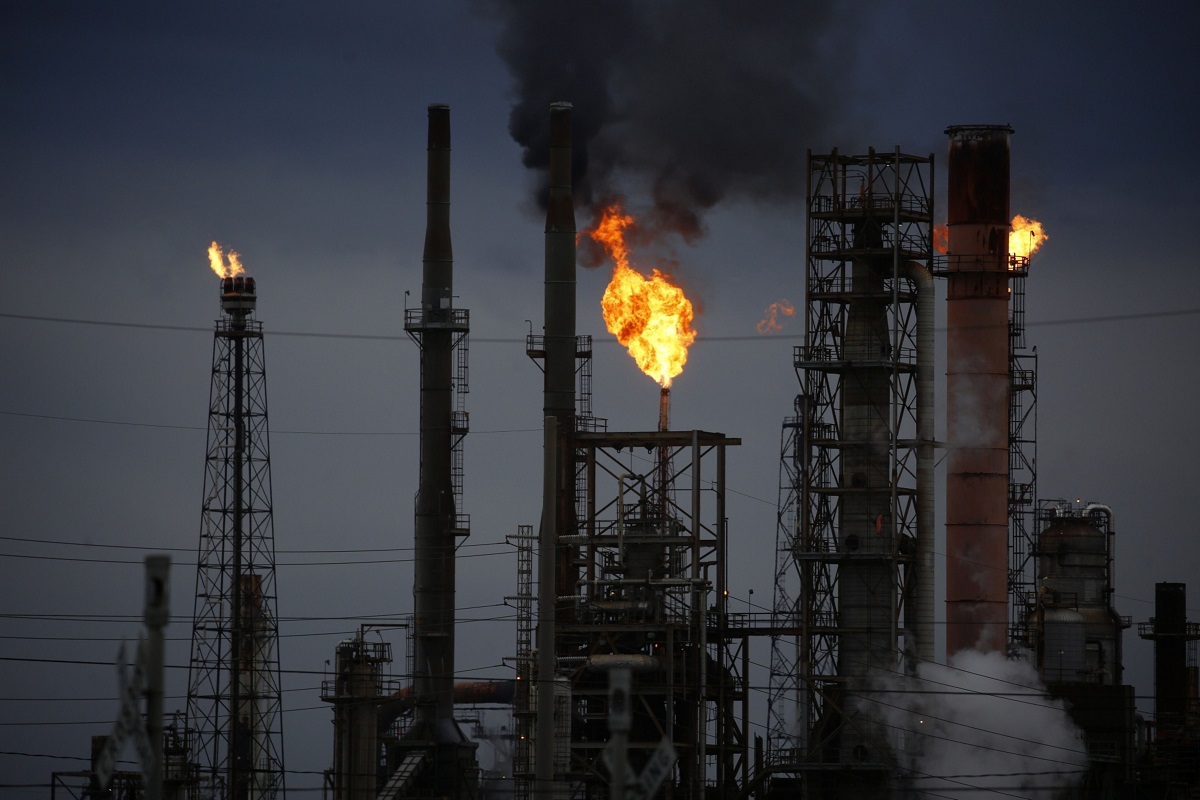 LONDON/DUBAI (Jan 21): Before it launched the world’s biggest public listing, Saudi Arabian Oil Co promised potential investors a small piece of a trillion-dollar company with access to unrivalled oil reserves. Not just in sheer volume but in climate friendliness, too.

Aramco executives emphasized in the run-up to an IPO in 2019 that drilling Saudi oil generates fewer planet-warming emissions than other producers. “Not because our crude is cleaner than other crudes globally. It’s because of our standards,” Chief Executive Officer Amin Nasser said at a roadshow, pledging to do even more to deliver lower-carbon oil. “Even though our numbers are great, climate change is critical for the world.”

But Aramco’s accounting for the greenhouse gas fails to provide a complete picture. The Saudi oil giant excludes emissions generated from many of its refineries and petrochemical plants in its overall carbon disclosures, according to a review of public filings by Bloomberg Green. Including all such facilities might nearly double Aramco’s self-reported carbon footprint, adding as much as 55 million metric tons of carbon dioxide equivalent to its annual tally—or about the emissions produced by Portugal.

Such missing data is a red flag for investors, who “need to be able to put a price on the climate risks that they are running in their portfolios,” said Nick Stansbury, head of commodity research at Legal and General Investment Management, which owns Aramco shares as of the end of 2020. “Those disclosures need to be comprehensive, true and accurate.”

In response to questions, Aramco said it will begin disclosing direct emissions from its full global operations this year. “We have a clear and deliberate path to increase the scope and details of [emissions] disclosure,” the company said in a statement. It added that current disclosure “reflects emissions from those assets where Aramco has the accountability and ability to manage and control emissions.” Selective accounting helps burnish the low-carbon claims made on behalf of Saudi oil, which have become a key part of Aramco’s corporate identity. The company often cites a 2018 study published in the highly regarded journal Science that shows extracting oil in Saudi Arabia generates the second-lowest amount of emissions in the world, behind only Denmark.

But crude isn’t much use until it’s refined, and distilling black gunk into gasoline, jet fuel or diesel is emissions-intensive work. Much of this activity has been left out of company disclosures because Aramco chooses to report only emissions from facilities it wholly owns that are also located inside the kingdom. What’s more, Aramco is set to double its refining network’s capacity to handle as much as 10 million barrels a day by 2030; much of those emissions wouldn’t have been disclosed under the company’s past reporting practices.

Aramco’s accounting maneuver is made possible because many of its refineries are joint ventures or overseas, including the US, South Korea, Japan, China and Malaysia. To calculate those missing emissions, Bloomberg Green relied on estimates from refineries in more than 80 countries compiled in a study published in 2020 in the journal Nature Climate Change. The researchers accounted for variations in more than 300 different types of crude refined worldwide, with lower and upper estimates of emissions.

Adjusting these calculations for Aramco’s foreign facilities and its share of joint ventures shows a range for 2019 emissions between 75 million tons and 113 million tons. That gap reflects the difficulty in accurately estimating the carbon output of any particular refinery. Aramco declined to provide more precise figures. “We do not comment on emissions on an asset-by-asset basis,” the company said in its statement.

The high-end estimate puts Aramco’s direct emissions on par with Exxon Mobil Corp, even though the US company extracted a third as much oil and refined roughly the same amount in 2019. Aramco’s operations remain cleaner per barrel of oil produced and refined, just not to the degree suggested by the company’s disclosures.

Most oil majors keep detailed records of both past and projected future emissions of individual facilities, often far beyond what’s disclosed to investors or regulators. An investigation published in December by Bloomberg Green revealed that Exxon and its joint venture partners, including Aramco, appear to build detailed forecasts for the carbon output from new projects.

Among Aramco’s development plans is the expansion of Samref, a refinery run as a joint venture with Exxon in Saudi Arabia. That expansion is likely to come with an additional 950,000 tons of annual emissions from 2025, according to internal Exxon documents reviewed by Bloomberg Green. Aramco’s 50% stake in the project would mean adding 475,000 tons to its carbon ledger, if the company accounted for its share of joint projects. (Exxon has said projections in its planning documents are preliminary and have changed under the strain of the Covid-19 pandemic; Aramco declined to comment on its future projects.)

In most cases, emissions figures tied to specific facilities aren’t made public unless mandated by government regulations. The Aramco-owned Motiva refinery in Port Arthur, Texas, for example, reports annual emissions to the US Environmental Protection Agency. It has a capacity to refine more than 600,000 barrels per day and produced 5.4 million tons of emissions in 2019. Those figures weren’t included in the company’s 2019 data, since Motiva is located outside Saudi Arabia. There are signs of change reaching inside the world’s biggest oil producing nation. Saudi Arabia’s stock exchange, where Aramco is listed, has previously announced plans to launch an ESG index, which filters companies based on environmental, social and governance metrics. The exchange declined to comment on whether it would introduce a regulatory requirement for Saudi companies to disclose emissions. The Saudi ministry of energy referred questions to Aramco and declined to comment.

“We regularly engage with shareholders, particularly around our quarterly results announcements, and with our fixed-income investors, where we discuss ESG issues, including climate change,” the company said in a statement. “Aramco started decades ago with investments to minimize the impact of its operations on the environment.” These include reducing flaring, detecting and fixing methane leaks and increasing efficient use of energy.

Global investors are pushing oil companies to boost disclosures in order to better gauge climate risk. After years of resistance, Exxon earlier this month began disclosing Scope 3 emissions produced when customers burn fuel. That leaves Aramco as one of the few large, listed oil companies that doesn’t disclose customer emissions, which typically account for more than 80% of a total emissions for fossil-fuel producers. This missing data presents another challenge to Aramco’s low-carbon claims.

Aramco is also investing in chemicals manufacturing, which turns oil and gas into everyday products from washing powder to plastic. Converting crude into chemicals is an energy intensive process much like refining that adds to the emissions burden. All the petrochemical assets that Aramco owns are joint ventures—so those emissions have been up to now excluded from disclosure.

In Saudi Arabia, meanwhile, Aramco has three chemical plants built with Total SE, Dow Inc, and Sumitomo Corp. There are also Aramco-backed chemical plants in China and Malaysia. Estimating emissions from these complexes is more difficult than refineries.

Still, these chemical plants are likely producing millions of metric tons of carbon each year that aren’t recognized in Aramco’s current emissions data. The Sadara chemical plant in Saudi Arabia, a joint venture between Aramco and Dow, is exceptional for voluntarily reporting emissions of 6.3 million tons in 2019. Aramco’s 65% equity stake reflects about 4 million tons missing from Aramco’s carbon tally.

That tally is set to grow as Aramco’s newest acquisition is included. Last year, Aramco bought a 70% stake in the petrochemicals company Saudi Basic Industries Corp. SABIC’s Scope 1 and 2 emissions stood at 55 million tons in 2019, which should add a further 39 million tons to the oil giant’s carbon tally for 2020.

Becoming a publicly traded company publicly has opened Aramco to greater scrutiny. Even though 98% of the company is still owned by the Saudi government, Aramco is under pressure to catch up with international standards. “Comparability of emissions data between companies is important,” said Andrew Grant, head of climate, energy and industry research at Carbon Tracker. “Investors are very much relying on what companies themselves disclose.”