Apple Pay to be launched in China 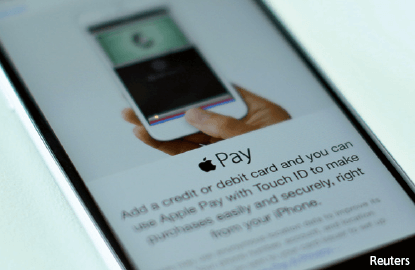 SHANGHAI: Apple Inc said it will launch its payment service in China as soon as 2016, pitting it against entrenched Chinese rivals Alibaba Group Holding and Tencent Holdings.

Apple will partner with China’s main bank card and payment firm UnionPay, a state-controlled consortium that has a monopoly on all yuan payment cards issued and used in the country.

Atlantic Equities analyst James Cordwell expects Apple Pay to take a larger share of the market than Samsung Pay, which was launched earlier this year.

“I think Samsung Pay depends on Samsung selling devices and I think if anything, Samsung is in retreat in that [Chinese] market. So, I don’t see Samsung Pay as a major threat,” Cordwell said.

“The bigger challenge is against Alipay or WePay, which are more platform agnostic and have a strong user base. I see that as the main competitive threat to Apple,” he said.

“China is an extremely important market for Apple,” he said. — Reuters