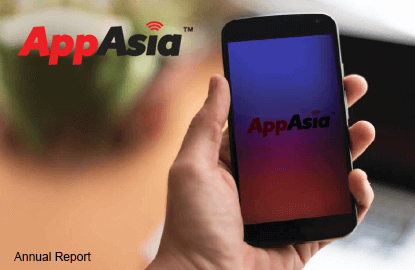 The four will be injected into AL for a collective A$658,946 or RM2.24 million — a 39% discount from AppAsia's original cost of investment totalling RM5.74 million — to be satisfied via the issuance of 55 million AL shares to AppAsia.

AL was incorporated to act as the holding company of the subsidiaries for the Australian listing, which it proposed last November.

On completion of the asset injection, the subsidiaries will become wholly-owned units of AL. Subsequently, AL is looking to raise up to A$6 million via an initial public offering (IPO) on the ASX at 20 Australian cents per share, which will bring AppAsia's stake in AL to between 49.73% and 54.78% post-exercise.

In turn, the four companies will be streamlined under AL alongside Admall Sdn Bhd, which runs an online health product retail platform in Malaysia. AL inked an agreement today to acquire Admall for A$1.19 million or RM4.06 million via the issuance of 24.99 million AL shares to Datuk Patrick Tan Boon Jin, Datuk Vimmy Yap Mee Ling and Chin Wai Shoong.

In a bourse filing today, AppAsia said the exercise will consolidate its online business and improve operational efficiency.

Proceeds from the IPO will be mainly used by AL to expand its businesses in the Southeast Asian region (54.2%), working capital (24.5%), research and development (8.3%), and to defray expenses for the proposals (13%).

Shares of AppAsia closed unchanged at 40.5 sen today, giving it a market capitalisation of RM115.37 million.