AppAsia aspires to be regional IT player 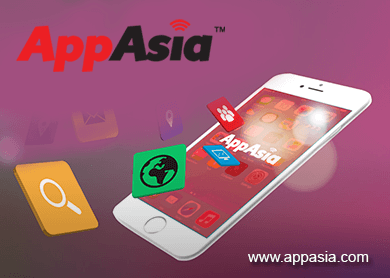 KUALA LUMPUR: AppAsia Bhd, fresh from returning to the black in its latest quarter ended March 31, 2015 (1QFY15) after a string of yearly losses, aspires to become a notable regional IT player in the next three to five years.

The ACEMarket-listed group believes the target is achievable with the expansion of its new e-commerce and mobile applications (apps) segment.

AppAsia executive director Calvert Wong told The Edge Financial Daily in an interview recently that the company plans to spur the growth of the new segment and expects it to be a significant contributor to its operations in the future.

“In three to five years’ time, we would like to see AppAsia as a significant regional player in the IT sector. I think the mobile apps and e-commerce segment will drive the company to meet this target,” he said, noting that the company’s core IT security segment is not yet seen as a high-growth business.

The e-commerce segment contributed approximately to 10% of the group’s revenue for the quarter, while the IT security segment made up the remainder 90%.

“Right now, contributions from this segment are not very significant. But, eventually, we are expecting the segment to contribute to a bigger chunk of our revenues.

“We are still very confident and positive on the growth of the company. Our first quarter results were very encouraging. We hope to keep this momentum going,” said Wong.

The group’s accumulated losses as at March 31 narrowed to RM12.2 million from RM13.05 million in the preceding quarter.

On whether the group expects to post a net profit for FY15 after posting losses since FY09 (except for FY12), Wong said AppAsia’s focus this year remains on restructuring the company.

He said the group has written off some assets last year and completed a cash call earlier this year — from which it raised RM13.9 million, which will allow it to expand its new business segment.

One of its plans for the year is to upgrade its Malaysia-based Ezytred online wholesale fashion shopping platform, managed by its wholly-owned subsidiary AppAsia Mall Sdn Bhd, which will be launched at year-end.

The company also plans to expand its e-commerce operations into Australia within the year.

“For Australia, there are different requirements. We may need to set up another website, where the items could be different, to cater to the local market,” he said.

While the company is working on expanding its e-commerce and mobile apps segment, Wong said AppAsia is still very much involved in the IT security business, as Extol is considered a prominent brand in the industry.

He added that the IT industry is growing, and that the way forward for its IT security business is to enter the consumer market — via security-based mobile applications — to get a bigger chunk of revenues.

On whether AppAsia is looking at any mergers and acquisitions (M&A) to expand its export market, Wong said the group is in talks with certain parties, but cannot comment further.