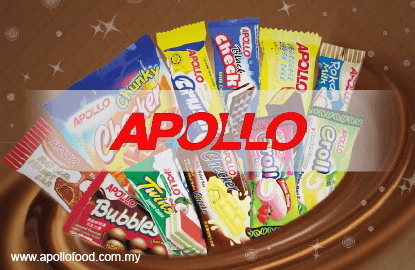 KUALA LUMPUR (June 28): Apollo Food Holdings Bhd's net profit for the fourth quarter ended April 30, 2016 (4QFY16) fell 73.2% to RM1.75 million from RM6.54 million a year ago, due to the fluctuation of the ringgit against the US dollar and Singapore dollar in the quarter.

The fluctuation led to more foreign exchange losses and the provision of impairment loss on one of the leasehold buildings, the group said, adding that the lower profit was also due to annual salary increments.

Revenue for the quarter was up 1.1% to RM53.1 million from RM52.6 million in 4QFY15, mainly contributed by the slight increase in overseas market.

The group has proposed a single tier first and final dividend of 30% for FY16. The dividend will go ex on Dec 8 and be paid on Jan 9 next year.

The group expects its operating environment to be tougher in both FY16 and FY17 in view of the increase in costs of raw materials and the volatility of the ringgit against foreign currencies.

"The market will remain competitive especially in maintaining input costs so that the margin will not be adversely affected by market conditions," it said in a filing with Bursa Malaysia.

Apollo expects to maintain its market position by implementing prudent measures and improving operational efficiency to safeguard its profitability.