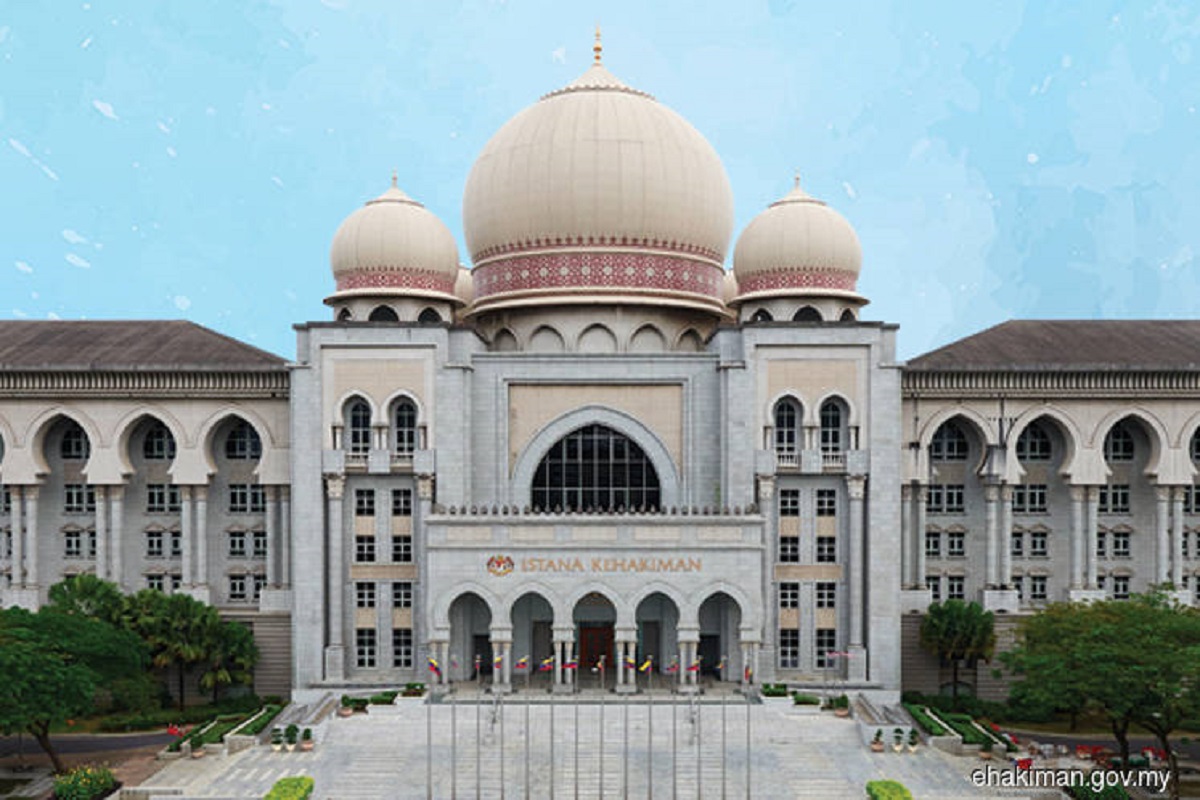 The nine-member panel chaired by Chief Justice Tun Tengku Maimun Tuan Mat made this unanimous decision with regard to SIS Forum (Malaysia) challenging Section 66(A) of the Administration of the Religion of Islam (State of Selangor) Enactment 2003 as invalid.

"Section 66(A) is clear in its terms, namely it allows the Syariah Court to possess powers of judicial review," she said, adding that was the state legislature's intent when enacting the said section.

She added that it was not apparent in the court's records that the said section was intended to cover matters of Islamic law only and not matters of "within the realm of public law".

"When the provision is cast in general terms and without limitations, it is not permissible for the court either to mend or remake the statute. Its only duty is to strike it down," she said in a decision delivered online via Zoom.

"I find that Section 66(A) of the Administration of the Religion of Islam (State of Selangor) Enactment 2003 is unconstitutional and void as it is a provision which the Selangor State Legislative Assembly has no power to make," she said.

Section 66(A) states that the Selangor Syariah High Court may, in the interest of justice, on the application of any person, have the jurisdiction to grant permission and hear the application for a judicial review on the decision made by the council or committees carrying out the functions under this enactment.

To recap, in January 2020, SIS filed the application naming the Selangor government as a respondent. The Selangor Islamic Religious Council (MAIS) was later allowed to act as an intervenor in the matter.

This petition is in regard to then High Court Judge Datuk Nordin Hassan's decision on Aug 27 last year, where he said Section 66(A) was an avenue for a judicial review in the Syariah High Court against the Selangor Fatwa Committee's declaration pertaining to SIS.

In 2014, the Fatwa Committee declared SIS a "deviant organisation" that had deviated from the teachings of Islam. The fatwa declared on July 17 was gazetted on July 31.

Justice Tengku Maimun said judicial reviews remain a "feature unique" of the civil courts as upheld in previous decisions such as the cases of Semenyih Jaya (2017), Indira Gandhi (2018) and Alma Nudo Atenza (2019).

The power of judicial review is "ingrained and inherent" in the civil superior courts, she said.

She added that in line with recent decisions, the court had clarified the scope of judicial review in matters pertaining to religion, citing the cases of Indira Gandhi and Rozila Ibrahim (2021).

"Where a matter concerns public law powers specifically, questions of obligations and compliance or non-compliance with written law are subject to a judicial review no matter the essence of the original subject matter," she said.

She noted that Section 66(A) in its current form does not solely pertain to "doctorial matters" or those relating to the religion of Islam but rather the powers of the committee referred to in Section 66(A).

The interpretation of the fatwa itself, she said, is a "different story", which falls under the jurisdiction of the syariah courts.

"If the vires of any fatwa or the conduct of the Fatwa Committee is challenged purely on the basis of constitutional or statutory compliance, then it is a matter for the civil courts.

"If the question pertains to the matters of the faith or the validity of the contents of the fatwa tested against the grain of Islamic law, then the appropriate forum for review is the syariah courts," she added.

In reaction to the decision, SIS counsel Datuk Malik Imtiaz Sarwar said the decision is important as it highlights the "demarcation" between the civil and syariah courts and the limits of the state legislative assemblies when enacting "so called" Islamic laws.

"The decision is welcome for making clear, and reiterating that, the constitutional design of our federal system reposes judicial power exclusively in the civil courts, and that these courts are the guardians of the Constitution which, as the court has once again reminded, is the supreme law," he said.

He was assisted by Fahri Azzat, N Surendra Ananth and Ameirul Aizat.