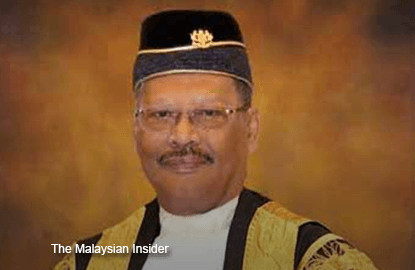 "Tan Sri Abdul Gani Patail's services as Attorney-General terminated as of July 27, 2015 due to health reasons – KSN," Bernama tweeted, referring to the chief secretary by its Malay acronym.

The news of a new Attorney-General comes amid an ongoing investigation into alleged scandals at state investment firm 1Malaysia Development Bhd (1MDB).

Gani had been one of four members of a high-level task force probing into allegations of financial wrongdoing, as well as claims that money flowed through 1MDB-linked entities before ending up in the personal accounts of Prime Minister Datuk Seri Najib Razak.

The task force has frozen six accounts in relation to its investigation into The Wall Street Journal's expose.

His replacement also comes amid expectations of a Cabinet reshuffle, where Najib is expected to drop five ministers, including his deputy, Tan Sri Muhyiddin Yassin, who has been critical of the prime minister's handling of 1MDB.

Sources said Najib's loyalists will be the dominant part of the Cabinet this time.

The A-G serves as the main legal adviser to the government, and the role is included in Article 145 of the Federal Constitution.

Gani has held the post since 2002 and was slated to retire in October.

However, de facto Law Minister Nancy Shukri had stated earlier this month that the government has the prerogative to extend his contract.

The new A-G, Apandi, played an instrumental role in the Catholic Church's battle to use the word “Allah” in newsweekly Herald.

On October 14, 2013, Apandi, who was then the Court of Appeal judge allowed Putrajaya's appeal against the High Court decision that a government ban on the Herald from using the word "Allah" was illegal, null and void.

He had said that the reason for the prohibition on the word was to prevent any confusion among the various religion and that national security and public order could be threatened if the publisher of the Herald was allowed to use the word "Allah".

Apandi held that the government had not violated the church’s constitutional rights, as the name "Allah was not an integral part of the Christian faith and practice," he had said. – The Malaysian Insider