Anwar urges Malaysians to support Mahathir 'to fix the rot' 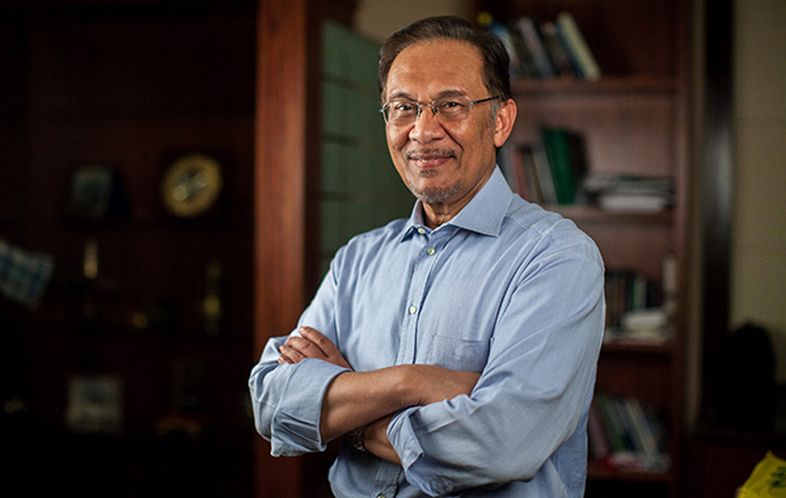 (May 7): In a letter from hospital, PKR de facto leader Anwar Ibrahim has urged Malaysians to support Mahathir in the 14th general election to "fix the rot" in Malaysia.

In the pre-general election message from the Cheras Rehabilitation Hospital where he is recuperating, Anwar also explained his decision to cooperate with his former nemesis, Malaysiakini reported.

"From Cheras Hospital, under strict observation of prison guards, I urge you to stand with the people's movement to demand change in the 14th general election," the letter read.

Anwar said Umno and BN were worried about his cooperation with Mahathir, and had even aired his past speeches attacking the former Prime Minister.

He said his family was initially wary of Mahathir, but they chose to place the interests of the nation first.

"Mahathir had proven his determination to the cause, accepted his past limitations, apologised and sacrificed his time and energy for the people and country.

"He has patiently faced Umno and BN's insults and focused on strengthening the Harapan machinery.

"I would like to urge the people to show support so as to allow him to fix the rot facing the country as a result of corruption and abuse of power by the Umno-BN government under the leadership of Najib Abdul Razak," he said in the letter.

Anwar also slammed Umno for claiming that Malays would be used by DAP, Malaysiakini reported.

"Umno-BN is playing up racial sentiment as it is unable to respond to the 1MDB and Felda scandals, as well as the people suffering due to the spike in prices of goods due to the introduction of the GST," he said.

Anwar said the people will decide the outcome of the general election, and no money or tycoon, slander and propaganda will change that.

"In 24 hours’ time, the country's future and the fate of our people are in your hands. Vote wisely and responsibly," he said.