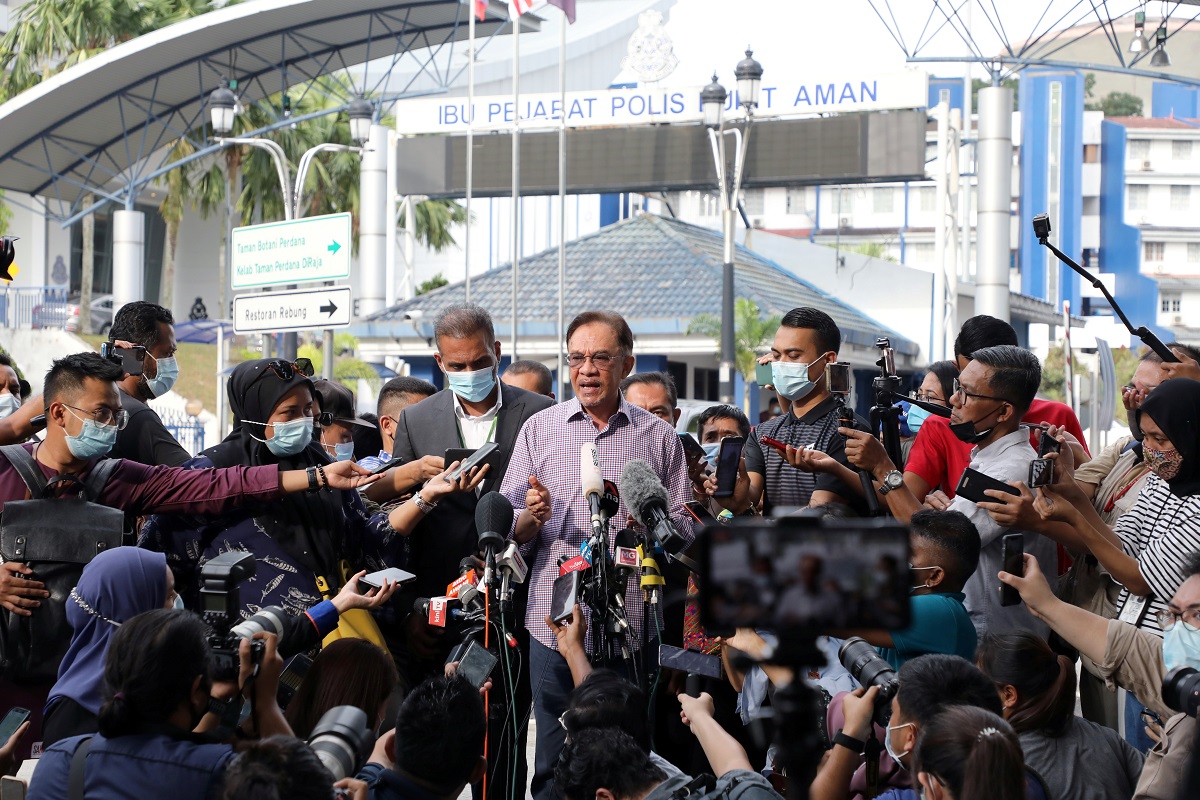 KUALA LUMPUR (Oct 16): Opposition leader Datuk Seri Anwar Ibrahim on Friday said a police investigation into a viral list of lawmakers said to be backing his bid for the premiership was a "malicious" attempt to pressure him to reveal the identities of his supporters.

Police on Thursday said they had summoned Anwar to assist a probe into complaints over a list of 121 lawmakers, which had gone viral on social media, allegedly backing his bid to take over as prime minister from Tan Sri Muhyiddin Yassin.

Anwar, who spent about two hours giving a statement to investigators, said only the king had the right to know the full details of lawmakers who he says are backing him to give majority support in parliament.

"I'm not here to cooperate with the political masters to give names, because it is not their business. It's between me and His Highness, the Agong," Anwar told reporters outside the Bukit Aman police headquarters, using the Malay term for the king.

"It's clearly malicious. It’s clearly a political harassment and clearly from my understanding there is a political instruction to the police."

Anwar had on Tuesday met with King Al-Sultan Abdullah to present documentation in a bid to prove he has a "convincing" parliamentary majority to form a new government.

But the palace later said Anwar had only provided the number of lawmakers who he said backed his bid to become prime minister and not their identities, and urged him to respect the constitutional process.

Read also:
Anwar summoned over list of backers for PM bid — police
Istana Negara: Anwar did not provide names of MPs supporting him