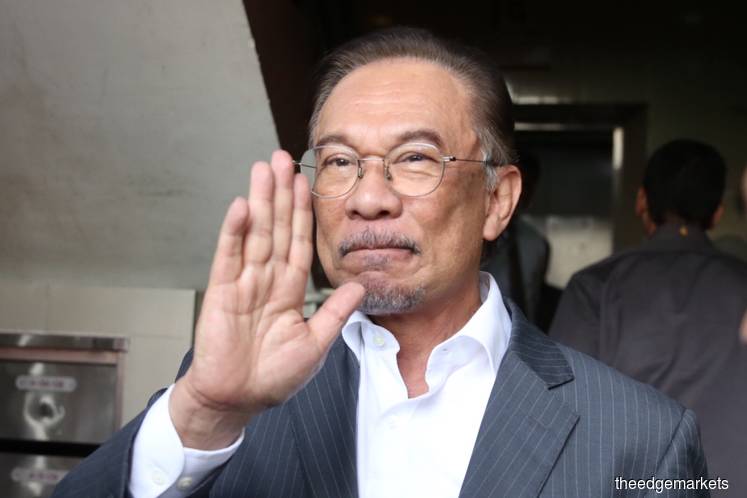 PUTRAJAYA (April 7): PKR president Datuk Seri Anwar Ibrahim has filed an application to review a majority decision by the Federal Court to decline to answer legal questions on the constitutionality of the National Security Council Act 2016 (NSCA).

He said the government, as a respondent in the case, had taken the position that his (Anwar's) lawsuit in the High Court should be struck out without being heard.

In the notice of motion, Anwar said there was also a serious breach of natural justice as he was not given the right to be heard on the issue of whether the constitutional questions posed were abstract, academic and hypothetical.

The Port Dickson member of Parliament said the majority had decided based on an issue that was never raised by the government.

Anwar is seeking the Federal Court to set aside the majority verdict and he wants the court to make an order deemed proper and just.

On Feb 11, the Federal Court in a 5-2 majority verdict declined to answer the constitutional questions raised by Anwar on NSCA.

Federal Court judge Datuk Nallini Pathmanathan who delivered the majority decision held that it has not been shown that the existence of the NSCA had interfered with Anwar's personal life.

She ordered the case to be remitted back to the High Court to be struck out.

Anwar had filed the originating summons in 2016 to challenge the constitutionality of the NSCA, claiming that its implementation was unconstitutional. He had named the National Security Council and government as defendants.

On March 14, last year, the Kuala Lumpur High Court allowed Anwar’s application under Section 84 of the Courts of Judicature Act 1964 to refer the matter to the Federal Court for determination of four constitutional questions.