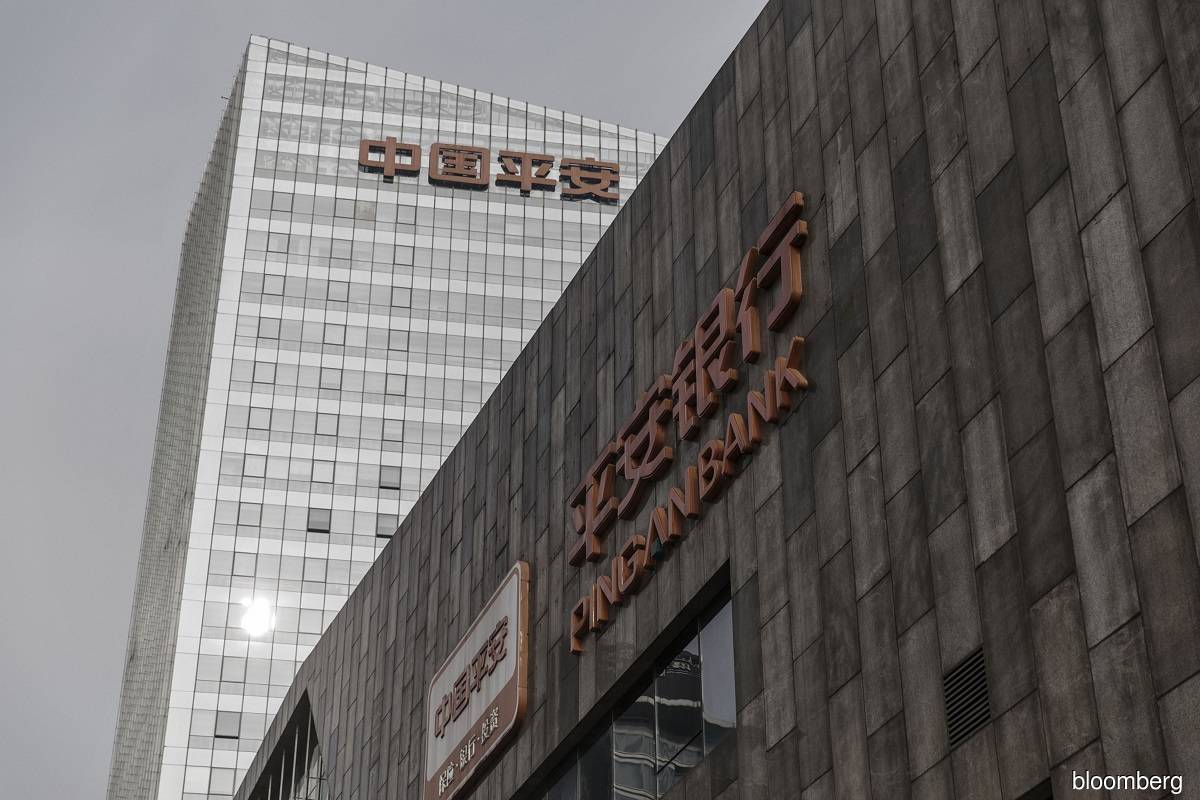 BEIJING (Nov 23): The headwinds that toppled Ant Group Co's initial public offering (IPO) now threaten a US$22 billion dream of China's Ping An Insurance (Group) Co — to pivot from a finance group to a tech giant and be valued like one.

While Ping An's Lufax Holding Ltd, which offers wealth management and retail lending services, was able to complete its US IPO days before new Chinese rules torpedoed Ant's US$35 billion sale, the stock has given up early gains and is now a target for short sellers. Renewed threats by US regulators to delist Chinese stocks also threaten Ping An's plans to take more of its in-house start-ups public.

Ant's IPO suspension "fundamentally changed near-term investment appetite" for Chinese fintech stocks, with Lufax as "the community's No 1 consensus short", according to a Nov 5 report from Procensus, which polled 84 global investors managing US$15.3 trillion. Short interest represented about 34% of Lufax shares outstanding as of Nov 17, up from just 5% when the Ant deal was pulled, according to data compiled by IHS Markit. Ping An owns about 39% of Lufax after the IPO.

China's tightening grip on fintech firms and an antitrust crackdown complicate Ping An's bid to lift its valuation closer to those garnered by tech giants like Alibaba Group Holding Ltd and Tencent Holdings Ltd. The Shenzhen-based finance firm, which gets three-quarters of its revenue from insurance, trades at about 10 times 2019 earnings; Alibaba's ratio is six times higher.

Ping An has pledged to plow more than US$22 billion into research from big data to blockchain to make it more "tech" than "fin", while carving out some of its units through public listings to maximise value.

China's move to place lending limits and boost capital requirements on fintech firms presents headwinds for the tech units, which also face threats in the US. The Securities and Exchange Commission intends to propose a regulation this year that would lead to the delisting of companies for not complying with US auditing rules, people familiar with the matter have said.

Lufax plunged 23% on the Bloomberg News report last Tuesday, paring gains to 8% since its IPO last month. OneConnect fell 3.1%, though it has still doubled this year. Ping An Healthcare was little changed last week in Hong Kong and has gained 78% in 2020. The rapidly evolving regulatory framework for fintech firms and other issues like data privacy could delay the IPOs of Ping An's other units, according to Sanjay Jain, Singapore-based head of financials at Aletheia Capital Ltd.

"Big tech will have to contend with growing regulatory oversight in various aspects. It is a global trend and unavoidable," he said.

Other units that Ping An intends to take public include Ping An Smart City and Ping An HealthKonnect, which provides management tools for hospitals and other healthcare businesses.

"Ping An's pace of spinning off its tech subsidiaries in the past four years has not been as smooth as it originally guided the market, if we look at both the number of IPOs and their valuations," said Leon Qi, a Hong Kong-based analyst at Daiwa Capital Markets.

Investors have yet to fully realise what technology can bring to Ping An, not just the value from IPOs, but synergies with its core business, executives including former co-chief executive officer (CEO) Lee Yuan Siong have argued in recent years. Ping An declined to comment for this story.

While management has said it is not in a hurry to launch IPOs for the tech units, a crackdown on peer-to-peer lending held up the listing of Lufax for a few years. What was once the largest P2P lender morphed into a wealth-management platform as the number of firms was cut to three from more than 5,000.

"The company might have been ready to list a couple of years ago, but the regulations were still unclear," Lufax CEO Gregory Dean Gibb said in an interview. Now, "the rules are clear, the requirements are clear".

Gibb spoke just three days before Jack Ma and other senior executives at Ant were summoned by Chinese regulators, derailing the record IPO that sent shockwaves through financial markets. New regulations to root out monopolistic practices shaved almost US$290 billion off the market value of Chinese tech giants in two days.

While Lufax may not be impacted by China's new rules as much as Ant, it remains "quite exposed" to the risks of regulatory caps on its lending rates, said Kevin Kwek, an analyst at Sanford C Bernstein.