Another quiet quarter for high-rise residences 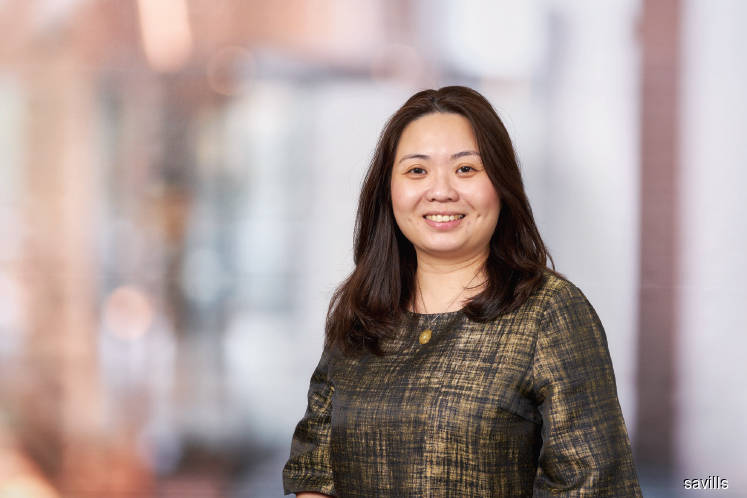 Cautious market sentiments are expected to prevail in the near term as the residential high-rise secondary market remained inactive in the last quarter of 2018. The inactivity was due to a lack of improvement in the market following the general election in May last year and the measures announced in Budget 2019, which consisted of a mixed bag of property-related news, says Amy Wong, Savills Malaysia director of research and consultancy, when presenting The Edge/Savills Klang Valley high-rise residential property monitor for 4Q2018.

“According to the samples of our research analysis, the transaction volume of high-rise residences in the secondary market dropped in both KL and Selangor in 2018 compared with 2017. KL recorded only half of the total transaction volume compared to the previous year,” she explains.

The KL secondary market for high-rises remained quiet in the review period. KLCC and Bangsar recorded no transactions for 2-bedroom units whereas a very limited number of similar properties were transacted in Mont’Kiara.

“Further checks revealed that the average asking price in these three zones dropped about 3% quarter on quarter in 4Q2018, although it was still 10% to 15% higher than the average transacted value.

“Having said that, the high-rise residential property market in KL is expected to remain challenging due to the large impending supply in the near term,” says Wong.

Selangor’s secondary market for high-rise residences was also quiet in the review period with fewer transactions. Both the transaction value and asking price were lower compared with 2017.

“We expect high-rise property prices in the Selangor secondary market to be subdued in some locations due to stiff competition from the primary market where developers are offering buyers attractive homeownership packages,” says Wong.

Another slow quarter in KL

Fewer secondary transactions were recorded in KLCC after GE14. According to Wong, this sluggish trend applied to residential units of all sizes, including the sampled 2-bedroom, 1,000 to 1,600 sq ft apartments. “Although the more recent launches, including small offices/home offices (SoHos), focused on smaller units of between 500 and 1,000 sq ft, the secondary market in KLCC is still inclined towards the bigger units of more than 1,500 sq ft. These accounted for over half the secondary market transactions last year.”

Only RuMa Hotel & Residences was completed in KLCC in 4Q2018, adding 200 units to the market. There were no new launches during this period.

“The prospects for high-rise residential properties in KLCC remain challenging. With over 6,000 units of new supply scheduled for completion in KLCC by 2020, there is unlikely to be an upswing in market activity and pricing in the near term,” says Wong.

In Bangsar, the overall secondary market saw slower activity year on year with fewer transactions in the second half of last year, particularly in 4Q2018. “Units of between 1,000 and 1,499 sq ft remained popular in the area, accounting for 30% of secondary market transactions last year. As for capital value, high-rise residential properties remained stable year on year,” says Wong.

Cascadium recorded its highest transacted price per square foot of RM1,250 in 3Q2018. Asking prices for units of similar size in the development were lower at between RM792 and RM1,185 psf.

“According to our conversation with property agents, poorly maintained properties in Bangsar are likely to experience lower asking prices/possible value depreciation,” says Wong.

As at 4Q2018, four low-density residential projects were under construction in Bangsar, offering between 18 and 56 units per scheme, and are slated for completion by 2019 to 2020. This year, work is expected to commence on two projects in Bangsar, one of which is the unnamed mixed-use development on the site of the Tenaga Nasional Bhd headquarters and the other a low-density residential development by Xian Property.

Unlike in KLCC and Bangsar, Mont’Kiara’s secondary market saw more activity last year despite experiencing lower transaction volume. Savills Malaysia’s analysis reveals that the more than 60% secondary transactions last year consisted of high-rises of 1,500 sq ft and above in size.

Fewer 2-bedroom high-rise residential properties were transacted in Mont’Kiara in 4Q2018 while the average price of the samples retracted about 3% quarter on quarter to RM736 psf.

Most of the under-construction projects in Mont’Kiara are reportedly 60% to 70% sold. Residensi Astrea Mont’Kiara, for example, had recorded a take-up of 60% as at 4Q2018 since its launch last October.

Last year, the launch price of high-rise residential properties hovered between RM620,000 and RM1.2 million or RM630 and RM1,100 psf. Among the incentives offered by developers to attract purchasers were cash rebates, low down payment, and guaranteed rental return.

“We don’t expect an upswing in the prices of properties in Mont’Kiara for the near term as the overall market sentiments, especially on the secondary market, are still weak. Also, there will be a bulk of new supply coming into the market between 2019 and 2020,” says Wong.

The secondary market in Bandar Sunway was inactive in 4Q2018, prolonging from 1H2018. In the review period, the asking price of 3-bedroom high-rise residences registered a drop of 2% quarter on quarter, hovering at around RM500 to RM800 psf.

Recently launched high-rise developments comprised mainly smaller units (including SoHos) with some being dual-key units targeted at the young demographic. For example, Union Suites and Greenfield Residence, launched in 2017, offered units with built-ups of 463 to 1,445 sq ft and 581 to 1,302 sq ft respectively.

Over in Petaling Jaya, a new supply of 2,769 units entered the market in 4Q2018. In PJ Central, the completions included Biji Living (425 units), PJ Midtown (758 units) and Sapphire Paradigm Residences (229 units). PJ North saw one completion in H2O Residences, comprising 877 condos and 480 SoHos.In 4Q2018, Sime Darby unveiled the final block of Cantara Residences, which offered 188 units with built-ups of 646 to 1,184 sq ft, and recorded a take-up of 80%. Another launch was of the build-then-sell development, Sapphire Paradigm Residences, by WCT Holdings Bhd.In Subang Jaya, the secondary market for high-rise residential properties slowed down last year with transactions reduced by more than 50% year on year. Prices remained unchanged in 4Q2018.

There were no new launches in Subang Jaya in 4Q2018. New completions expected in the area in the next two to three years are Paisley Serviced Residences @ Tropicana Metropark (587 condos), Lot 15 Serviced Residences (361 units) and The Grand SS15 (483 SoHos).