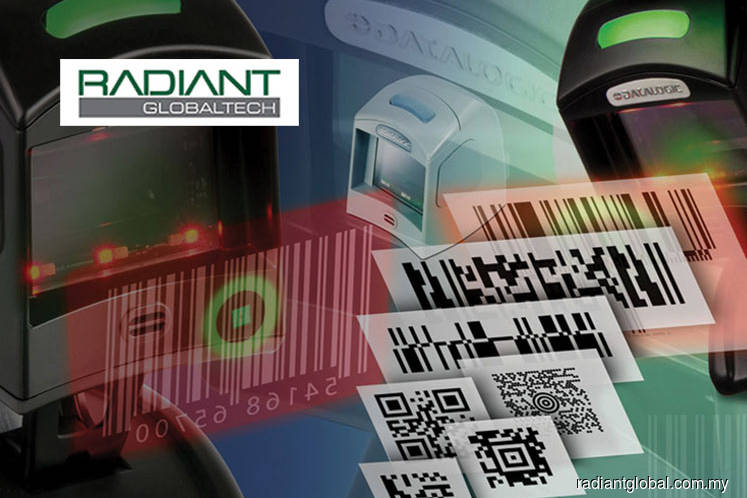 KUALA LUMPUR: Retail technology solution provider Radiant Globaltech Bhd made a strong debut on the ACE Market of Bursa Malaysia yesterday with its share more than doubling in value.

The company’s impressive performance comes after the good showing by two other companies — Revenue Group Bhd and Nova Wellness Group Bhd — that listed their shares on the ACE Market last week.

“I can see that the shareholders support us and we are looking forward to growing the business together with them,” Yap told a press conference after the group’s listing.

Retail technology solutions are products and services used by businesses in the retail sector to automate their operations to increase efficiency and reduce costs, according to its prospectus.

He said the group is looking at retailers in the shopping centre, airport, utility and food and beverage segments as the potential areas for expansion.

“Given our strong track record, wide portfolio and proven capabilities, we are optimistic about securing more customers going forward,” he added.

Yap said Radiant Globaltech, which has expanded into the regional market by setting up offices in Vietnam and Cambodia, will continue to focus on this market.

“The main focus will be on Southeast Asia for us to expand our business.

“In the near term, we will be more aggressive in moving into the Indonesian market after securing [sales from] a hypermarket via our distributor. We have signed with them but haven’t received the official consent yet,” he said, declining to identify the hypermarket.

Radiant Globaltech posted a net profit of RM189,000 on revenue of RM13.8 million for the first quarter ended March 31, 2018, with 91% of the revenue coming from the hardware and maintenance segment, and the balance from software. There are no comparative figures as this is the group’s first announcement of consolidated financial results in compliance with the ACE Market listing requirements.

Yap said as at FY17, overseas sales contributed about 17.56% of the group’s revenue, while the remaining 82.44% was from the local market.

“Going forward, we hope to grow our overseas contribution number further,” he added.

The bulk of the initial public offering proceeds totalling RM14.6 million will be allocated for business and capital expansion, with RM10 million for Malaysia, RM1.6 million for Vietnam and RM3 million for retail software expansion.

Another RM4.8 million will be used for working capital, RM6.6 million for repayment of bank borrowings and RM3.5 million for listing expenses.