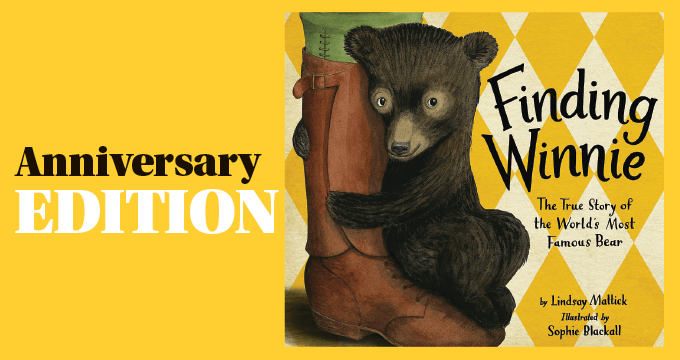 RELEASED in 1926, A A Milne’s Winnie-the-Pooh has been a classic for generations. With that collection’s 90th anniversary on the horizon, there’s a new set of tales in the works, as well as a book telling the real-life origin story of the beloved bear.

Announced by publisher Egmont, the new anthology is to be published in October 2016, marking the 90th anniversary of the original book. Four authors who have — let the speculation begin — yet to be announced will write new stories, with Mark Burgess’ illustrations taking over from those created by E H Shepard in the original book.

The collection will be the sequel to 2009’s Return to the Hundred Acre Wood, a collection of stories written by David Benedictus and illustrated by Burgess that marked the first authorised book about Pooh, Piglet, Tigger, Eeyore, Rabbit, Owl, Kanga and Roo since Milne’s 1928 sequel The House at Pooh Corner.

Egmont says additional plans are in place to celebrate the book’s anniversary year.

In the meantime, a book from Lindsay Mattick is to tell the true story of how a real bear inspired the famous character. Due out in October, Finding Winnie begins in 1914, when a Canadian veterinarian named Harry Colebourn rescued a baby bear and named him Winnie, after his hometown of Winnipeg.

The author, Lindsay Mattick, is Colebourn’s great-granddaughter, and she tells the story of how Harry and Winnie made their way to England for World War I and later to the London Zoo, where Winnie met a boy named Christopher Robin — Milne’s son.

With the book yet to hit shelves, movie rights have reportedly been acquired by RatPac Entertainment. An adaptation would follow on from A Bear Named Winnie, a 2004 television movie based on the story that starred Michael Fassbender.

Winnie-the-Pooh has never been far from the spotlight since the book came out nearly 90 years ago. A 1977 film, several television series and, most recently, the 2011 animated movie Winnie the Pooh, are all part of what’s become a Disney franchise, and the honey-loving bear even inspired the 1970 Kenny Loggins song House at Pooh Corner. — AFP