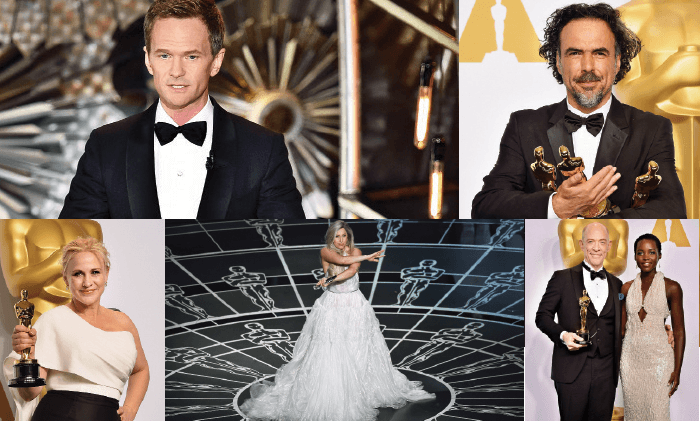 The film, a satire about a washed-up superhero film actor battling to revive his career on Broadway, was a grand triumph for Mexican director Alejandro Gonzalez Inarritu, who himself won three of the four golden statuettes.

Best actor went to Britain’s Eddie Redmayne as astrophysicist Stephen Hawking in The Theory of Everything, while veteran Julianne Moore took best actress as a professor suffering from early-onset Alzheimer’s disease in Still Alice.

Inarritu, the second Mexican in a row to take the best director Oscar after Alfonso Cuaron won last year for Gravity, dedicated his award to his fellow countrymen.

Talking about Mexican immigrants into the United States, he said: “I just pray that they can be treated with the same dignity and respect as the ones who came before and built this incredible immigrant nation.”

Coming-of-age drama Boyhood, which had been going head-to-head for the best picture race, perhaps suffered the biggest disappointment, with only one Oscar on six nominations — best supporting actress for Patricia Arquette.

Host Neil Patrick Harris launched the three-and-a-half-hour show with a song and dance routine about the movie industry itself — including a joke about the lack of any non-white actors in the four acting categories.

“Tonight, we honour Hollywood’s best and whitest ... sorry, brightest,” he said, earning laughs from the star-studded audience at the Dolby Theatre.

Arquette hit a political note in accepting her prize, giving a shout-out to “every woman who gave birth, to every taxpayer and citizen of this nation. We have fought for everybody’s equal rights. It is our time to have wage equality once and for all, and equal rights for women in the United States of America,” she said.

In the end, it won for best original song for the rousing Glory — and the A-list audience rose to their feet after John Legend and Common performed the song — Oyelowo could be seen with tears pouring down his face.

“We live in the most incarcerated country in the world,” Legend said as he accepted his Oscar.

“There are more black men under correctional control today than there were under slavery in 1850.”

Among the funniest moments of the night was when Harris appeared on stage naked except for his underwear — at the end of a backstage skit mimicking a scene from Birdman.

John Travolta also got his comeuppance for flubbing singer Idina Menzel’s name at last year’s show as he introduced her to sing Let It Go, the Oscar-winning song from Frozen.

Harris took a dig at Travolta, joking that Benedict Cumberbatch is how the Pulp Fiction star would pronounce Ben Affleck. Menzel then introduced him as Glom Gazingo.

“I deserve that,” Travolta said.

Lady Gaga almost brought the house down with a soaring medley of songs from the classic The Sound of Music to mark its 50th anniversary — before welcoming actress Julie Andrews onto the stage. — AFP 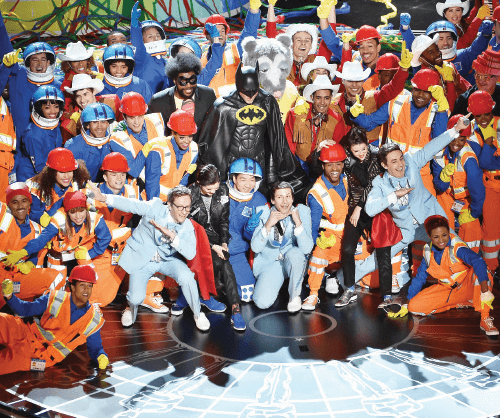