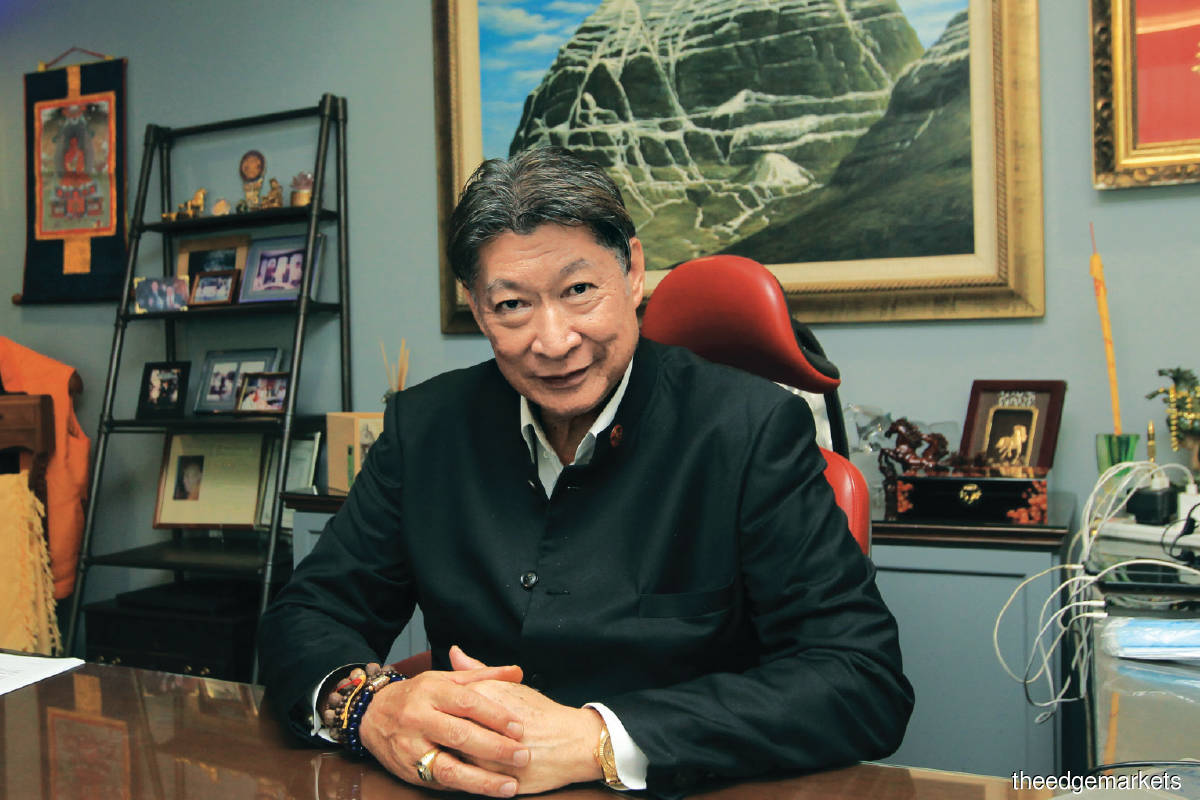 FIVE-decade-old Ancom Bhd recently piqued the interest of investors because of its restructuring plans, even though the group has been working on the corporate exercise for more than two years now.

Ancom executive chairman and substantial shareholder Datuk Siew Ka Wei tells The Edge that the opportunity to inject Ancom Logistics Bhd’s (ALB) business into Nylex (M) Bhd only came about recently. “We want to use this time to reset the whole group. It gives us a chance to reset,” he says in an exclusive interview.

The group’s logistics business under ALB and Nylex had not been performing as separate entities, causing Siew and his team to look at merging the two businesses to improve efficiencies and potentially beef up earnings.

While they had an overall strategy, the path to executing the plan has not been smooth. Several restructuring pitches have been turned down by the regulators over the past two years.

Finally, over a month ago, an opportunity arose via S5 Holdings Inc — believed to be a company to watch out for in the immigration technology space — which had sought a backdoor listing via ALB as Ancom undertook the restructuring exercise to inject ALB’s business into Nylex.

Siew hopes the restructuring will turn Nylex around within 12 months as it will complete the logistics supply chain and improve efficiencies. “If we take the logistics asset out of ALB, it will become a PN17 company. So, we were deliberating on what asset to put into the listed company,” he says. “We considered a few businesses. Then, we were approached to acquire an asset that is a major player in its area of expertise. It is in the technology sector, which we think is very relevant today.”

Siew hopes to cut the losses at Nylex for it to become profitable as the group strengthens its overall business through the corporate restructuring. “Our manufacturing side is profitable and even with the downturn today, we are making a small profit. We are the biggest petrochemical stockist in Southeast Asia, so any drop in prices impacts us. But worse than that is the reduction in volume. A stagnant market has affected us,” he says.

“But in good times, we do well. So, we have to wait for the upturn. And as we wait for the tide to turn, we want to reorganise.”

Meanwhile, at Nylex — which is in logistics, chemical manufacturing and distribution — its net loss widened to RM25.7 million in the financial year ended May 31 from a loss of RM4.5 million a year earlier, on the back of a 27.2% drop in revenue to RM1.13 billion.

Losses at holding company Ancom also expanded in the financial year ended May 31, to RM18.9 million from RM2 million the previous year. The group recorded lower revenue of RM1.47 billion (compared with RM1.99 billion the year before) and saw one-off impairments of RM5.5 million for goodwill and RM3 million for investments in associates.

Siew expects a much better year for Ancom in 2020 due to the cost-cutting measures undertaken by the group, which include salary cuts but not job cuts, and the expansion of its profitable agriculture chemical business Ancom Crop Care Sdn Bhd (ACC).

ACC manufactures and distributes herbicide products as well as provides anti-pest, dengue monitoring and sanitisation services. It generated a net profit of RM35 million in the financial year ended May 31, 2019 (FY2019).

Forging ahead with alliances, partnerships

“The most important thing in business is your alliances, your partners, your team and your network,” says Siew. “Whichever partner we pick must be a major player in the business it is in, with a good reputation and track record.

“That is the only way to grow. We cannot be good in everything. That is why we pick good partners to grow.”

Is that why Ancom picked S5 as its partner? “Yes,” he says. “I believe it has a good business model.”

Siew reveals that the partnership with S5 is not a new working relationship as he had been in a joint-venture fertiliser business over a decade ago with one of S5’s directors, Tuan Syed Mohammad Hafiz Syed Razlan.

When asked how big a stake Ancom will be holding in S5 as it will no longer be a holding company of the ALB shell upon restructuring, Siew says the group is still waiting for a valuation report and the recommendation of its advisers.

“The largest capitalisation digital-based company paid RM90 million for a 10% stake in S5. MyEG [Services Bhd] is experienced in this line of business. It must recognise the value,” he says.

Restructuring does come with changes and the emergence of a new director at ALB recently — Tan Sri Ampikaipakan S Kandiah — which has raised eyebrows as the medical doctor is also part of Prime Minister Tan Sri Muhyiddin Yassin’s medical team. Is this a political appointment?

Siew denies this, saying, “He is also my respiratory doctor. At the end of the day, one cannot depend on political links for business. That is not sustainable for the business (see accompanying story).”

On its media business that does outdoor advertising, Siew says the group has sold control of the firm to its partner, VGI Group, a large media group in Thailand. The businessman also owns the Malay Mail online platform in his personal capacity.

“We have been in discussions for the last six months with potential strategic partners, both local and international, on how to take the listed group forward. These are preliminary discussions and we will make a public announcement if any of these come to fruition,” says Siew.

“It is unfortunate that we have this Covid-19 situation. It is a total reset ... everybody in the group is working extra hard to survive this. People are an important asset — the business model must be implemented by a strong and committed team. Ancom is led by Lee Cheun Wei while Nylex is led by Robin Ling.”

He draws a parallel between the current pandemic and the Honduras Choluteca bridge. “In Honduras, the government hired expert engineers to build a top-of-the-line stable bridge over a river. A category 5 hurricane hit and the entire landscape changed, resulting in the river not flowing anymore under the bridge but beside it. So, the bridge does not serve its purpose anymore,” he points out.

Like the Honduras bridge, Covid-19 is an unforeseen circumstance that has impacted business models and structures. “The pandemic has forced everybody to rethink how to do business. Sadly, not everybody will survive,” says Siew.

Will Ancom survive? “Of course,” he asserts.

One cannot depend on political links for business, says Siew

Politics and business may be intertwined in Malaysia, but businesses should not depend on politics to survive, says Datuk Siew Ka Wei. “I believe that if you just depend on political links, you cannot grow. You have to depend on your business model to grow,” he tells The Edge.

“Having political links is one thing. But if your business model doesn’t work, it just doesn’t work.”

To the notion that he is politically linked, given his close ties with former prime minister Datuk Seri Najib Razak, Siew retorts, “No, I am not.” He adds that he has known Najib and his family, including his brother Datuk Johari Razak, for many years — long before Najib became premier in 2009. Johari was once on the board of Ancom.

“At the end of the day, one cannot depend on political links for business. That is not sustainable for the business. Every time there is a change in government, you are dead!

“Our business did not die. So, that is the basis. You must sustain your business based on the strength of the business model.”

“You just have to be clear on what you will do. I will not do a project that I cannot defend.”

Siew, who is a former Tourism Malaysia chairman, was remanded by the Malaysian Anti-Corruption Commission (MACC) for four days in January last year over a RM100 million tourism contract awarded before Malaysia’s 14th general election. When asked, he commends the MACC for doing a “thorough job” on the case.

“I thank them for their professionalism. They cleared me in this case earlier this year and issued an NFA (No Further Action) in January. We have moved on,” says Siew.

“I must also thank all our partners. Every one of them stood by us. Despite everything that happened, they stood by us.”