Analysts: FGV likely to be out of KLCI list 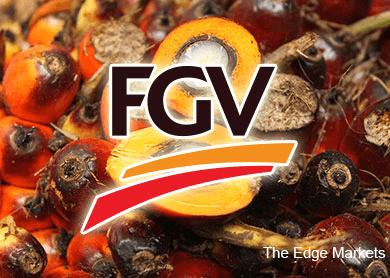 FGV (fundamental: 1.55; valuation: 1.4) was selected an index constituent in December 2012 at a time when its market capitalisation stood at some RM19 billion. Its market cap is now just RM7.59 billion.

In a report last Friday, Maybank IB Research sees FGV exiting as an FBM KLCI constituent as it ranked 41st in terms of market cap, and being replaced by Westports Holdings Bhd which ranked 28th by market cap at RM14.83 billion.

According to Maybank IB Research, the list is due for a review, using share prices at market close on May 25, 2015. The constituent changes will be implemented after the market closes on June 19, and will be effective June 22. Among the companies currently on the list are Public Bank Bhd, Tenaga Nasional Bhd, Malayan Banking Bhd, CIMB Group Holdings Bhd and Axiata Group Bhd.

RHB Research Institute head of research Alexander Chia is also of the view that FGV will be dropped from the FBM KLCI constituent list next month. He pointed to the five counters on the FBM KLCI reserve list, namely YTL Power International Bhd, Gamuda Bhd, Westports, Hap Seng Consolidated Bhd and IJM Corp Bhd, that will likely take over FGV’s place.

In a report dated April 6, 2015, Kenanga Research also did not rule out the risk of FGV being removed from the FBM KLCI constituent list during the next review should its share price decline further. It noted that FGV’s share price has performed poorly in the last six months, plummeting 38% since October 2014 compared with the KL Plantation Index which declined 6% in the same period. However, the risk to FGV’s potential exit as an FBM KLCI constituent is that the stock may drop off the radar of institutional investors.

Already, FGV has drawn flak for its poor share price performance, which, at last Friday’s closing price of RM2.08, is less than half of its IPO price of RM4.55.

Its net profit for the financial year ended Dec 31, 2014 (FY14) also came in below consensus expectations, due to larger downstream losses and higher minority interest. It saw net profit plunge 68.8% to RM306.37 million compared with RM982.25 million in FY13.