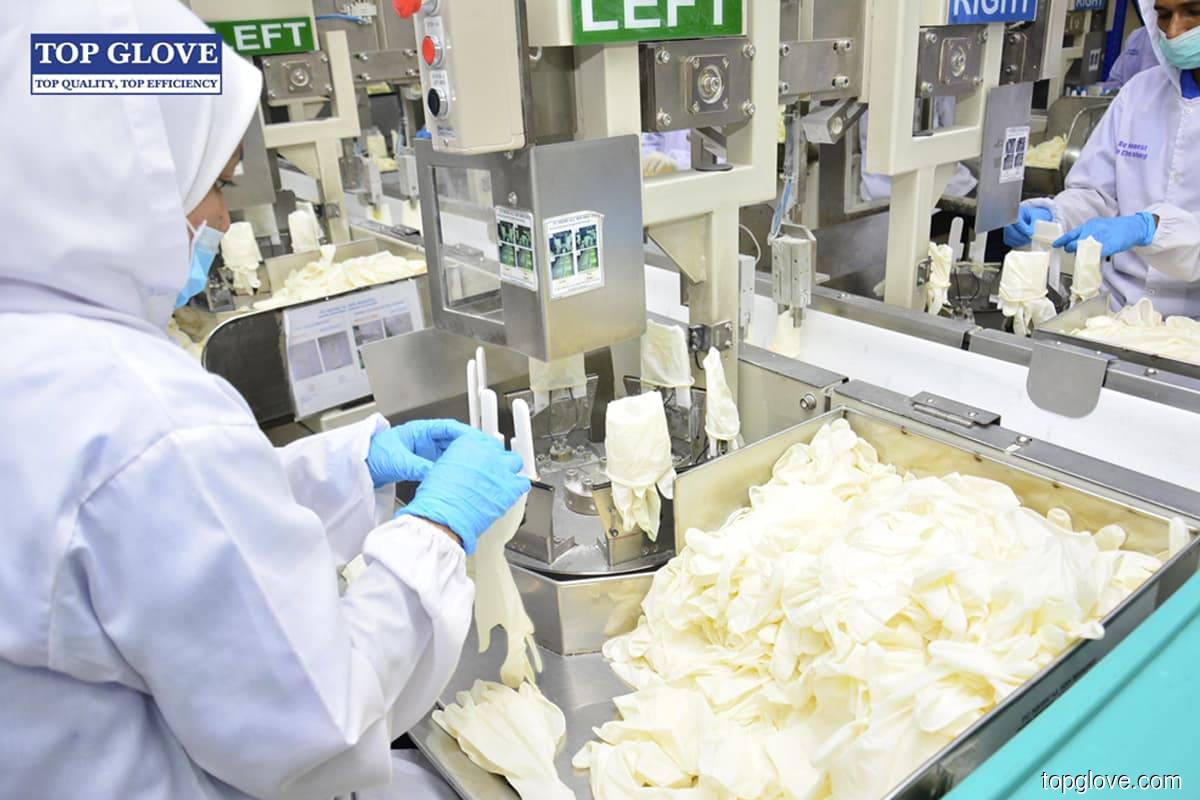 Revenue, meanwhile, is expected to decline to RM6.1 billion from  RM16.4 billion in FY21, according to the consensus projection based on Bloomberg data.

Based on the RM300.65 million net profit estimate for FY22, Top Glove's net profit for 4QFY22 would be around RM12 million, the lowest quarterly earnings since 4QFY04 when the group posted RM11.76 million.

For the first nine months of FY22, the group reported a net profit of RM288.56 million and revenue of RM4.5 billion.

According to Bloomberg data, three out of 12 analysts have forecast that Top Glove would earn a net profit of below RM275 million for FY22, which indicates that the group may have suffered a loss in 4QFY22. These analysts are from from Hong Leong Investment Bank Bhd, Public Investment Bank Bhd and KAF Equities Sdn Bhd.

Another three analysts — from Affin Hwang Investment Bank Bhd, TA Securities Holdings Bhd and UOB Kay Hian Research —
have projected Top Glove's net profit for FY22 at between RM298 million and RM299 million, which would give a net profit of below RM12 million for 4QFY22.

Meanwhile, two other analysts — from BIMB Securities Sdn Bhd and MIDF Amanah Investment Bank Bhd — estimated that the group would secure a net profit of above RM330 million for FY22.

Top Glove's rival, Hartalega Holdings Bhd, had reported a net loss of RM197.9 million for its fourth quarter ended March 31, 2022 but managed to return to the black in the first quarter ended June 30, 2022 with a net profit of RM88.28 million.

Careplus has sunk into the red since its fourth quarter ended Dec 31, 2021. Comfort Gloves had a rebound for its second quarter ended June 30, 2022 after it went into a loss for its first quarter ended March 31, 2022.

In its investor presentation uploaded on its website on Monday, Top Glove highlighted that nitrile glove sales volume continued to show an increasing trend driven by sales to the US, Western Europe, Asia and Latin America.

Top Glove added that there are strong growth opportunities in developing countries on the back of large populations but with current low glove usage such as Indonesia, India and China.