Analysts: AirAsia may have to take rights issue route, but timing tricky 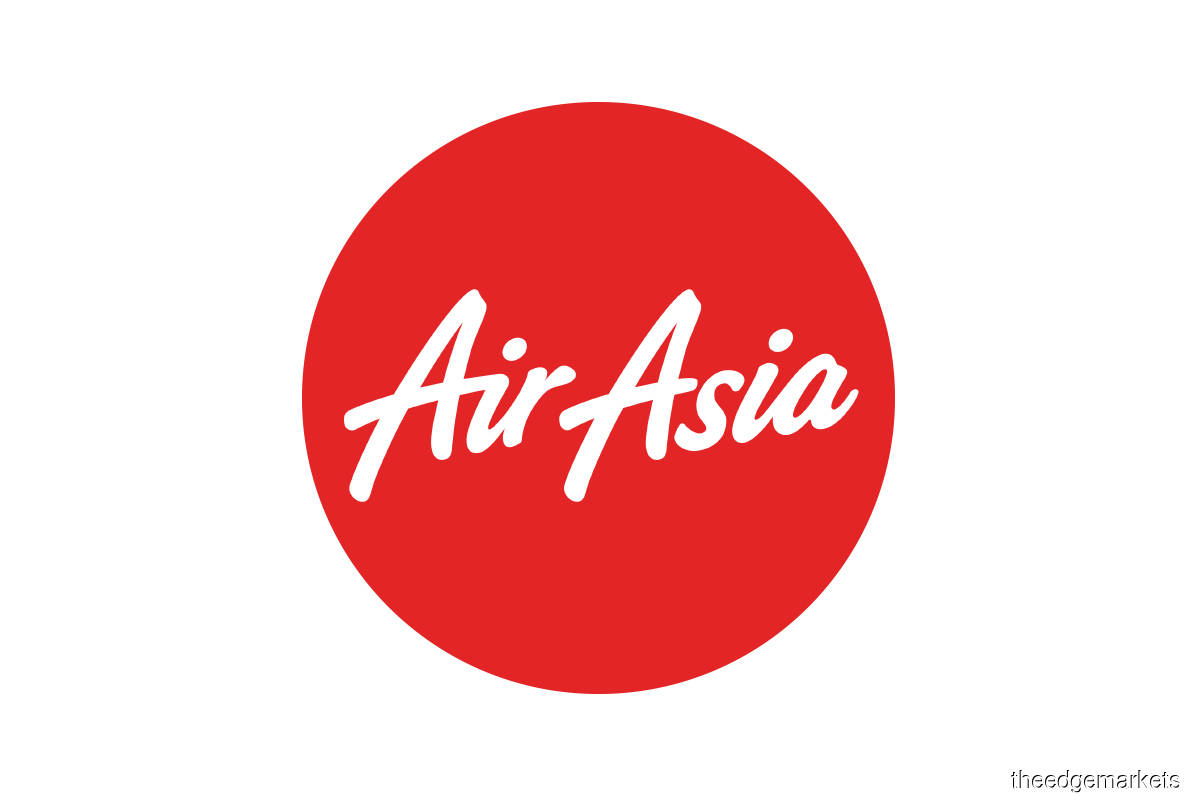 AS loss-making AirAsia Group Bhd explores all avenues in the race to raise as much as RM2.5 billion in additional capital before the year-end, it is widely expected to tap the equity market. The question now is, when will be a good time to undertake it?

While no decision has been made regarding the amount to be raised or the timing of the share sale, analysts say AirAsia’s management has explicitly noted that a rights issue is on the cards.

According to AllianceDBS Research analyst Siti Ruzanna Mohd Faruk, the budget carrier has debt and rights issuance currently under discussion.

Hong Leong Investment Bank Research (HLIB Research) analyst Daniel Wong says AirAsia will be calling for a capital-raising exercise to ensure sufficient liquidity, as well as recapitalise its deteriorating capital position. He is assuming that the carrier will raise shares by 20% through cash calls in 2021.

CGS-CIMB Research transport analyst Raymond Yap sees AirAsia issuing four billion new shares at 35 sen each to raise RM1.4 billion in new equity this year although the equity issue may spill over into the next financial year ending Dec 31, 2021 (FY2021). The price of 35 sen is a 47% discount to last Thursday’s closing price of 66 sen (before rights issue adjustment).

“There are talks on capital raising on the equity market but, so far, nothing is concrete yet, except [that] there is urgency to the exercise as [AirAsia’s] management wants to complete the bulk of fundraising by the end of 4QFY2020,” MIDF Research wrote in a note to investors on Aug 26.

It says management had indicated a conservative estimated capital need of between RM2 billion and RM2.5 billion to tide it over comfortably until the end of FY2021. “While we acknowledge AirAsia’s strong relationship with its stakeholders; we do not discount the possibility of a softer-than-expected financial market,” the research firm adds.

The Malaysian equity market is up 27% from a 52-week low on March 19, when the Covid-19 outbreak sent the world’s markets into freefall. The benchmark FBM KLCI closed at 1,554.78 points last Thursday but is still down 2.1% so far this year. And while investors are buying stocks in sectors such as industrial products and services, healthcare, technology, and consumer products and services, they are shunning aviation stocks as they do not see the sector recovering anytime soon.

Khair Mirza, regional director of Modalis Infrastructure Partners Inc, a Canadian strategic investment advisory, says market uncertainty is a key factor in any fundraising efforts. This is compounded by the still-unclear outlook for international travel and tourism.

“Within the operating constraints and recent pronouncements by other airlines about their cash-burn rates, it is not inconceivable that RM2.5 billion or more could be required [by AirAsia]. Even this scenario assumes that airlines can start selling six months into 2021 with the usual gusto,” he tells The Edge. “Otherwise, as the International Air Transport Association has indicated, most airlines might need the best part of two to three years to get back to pre-Covid-19 levels, without considering the financial state they will be in by then.”

Nevertheless, he believes it is more prudent for aviation-related companies to be prepared for the worst-case scenario, while also positioning themselves to capitalise on market opportunities such as mergers and acquisitions of rival airlines or airports at distressed valuations.

Carrier may consider bringing in investors for digital businesses

Khair says the market precedence is for existing or new shareholders to first invest in new equity via a rights or placement issue.

“Additionally, some have managed to survive by borrowing more money from lenders. Others have also resorted to selling shares in parts of their businesses or assets,” he says, citing AirAsia.com as one of the assets that AirAsia can monetise.

“In the end, a combination [of fundraising methods] is likely given the already elevated debt levels in locally listed transport companies.”

Nomura Global Markets Research analysts Ahmad Maghfur Usman and Divya Thomas note that AirAsia is growing its digital businesses, including AirAsia.com and BigPay, rapidly and may consider spinning off some parts of the business or bringing in strategic investors.

“[AirAsia’s] management highlighted that a combination of rights issue, convertible debt and government guaranteed debt is also in the cards, with an indicative size of RM2.5 billion in total targeted [capital raising] before year-end. For now, we have modelled this as borrowings, although there will be dilution risk, in our view, from a cash call, given the expanded share base,” they say in an Aug 26 report.

MIDF Research also points to AirAsia’s determination to diversify its core earnings away from the traditional airline business model into the digital business, which is divided into a few divisions, namely platform (AirAsia.com), logistics and e-commerce (Teleport) and financial services (BigPay and Big Loyalty).

“Despite the aggressive marketing of its digital platform, at this juncture, it is still premature to estimate any earnings contribution from this segment as the businesses are still loss-making and small relative to the overall group,” it adds. “Alternatively, AirAsia can replace part of equity with additional debt, thus the capital structure is altered. One way to do this is via the issuance of bonds, either perpetual or Islamic. This route is also advisable given that its share price has tanked [so] much,” he tells The Edge.

Shukor says AirAsia will need to raise at least US$500 million (RM2.09 billion) in the immediate term. “AirAsia has net cash of about RM1 billion, but the ringgit is not useful when most fixed costs (fuel, lease rentals) are denominated in US dollars. To be really comfortable, AirAsia needs to raise at least US$500 million and even that is no guarantee [it will be enough to keep it flying],” says Shukor, who believes air travel will not recover until Covid-19 is well and truly overcome.

Moody’s Investors Service does not expect volume to return to the pre-Covid-19 level until 2023 at the earliest for most global travel and tourism-dependent sectors.

“National, state and local government response to outbreaks, particularly by requiring lengthy quarantines for visitors, will limit the pace of recovery,” it says in an Aug 25 report.

Will shareholders back the rights issue?

Still, should AirAsia undertake a rights issue, it will have to convince shareholders of the worthiness of its business operations. Last month, its external auditors had flagged its loss-making and negative working capital position in respect of its FY2019 audited financial statements, which may cast doubts on the carrier’s ability to remain a going concern in view of the current economic conditions and the pandemic.

“The audit opinion of Messrs Ernst & Young PLT on AirAsia’s FY2019 accounts may be the real issue for any new shareholders. The accountants interpret it to mean that the carrier was already facing a going concern issue in 2019, even before the pandemic hit,” says Modalis’ Khair.

An analyst at a local brokerage says whether AirAsia’s shareholders will participate in the rights issue will also depend on factors such as pricing and business outlook.

“Perhaps AirAsia could increase the appeal of the rights issue by throwing in some sweeteners such as free warrants. The carrier’s largest shareholders could also agree to buy the unsubscribed portion of the offering,” he adds, likening the exercise to Singapore Airlines Ltd’s (SIA) Temasek Holdings-backed rights issue.

In June, SIA issued S$5.3 billion (RM16.2 billion) in new shares to its current shareholders and also issued 10-year bonds to raise up to a further S$9.7 billion. It was reported that the rights issue was fully subscribed, though shareholders were less keen to participate in the rights issue of its mandatory convertible bonds.

Nevertheless, CGS-CIMB Research’s Yap notes that the drop in AirAsia’s cash balance slowed in 2QFY2020 because it stopped payments of virtually all of its lease liabilities during the quarter and implemented substantive cost cuts.

He sees the cash burn slowing even more in 3QFY2020 as AirAsia works to restructure the majority of its excess fuel hedges and because it had restarted domestic flights in Malaysia when interstate travel was permitted on June 10. AirAsia’s net cash position stood at RM995.58 million as at end-June 2020.

In an Aug 25 note, AllianceDBS Research’s Siti Ruzanna points out that AirAsia is also focusing on reducing costs by at least half with pay cuts, reduction in fuel volume, restructuring of hedging contracts, deferment of aircraft deliveries, as well as deferral of lease expenses.

While AirAsia is not cash-strapped yet, MIDF Research warns that the distance between liquidity and cash-strapped is only a few Covid-19 clusters away. “Of course, any prolonged punitive movement control order would put it in an even more difficult financial position.”

Pressure is mounting on AirAsia to shore up its balance sheet as analysts expect continued losses in 2HFY2020. While analysts believe the worst of the Covid-19 impact may be over for AirAsia, further losses in the coming quarters could wipe out the outstanding shareholders’ equity of RM29.83 million as at end-June, which may then lead to negative shareholders’ funds.