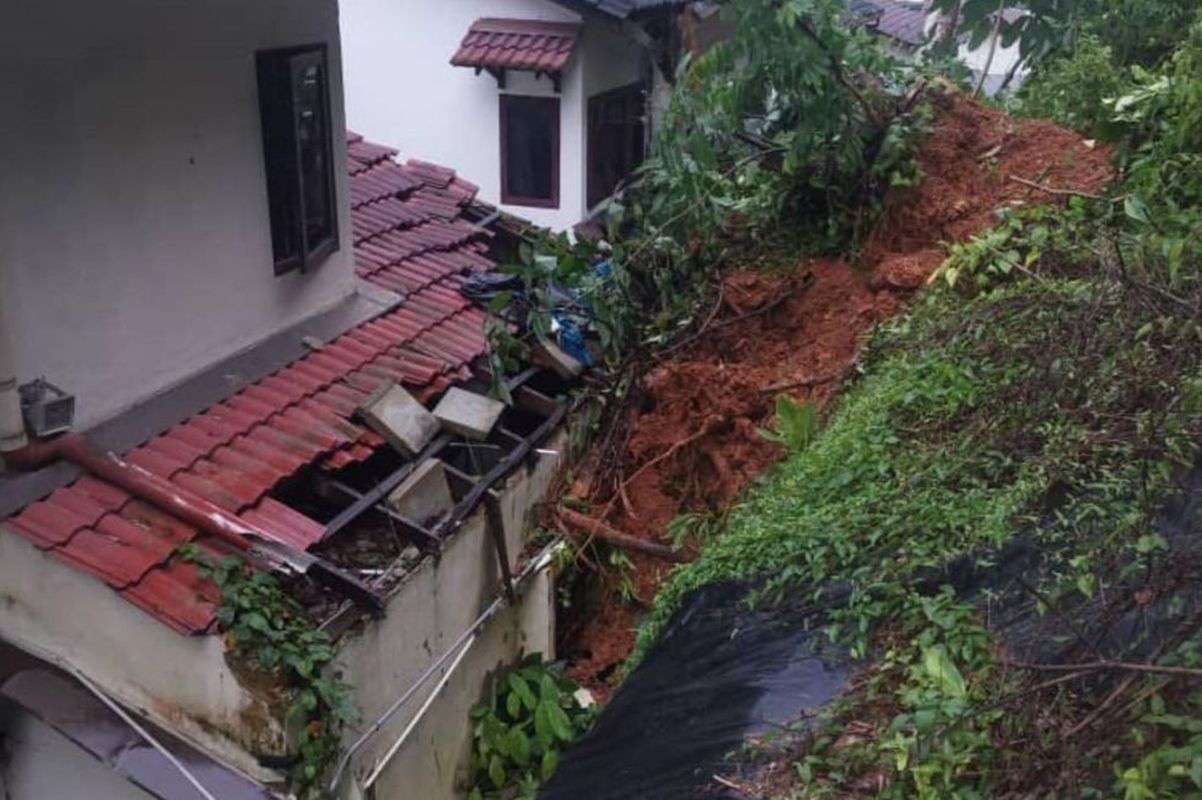 KUALA LUMPUR (Dec 9): Residents living within the vicinity of a landslide incident in Taman Halaman, Ampang, have been advised to evacuate their homes as a precautionary measure.

Hulu Langat District Disaster Management Committee chairman Dr Ani Ahmad said the order was issued due to the ongoing rain and the unstable slope behind their homes.

"So far, the residents of two of the affected houses have agreed to move out. However, some residents refuse to do so due to several factors including telling the authorities that their homes have retaining walls.

"We have verbally informed them of any risk that may occur and they are willing to take the risks. We have also advised them to take precautions such as not sleeping at the back of the house," she told Bernama when met at the location on Friday night.

“So, what happened occurred on their properties. The owners bought the land from the developer and the slope is part of their property.

“We can’t do anything but we understand the cost to repair the slope is very high. Tomorrow, MPAJ will assist to examine the condition at the top of the slope and will help with the effort to clean up and install the canvass. Homeowners are advised to conduct slope strengthening measures,” she said, adding that the security agencies, including the Fire and Rescue Department, the police and the Civil Defence Force, had been asked to monitor the situation at the location on Friday night.

Meanwhile, Choong Zee Foon, 52, said he came to learn of the incident after being informed by his neighbour.

“This is not the first time it happened, but the second time my house is affected. There was a landslide in December last year and house repairs have yet to be done,” he said, adding that he has not been living in the affected home.

On Friday  evening, six individuals, including an elderly woman, avoided injury during the landslide that occurred. Their houses, however, were damaged in the incident.