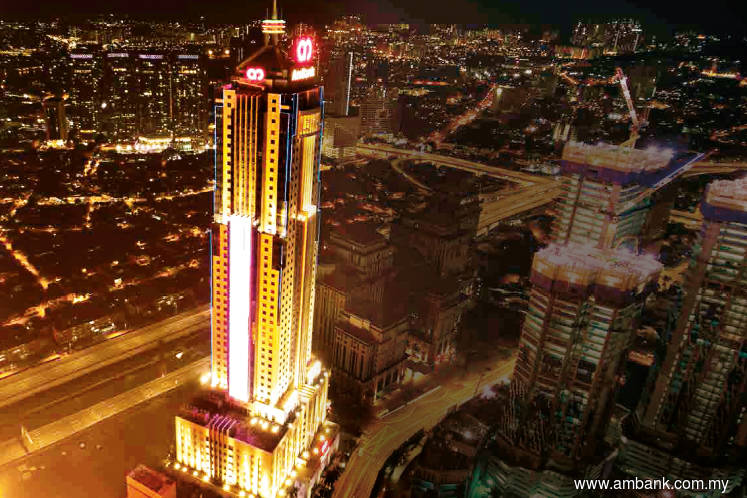 Fee based income recorded an increase of RM42.3 million, while market based income increased from gains on trading/liquidation of securities and revaluation of trading securities offset by decrease in gain from trading in foreign exchange. Decrease in other income was attributable to a significant gain on the disposal of foreclosed property in prior period, it said.

AMMB’s share of profits from associates and joint ventures reduced mainly due to the insurance-based joint ventures which recorded higher reserving mitigated by higher investment and trading income from revaluation of securities.

AMMB said for the year ahead, loans are projected to grow around 4.3% — versus 3.9% in 2019 — based on the view that the country’s gross domestic product will continue to expand moderately by 4.2%.

The group sees another 25 to 50 basis points (bps) cut from the current overnight policy rate of 2.75% on the cards.

Should there be a 50bps cut, it is unlikely for the economy to experience a “negative real returns”, it added.

The group said it will continue to drive its income growth momentum especially in the areas of transaction banking, foreign exchange, small and medium enterprise and wealth management.