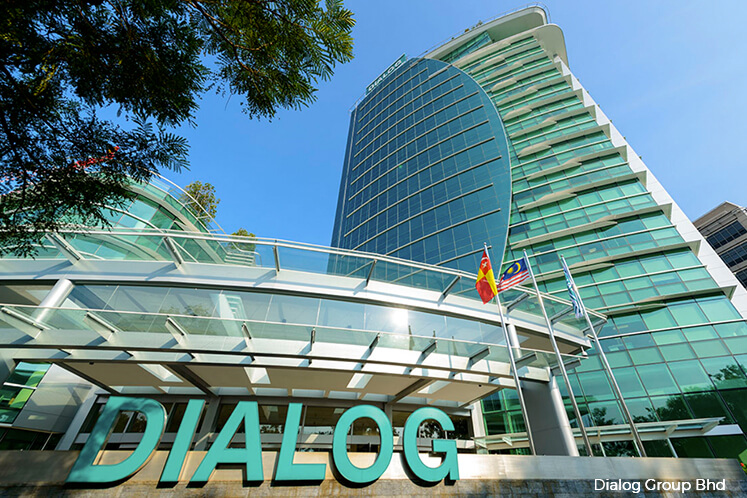 KUALA LUMPUR (May 15): AmInvestment Bank Research has upgraded its rating on Dialog Group Bhd to “buy” at RM3.33 with a higher fair value (FV) of RM3.80 per share.

In a note today, the research house said the upgrade was due to it switching back to a sum-of-parts (SOP)-based evaluation method for Dialog's FV, which implies a financial year ending June 30, 2021 forecast (FY21F) price-earnings (PE) of 32 times – at parity to its five-year average.

Previously, Dialog’s FV was RM2.11 based on price-to-book value (P/BV) of three times.

AmInvestment maintained Dialog’s earnings forecasts due to the group’s cumulative core net profit for the nine months ended March 31, 2020 (9MFY20) being in line with its expectations and slight above the consensus, accounting for 72% and 76% of the full-year (FY20) earnings forecasts respectively.