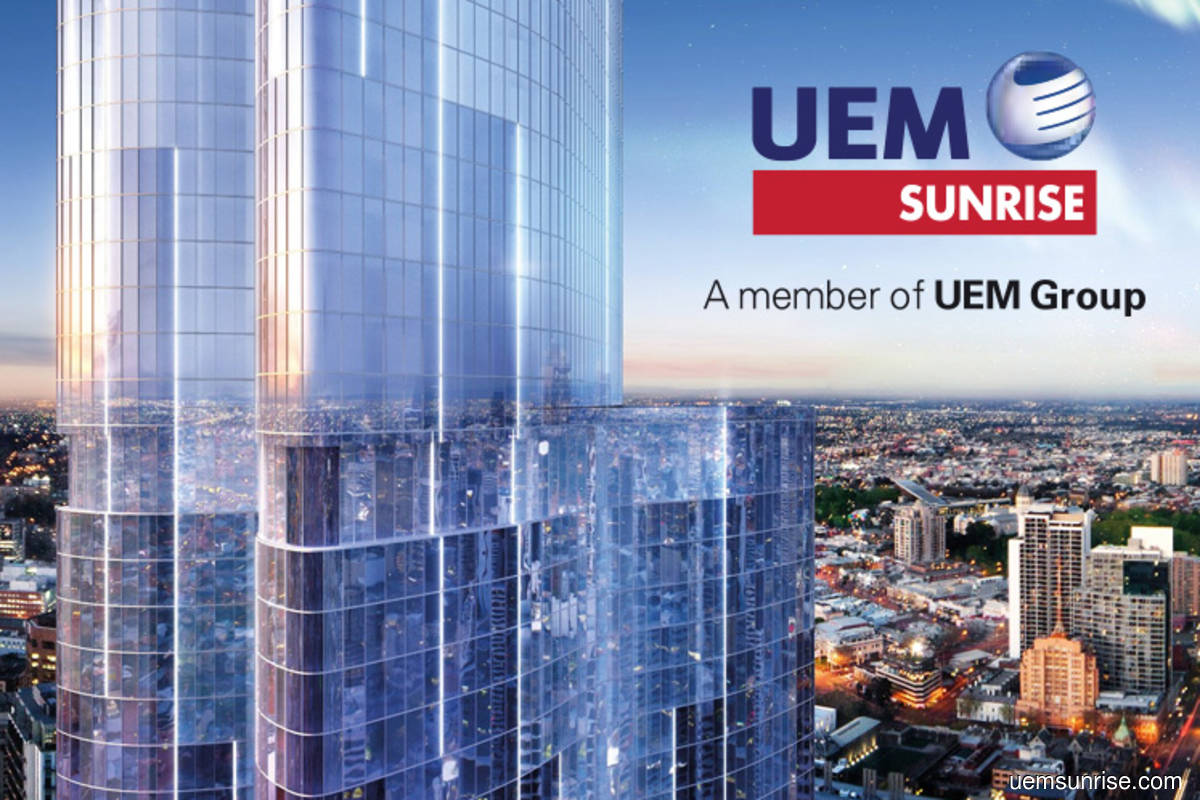 KUALA LUMPUR (Feb 8): AmInvestment Bank Research is projecting UEM Sunrise Bhd to register a net loss of RM18.5 million for its financial year ended Dec 31, 2020 (FY20) as it believes its earnings performance continued to be weak.

Despite a weak 9MFY20, it expects a better 4QFY20 for the company with the recognition of A$125 million (RM365.5 million) from the disposal of Aurora Melbourne Central.

UEM Sunrise is scheduled to announce its 4Q results on Feb 24.

To recap, UEM Sunrise posted a 9MFY20 core net loss of RM134 million (versus core net profit of RM149.1 million for 9MFY19). This was the first loss incurred since its listing in 2008.

The group's 9MFY20 revenue fell 70% year-on-year mainly due to a slower project progress completion as a result of the Covid-19-induced MCO.

Year to date, UEM Sunrise has launched projects worth RM900 million in gross development value (GDV), which is near its target GDV of RM1 billion for FY20. 9MFY20's total sales of RM374 million were below its RM1 billion target for FY20.

"One of the key projects in the central region is Kiara Bay, Kepong. This latest township development is 72 acres in land size with a GDV of RM15 billion.

"We are positive on the development due to its strategic location next to the MRR2, near Kepong Metropolitan Park. It also contains a mix of retail stores, and educational and health centres," it said.

Moving forward, UEM Sunrise is planning to launch low-cost residential units in Cheras in 4QFY21, with an indicative GDV of RM1.1 billion, it said.

"We believe UEM Sunrise's long-term outlook remains stable premised on its unbilled sales of RM1.7 billion while its FY21–22 earnings will be mainly supported by the disposals of land and a higher GDV target of RM1.2 billion in 2021," it said.

It maintains "hold" recommendation on UEM Sunrise with a lower fair value of 43 sen per share.