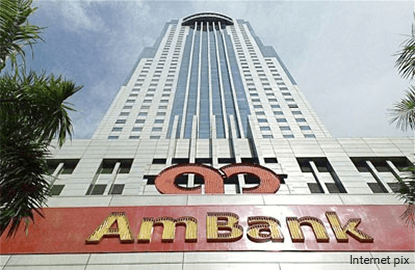 KUALA LUMPUR: AmFunds Management Bhd (AmInvest) expects the local stock market to rebound, with the FBM KLCI returning to the 1,700 level once the “noise” surrounding domestic issues such as 1Malaysia Development Bhd’s (1MDB) debts is removed.

AmInvest chief investment officer of equities Andrew Wong Yoke Leong said the direction of the benchmark index will largely depend on when Malaysia solves its domestic issues.

“Assuming the analysts are correct as far as [corporate] earnings forecasts are concerned, the consensus is minimal growth this year and a 10% growth next year. And if all ‘noises’ are removed, the market should return to its mean or neutral valuation,” he told a media briefing on “Hazy Markets — Navigating the Equity Road Ahead” by AmInvest yesterday.

“Like the governor said, the faster we clear these issues, the better it is [for the market]. 1MDB is the key issue, suffice to say, because it reaches and affects other issues here,” he said.

Wong is of the view that defending a weak currency by using foreign reserves is a “futile effort”, adding that the currency should be allowed to bottom out by itself.

“You can use the reserves to moderate the depreciation of a currency, but at the end of the day it’s better to let the currency find its own level, [and] boost competitiveness,” he said.

Wong believes that the ringgit should be trading at stronger levels. “Once the uncertainties are cleared, the risk premium for the currency will be lower, which could strengthen the ringgit,” he added.

According to Bloomberg data, the ringgit closed down 0.75% to 4.3042 against the US dollar and 0.2% lower at 3.04 against the Singapore dollar yesterday.

Meanwhile, Wong said the external global outlook is not doing that badly as the US economy recovers, evident from the decent economic numbers, while the worst of China’s slowdown is over.

“The valuation of the US market has come to a neutral position. There are still some headwinds, so we can see some earnings disappointment going forward this year, but I don’t think it will be a disaster. It will still be decent,” he said.

“For China, what the Li Keqiang Index shows is that the worst is probably over. It’s not that bad in China. I think things have stabilised, and China definitely has enough firepower to do what is necessary,” he added.

On stock picks, Wong said AmInvest prefers dividend-yielding stocks such as those in the telecommunication, utility and construction sectors and deep value stocks, which have exposure to the US dollar.

“There are lots of niche construction companies that have won contracts, and these small- to medium-cap stocks have been sold down unfairly. The deep value plays are all the companies with US dollar exposure, as some of them are doing exceptionally well,” he said.

Wong added that investors should also look at big-cap stocks in view of the government’s recent move to inject RM20 billion into the local stock market.