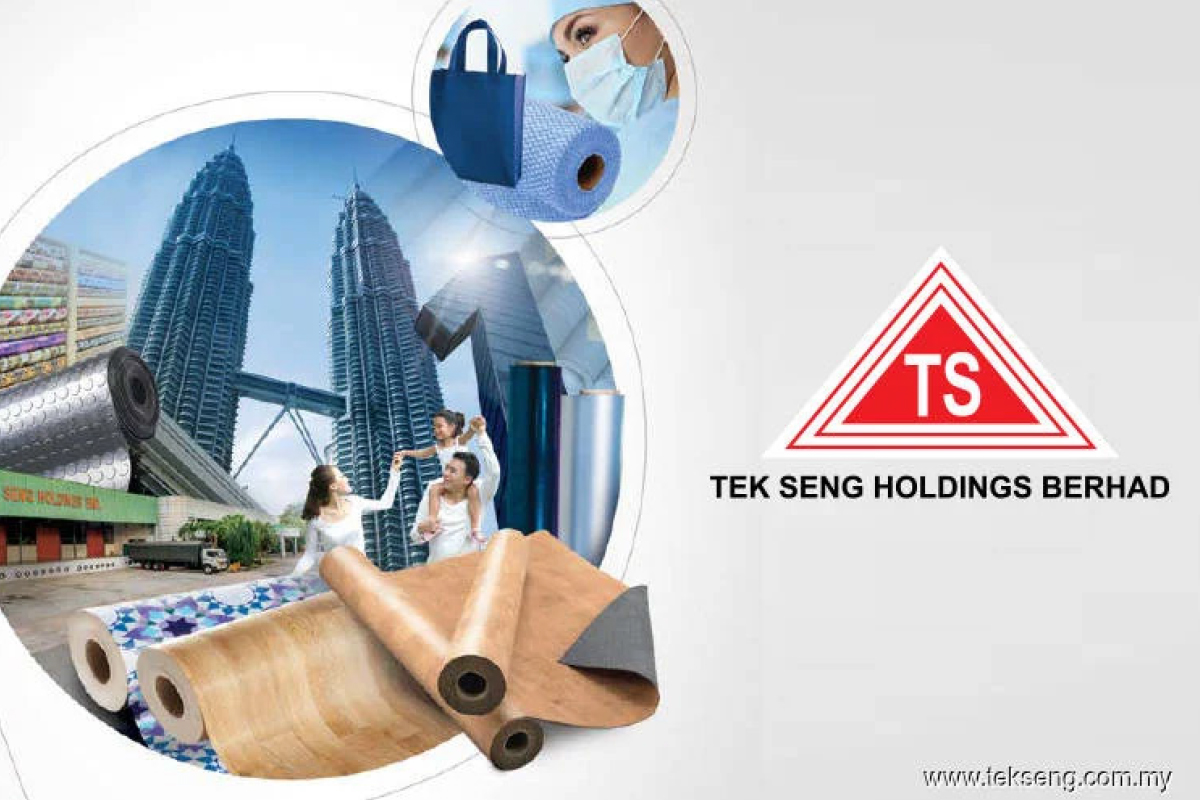 For the third quarter ended Sept 30, Tek Seng’s net profit jumped to RM8.1 million from RM191,000 a year ago. For the cumulative nine months, it grew to RM19.25 million against a net loss of RM3.32 million for the same period last year.

Despite an increase in the price of raw materials, which are petroleum by-products, Loh expects to maintain the profit margin at 15% to 16%. “We can always pass on the cost [increase] to customers to mitigate the impact,” he says.

Oceancash co-founder, CEO and executive chairman Tan Siew Chin also expects the non-woven business contribution to group revenue to exceed 40% in the second half of 2020. In fact, the contribution is projected to “hit a new high in the coming months”.

“Demand for non-woven has been climbing since the Covid-19 pandemic started. However, Oceancash is more like an indirect beneficiary, as the clients that used to source from Chinese suppliers shifted to us,” Tan says.

An analyst says the positive impact on Oceancash is not as great as it is on Tek Seng simply because the former’s existing production of non-woven is of a better quality and does not cater for the needs of face mask and personal protective equipment (PPE) manufacturers.

“Oceancash produces air-through bonded non-woven materials, which are of a higher quality and more expensive — used more for [hygiene products such as] diapers and sanitary pads that require finer non-woven materials. There are many types of non-woven fabric. The fabric used for face masks and PPE is typically the lower-quality kind, that is, thermal-bonded or spun-bonded.”

Oceancash’s main advantage in the non-woven segment is the “premiumisation” of its capabilities, he adds, which ties in well with its existing customer base of diaper and sanitary pad manufacturers.

The analyst says, however, that new machinery being purchased will give Oceancash the flexibility to cater for face mask and PPE producers, while supplying to its existing customers. “Face masks and PPE alone are not enough to attain economies of scale, especially with increased competition in this space,” he observes.

CGS-CIMB Research in a Nov 2 note upgraded Oceancash to an “add” from a “hold”, but with a lower target price of 72 sen to account for the 10% dilution from a private placement, which is expected to raise RM21.2 million to purchase new production machinery. “Its current valuations look attractive against the backdrop of our expectations of improving earnings in FY2021 from both its insulation and hygiene segments.”

Oceancash’s net profit plunged to RM259,000 for the second quarter ended June 30, from RM2.17 million in the same period last year, mainly because the insulation division did not operate for two months during the Movement Control Order period.

Meanwhile, Poly Glass Fibre — principally a manufacturer of glass mineral wool, which is used mainly as a building insulator — is moving more cautiously. Having only started a non-woven segment in June, it prefers to venture on a smaller scale in the initial stage with one production line that can produce 350kg of non-woven fabric a day, says chairman Fong Wern Sheng.

The company’s new foray is expected to increase its revenue stream amid the challenging business environment, but the projected contribution is minimal, at 3% to 4% of total revenue.

Moreover, market competition is intense, especially from Chinese players that can sell for less.

Poly Glass Fibre has invested about RM1 million in the venture, including testing equipment, and has about 10 customers, mostly Malaysian firms.

The company also saw a big jump in net profit to RM3.04 million for its second quarter ended Aug 31, against RM547,000 in the previous corresponding quarter, owing to improved revenue.

So far this year, shares in Tek Seng have more than tripled, whereas Oceancash and Poly Glass Fibre are up 63.2% and 21% respectively.