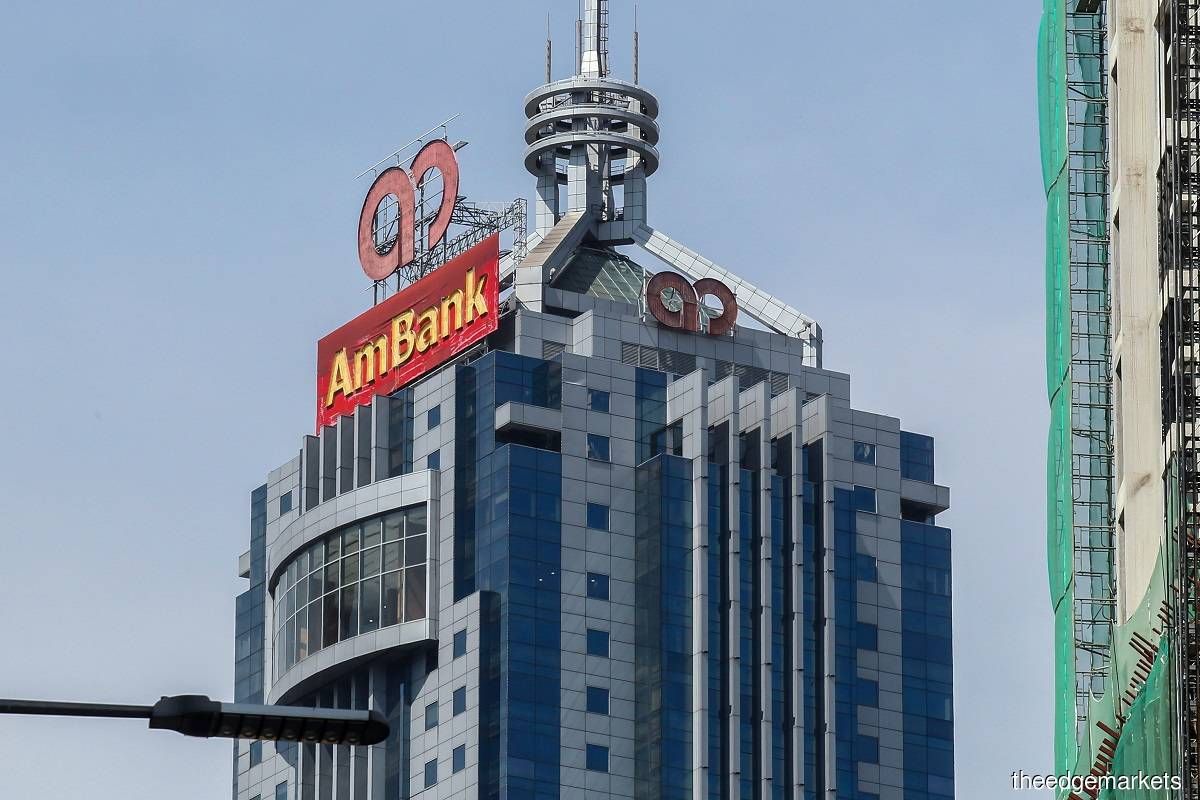 The stock took a nosedive at the opening bell, it hit a low of RM2.63, down 53 sen or 16.8% against the previous closing of RM3.16 last Friday. Its trading volume swelled to a record high of 101.8 million shares.

The selling spread to its derivatives. AmBank-C21 lost two-thirds of its value, two sen, to close at one sen, AmBank-C23 was down two sen to 3.5 sen while AmBank-C24 dropped 2.5 sen to four sen.

The selldown was not a surprise considering that the global settlement will dent the banking group’s financials. Furthermore, some analysts raised the issue on corporate governance as the management did not flag the contingent liabilities risk to the investing public. On the other hand, some see AmBank as becoming a potential merger candidate. Such expectation, said analysts, lent some support to its share price.

Interestingly, some analysts’ valuations and recommendations on the banking stock contrast quite dramatically. According to Bloomberg, there are six sell calls on AmBank, four 'buy' recommendations, and seven 'hold' calls. At RM2.80, AmBank is valued at RM8.44 billion. It is trading at a price-to-book value of 0.43 times — the second lowest among the Bursa-listed banks after Affin Holdings Bhd which is trading at 0.34 times — compared with the industry average of 0.9 times. However, AmBank is valued at price-to-book value of 0.50 times after adjustment for the RM2.83 billion global settlement.

Hong Leong Investment Bank Bhd analyst Ng Jun Sheng wrote in a note today that the knee-jerk selloff towards the RM2.63 to RM2.80 levels provides a good bargain-hunting opportunity for the stock.

"All in all, 1MDB is a legacy issue, and we believe AmBank is capable of weathering the storm and being successful again in rolling out long-term business strategies, rebuilding its image, and eventually shaking off any negative perception,” he said.

CGS-CIMB Securities Sdn Bhd analyst Winson Ng wrote in a note yesterday that the research firm is projecting a net loss of RM1.77 billion for AmBank and no dividends from the group in the financial year ending March 31, 2021 due to the RM2.83 billion provision for the 1MDB settlement

CGS-CIMB reiterated its 'reduce' call for AmBank shares due to the 1MDB settlement and lowered its target price to RM2.67 from RM2.76 previously.