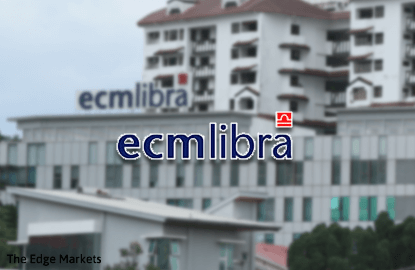 The announcement of the stake disposal came following the execution of a share sale agreement (SSA) between Amcorp Group, Hikkaya Jaya, Arab-Malaysian (CSL) and Equity Vision and Truesource Sdn Bhd (the purchaser) with respect to the 74.19 million shares in February. The purchase consideration for the shares was 37 sen per share.

Pursuant to the SSA, Lim issued a notification of potential mandatory general offer to acquire the remaining stakes he and the persons acting in concert (PACs) with him does not already own in ECM Libra, followed by a notice of unconditional takeover offer dated May 20, at 37 sen for each ECM Libra share.

As at the date of the notice, Lim and the PACs are deemed to have beneficial interest over 144 million ECM Libra shares, representing approximately 50.26% of the issued and paid-up share capital of ECM Libra, after the SSA became unconditional on the same day.

Lim intends to maintain the listing status of ECM Libra.