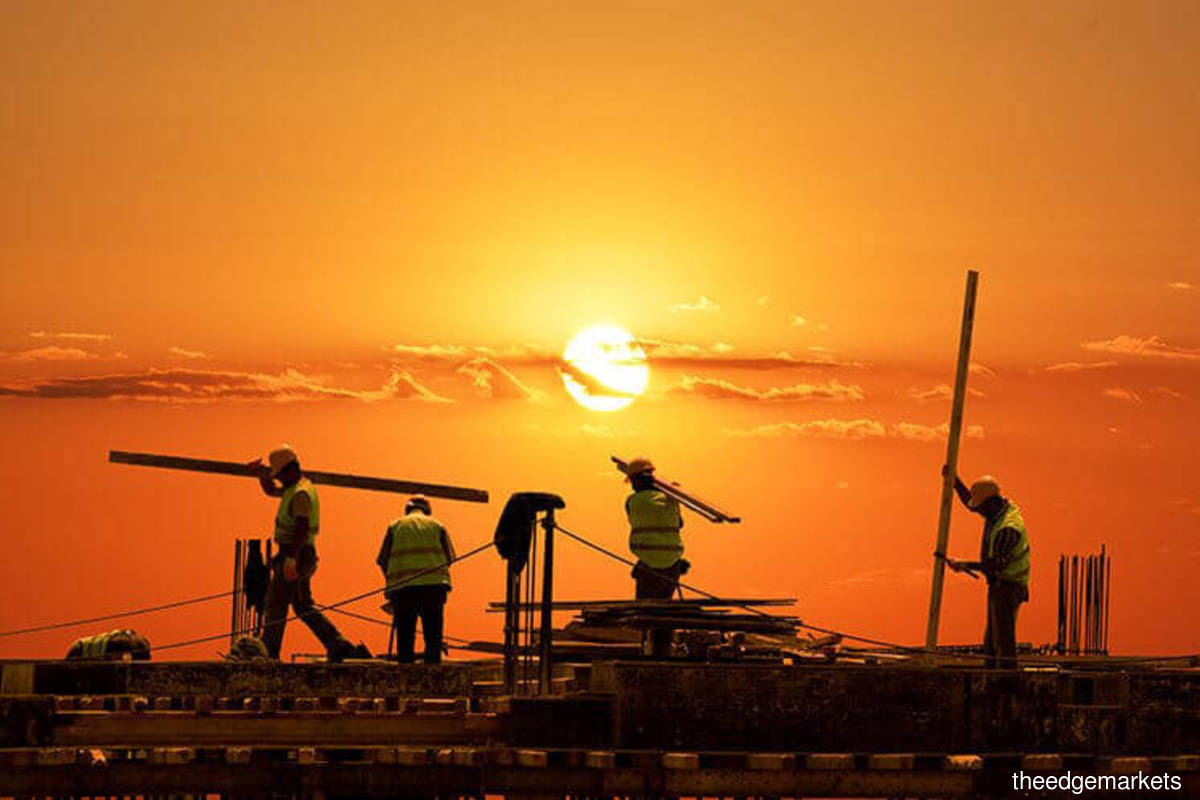 KUALA LUMPUR (Oct 30): A key point to highlight in Budget 2022 is the 22.5% increase in gross development expenditure (DE) to RM75 billion, which would benefit construction and infrastructure activities as well as trade and industry in the country, according to AmBank Group Research.

"We are looking at a potential roll-out of around RM140 billion worth of projects via private finance initiatives," the research house's chief economist Dr Anthony Dass and economist Muhamad Farid Anas Johari wrote in a report on Budget 2022.

And the higher DE has a strong emphasis on large-scale projects under construction/infrastructure activities and projects through the National Digital Network (JENDELA) that will improve our digital infrastructure, they noted.

The focus, they noted, is to continue programmes and projects with high multiplier impact to reinvigorate economic growth, create a more conducive investment climate and safeguard the well-being of the rakyat.

"Of the RM75.6 billion allocated under this segment, a total of RM66.9 billion is allocated to 5,575 ongoing projects, while the balance RM8.7 billion is for 1,180 new projects. The focus is on projects related to transport, trade and industry, as well as the energy and public utilities sub-sectors," they wrote.

"As for trade and industry, the focus will be on strengthening entrepreneurial capabilities, including MSMEs (micro, small and medium enterprises) in line with the National Entrepreneurship Policy, and supporting growth industries with grants and loans for R&D (research and development) and product commercialisation. These include the PUNB (Perbadanan Usahawan Nasional Bhd) Entrepreneur Financing Programme, fund for local strategic investments, fund for high-impact projects, R&D loans for aerospace and electrical and electronics fields, special business financing scheme for women (DanaNITA) and Industry4WRD," they noted.

Fears of faster and higher-than-expected increase in inflation

Among other things in the report, the duo also highlighted that there are fears that inflation could accelerate much higher than expected.

Should headline inflation rise, it would result in higher underlying inflation that can erode disposable income and demand from falling purchasing power and eventually cause knock-on effects on business activities, they noted.

Adding to the upwards price pressure woes are additional money supply created by the expansionary fiscal policy compounded with a cheap monetary policy and other non-monetary measures, they wrote, which led to a “one-off” misallocation of resources. This means productive factors are now in the wrong place and holding back the speed of the economic recovery.

"Our fear is that when inflation becomes a serious concern, the central bank may be forced to roll back its current accommodative monetary policy where the OPR (overnight policy rate) is at 1.75%. Should that happen, it will raise the cost of funds. That may add some levels of financial distress, especially if the cost of living continues to rise and erodes disposable income.

"We are of the view that the current OPR at 1.75% is expected to stay until 1H22 (the first half of 2022). Any repricing of the policy will be driven by data. If inflation remains under control, we expect the policy rate to witness the first rate hike by 25 basis points sometime in 2H22, more likely in 4Q22 (the fourth quarter of 2022)," they wrote.

"With the government being unable to address the fiscal situation at the moment, importantly, there is a need to design the medium-term narrative and fiscal transparency to address the worries of rating agencies. Towards this end, a rolling three-year projection would act as a solid guide and show the government’s commitment to addressing fiscal consolidation issues, reforms and transparency," they suggested.

They further noted that with the increase of the statutory debt limit to 65% of GDP from 60% of GDP, this means that the government’s borrowing ability would be at around RM140 billion to RM150 billion in 2022.