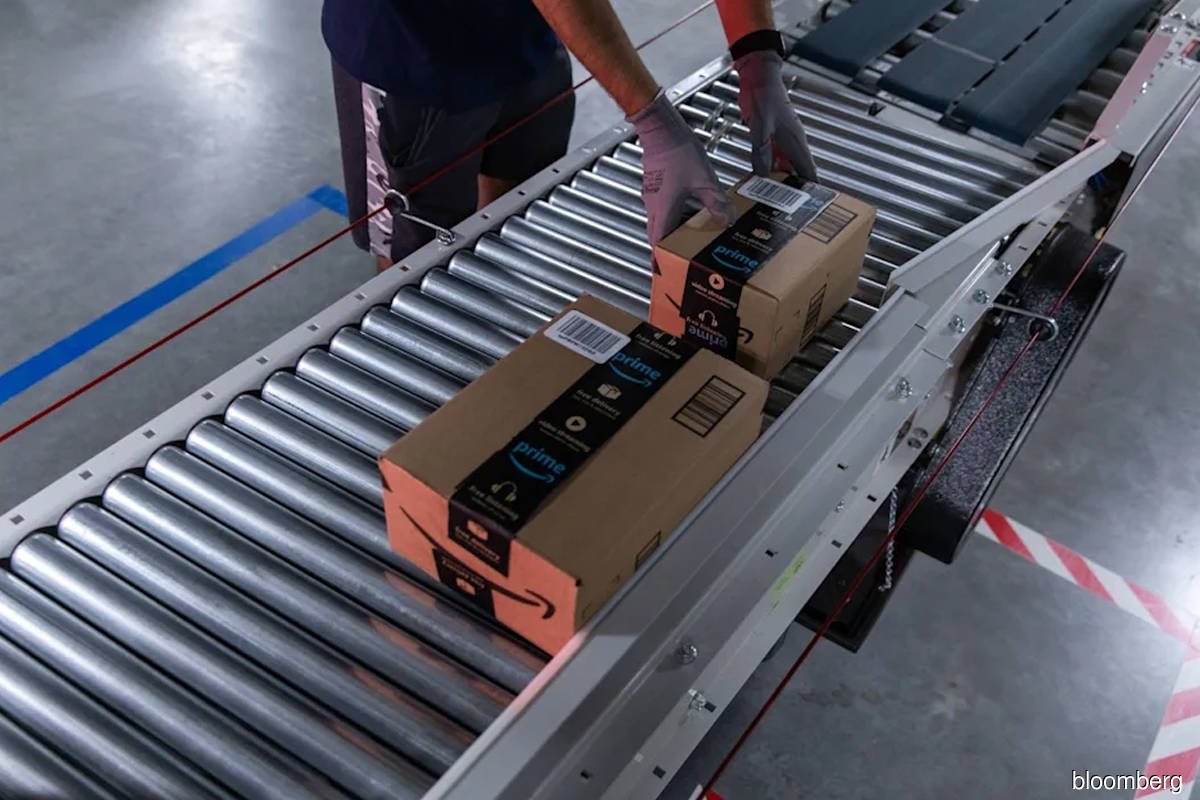 (July 30): Amazon.com Inc. emerged as the essential store for homebound shoppers during the coronavirus pandemic, propelling its sales and profits to new highs. Now, the rush online is slowing down as vaccinated consumers peel away from computers and smartphones and revert to old habits like traveling and dining out.

The world’s biggest e-commerce retailer on Thursday reported sales and gave a forecast that fell short of expectations. Shares declined about 7% in extended trading after the results were released. It marked the first time Amazon had missed quarterly sales estimates since 2018.

The Seattle-based company invested billions to operate through the pandemic while minimizing the spread of Covid-19 through its facilities and hiring hundreds of thousands of workers to meet crushing demand. New Chief Executive Officer Andy Jassy, who took the helm from founder Jeff Bezos on July 5, has to convince investors that Amazon continues to be a good long-term bet even though revenue growth is slowing and the company faces heightened scrutiny from regulators in the U.S. and Europe, it’s biggest markets.

“They just don’t have the tailwinds they had last year,” said Brian Yarbrough, an analyst at Edward D. Jones & Co. “It just becomes the law of large numbers. There’s just no way it can be sustained.”

Investors overlooked better-than-predicted profits and a strong performance in the quarter from the company’s advertising business and Amazon Web Services cloud unit. Instead they focused on slowing growth for the company’s core e-commerce business, which Chief Financial Officer Brian Olsavsky said would continue through the year.

Higher expenses also will linger as Amazon keeps adding capacity and hiring workers to meet demand that has jumped in the past two years, he said. Some facilities are handling double the package volume they did just two years ago, he said. And Amazon must compete in the labor market for employees as more and more businesses reopen, which will add to costs.

“I would count on wage pressure for the immediate future,” Olsavsky told analysts on a conference call, discussing factors weighing on Amazon’s profitability. Second-quarter total operating expenses rose 27% to US$105.4 billion, the company said Thursday in a statement.

Amazon is working to get more of its employees vaccinated and hopes the delta variant of the virus can be controlled even if that means “people are getting out more and doing other things besides shopping,” Olsavsky said. “It’s a good phenomenon,” he later said.

Revenue will be US$106 billion to $112 billion in the period ending in September, Amazon said. Operating profit will be US$2.5 billion to US$6 billion. Analysts, on average, projected US$8.11 billion in profit on sales of US$118.7 billion, according to data compiled by Bloomberg.

Bezos remains executive chairman and the exact nature of his new role is a work in progress. Bezos has said he wants to focus his attention on new initiatives, which suggests Jassy will oversee the day-to-day of Amazon’s business. Jassy previously ran the cloud unit.

AWS revenue jumped 37% in the quarter to US$14.8 billion -- the biggest year-over-year sales jump in two years. The company’s “other” revenue category, primarily advertising sales, gained 87% to US$7.92 billion. Both units topped analysts’ estimates.

Amazon’s gains during the pandemic came from adding more Prime members, who pay monthly or annual fees in exchange for shipping discounts and other perks. Amazon had 153 million Prime members in the U.S. at the end of June, up 25% from a year earlier, according to Consumer Intelligence Research Partners. Prime members shop more frequently on Amazon and spend about twice as much on the site as non Prime members.

Despite big e-commerce investments by competitors that include Walmart, Target and Best Buy, Amazon remains the unrivaled e-commerce leader in the U.S., its biggest market. U.S. shoppers will spend US$367 billion on Amazon this year, up 15.3% from 2020, according to EMarketer Inc. Amazon’s 40.4% share of all online spending in the U.S. is bigger than its next nine competitors combined.

The company continues to expand its workforce. It had almost 1.34 million employees worldwide as of June 30, up 52% from a year earlier. Olsavsky said Amazon is recruiting workers in a tight labor market by offering competitive wages and benefits.