Amazon roars for MGM's lion, paying US$8.45 bil for studio behind James Bond and Rocky 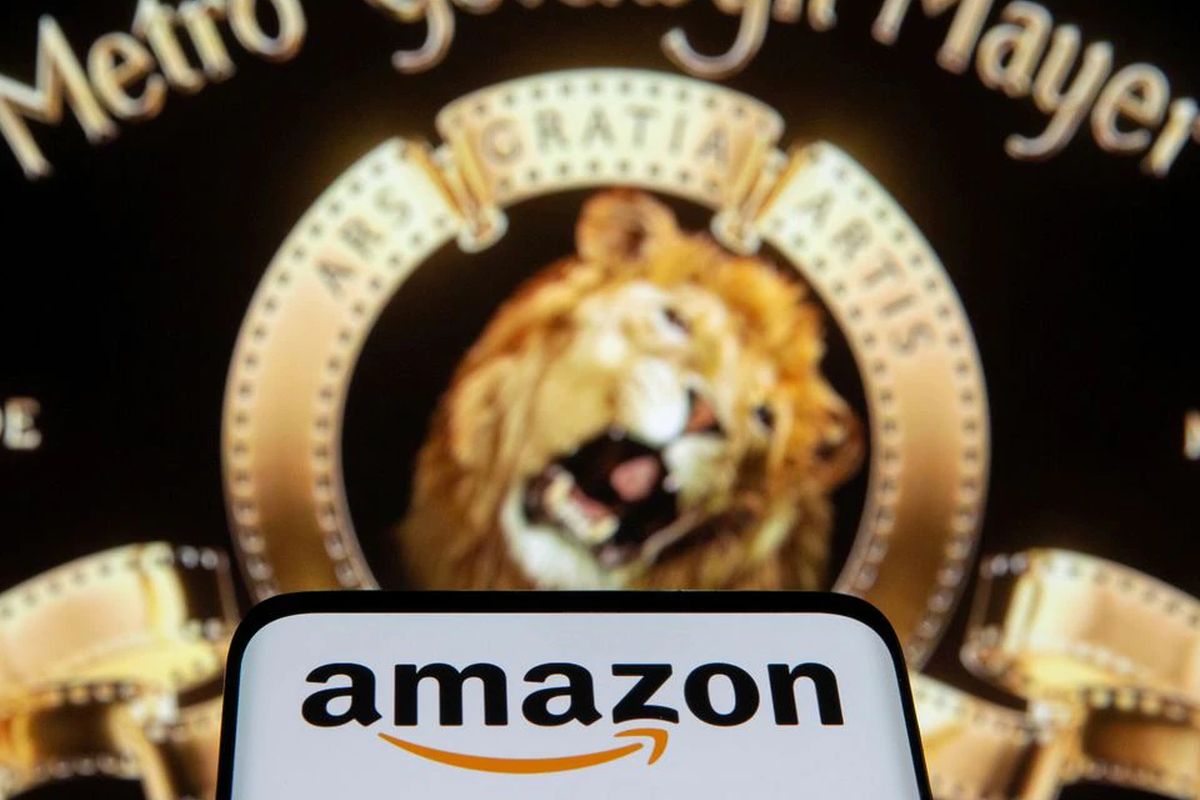 (May 26): Amazon.com Inc said on Wednesday it is buying MGM, the fabled US movie studio home to the James Bond franchise, for US$8.45 billion, giving it a huge library of films and TV shows and ramping up competition with streaming rivals led by Netflix and Disney+.

The deal aims to bolster Amazon's television-focused studio with new and historic filmmaking from MGM, which has claimed other lucrative series including "Rocky" and "Pink Panther" since its founding in 1924.

Mike Hopkins, senior vice president of Prime Video and Amazon Studios, said in a news release that MGM's library is rich with opportunities.

"The real financial value behind this deal is the treasure trove of (intellectual property) in the deep catalog that we plan to reimagine and develop together with MGM's talented team," he said.

To stay competitive, Amazon has also courted fans of live sports and picked up lucrative licenses to stream games, touting a long-term deal with the National Football League that was estimated to cost about US$1 billion per year.

The proliferating streaming services are scrambling for brands that they can expand and libraries of older shows and movies. Analysts have said this is a big motivation for another round of consolidation of media properties after a brief hiatus during the pandemic.

Underscoring the trend, AT&T Inc announced a US$43-billion deal last week to spin out its WarnerMedia business and combine it with Discovery Inc, one of the most ambitious yet in the streaming era.

Amazon's Hollywood studio purchase is a first for a big US tech company and could spark further interest in Silicon Valley, a source familiar with the matter said.

"There's no better way to do that than by buying one of the most iconic movie studios in Hollywood," he said. "It's all about content as the streaming war heats up."

The acquisition is Amazon’s second-biggest after Whole Foods Market, which it bought for US$13.7 billion in 2017.

The price represents a lofty premium relative to other deals. It is about 37 times MGM’s 2021 estimated EBITDA — or almost triple the enterprise value-to-EBITDA multiple that Discovery’s deal implied for AT&T’s content assets — according to Reuters Breakingviews. Morgan Stanley and LionTree advised MGM on the deal.

MGM started a formal sale process in December, when it was estimated to be worth about US$5.5 billion.

The news can be viewed as a doubling down on business strategy that Jeff Bezos, Amazon’s CEO, articulated at a conference in 2016: “When we win a Golden Globe, it helps us sell more shoes," he said.

Amazon has picked up Academy Awards over the years and slowly moved from art-house fare toward content with wider appeal. The MGM acquisition accelerates that move, giving it rights to James Bond, one of the most lucrative franchises in film history that’s earned nearly $7 billion at the box office globally, according to MGM.

Other classic films in MGM's library include "Moonstruck" and "The Silence of the Lambs."

The potential to mine this intellectual property, by making new content based on popular characters, will help Amazon draw viewers to Prime, two former Amazon executives told Reuters.

Still, efforts by Amazon to profit off the library won’t be easy, or cheap.

In many cases, MGM’s content is tied up in multi-year deals with television networks, the former Amazon executives said. Amazon cannot simply air MGM’s reality show “The Voice,” for instance, which contractually is in the hands of NBC.

Bringing a new installment of the James Bond saga to Prime viewers may be a particularly difficult task, the sources said. The terms under which MGM acquired the franchise leave control in the hands of the Broccoli family, the Bond films’ producers.

News of the acquisition followed quickly on the return of Jeff Blackburn, Amazon’s former senior vice president overseeing content and M&A, who had left early this year.

Incoming Amazon CEO Andy Jassy had particular trust in Blackburn after decades at Amazon together, hoping he might shepherd a complicated merger, the sources said.