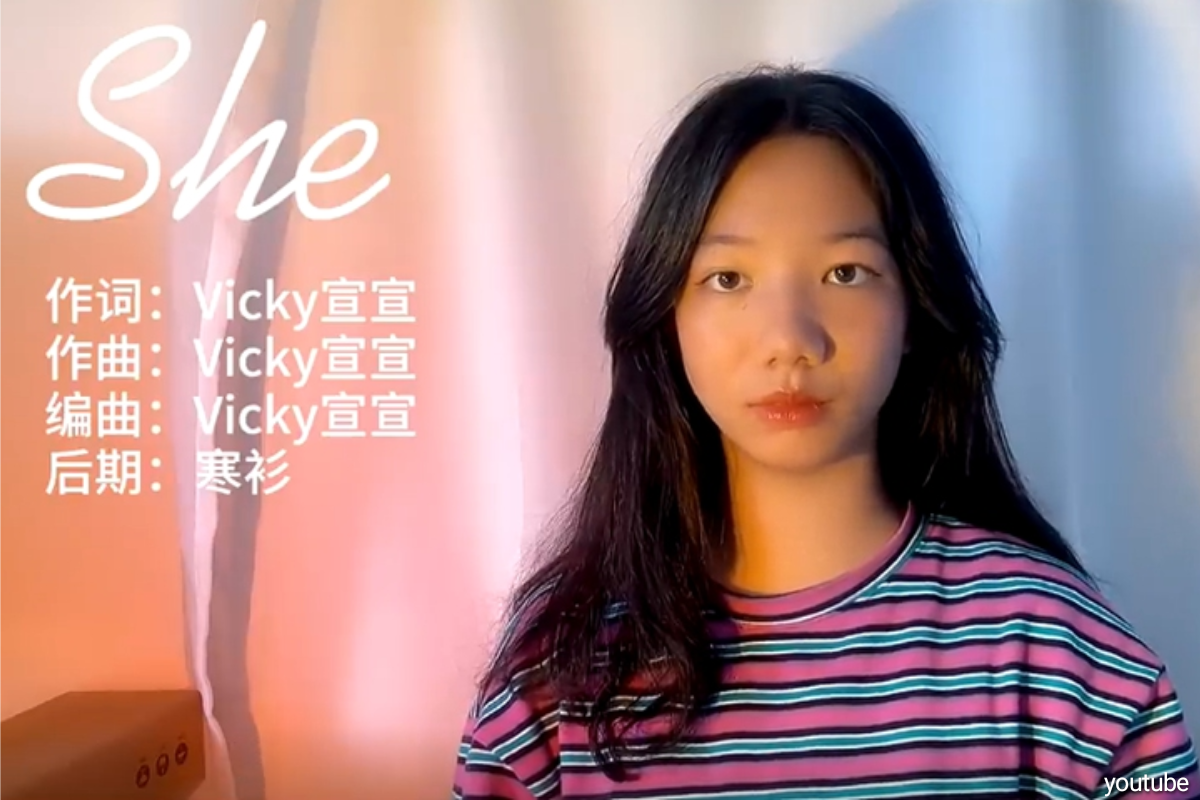 (May 3): "She got a beautiful eye, walk in a line, smile with her type; She knows all about life, never ask why, driving everyone crazy, crazy…" Everyone is surprised that this original song, She, which has so far topped more than 10 million views on China's popular video platform Bilibili was produced by a 15-year-old girl in only 30 minutes, Global Times reported.

Zhang Yuxuan, better known as Vicky Xuanxuan on social media, is under the spotlight on Chinese social media for her music and was praised by Chinese netizens as the "young Chinese Taylor Swift."

"I have never thought the song She would be so popular," Zhang, a middle school student at the Shenzhen Arts School, majoring in violin, told the Global Times.

Zhang mentioned adding that she drew inspiration from the movie The Devil Wears Prada.

The video of the song She topped Bilibili's recommended list. She has become one of the most popular music bloggers on the platform and also opened her account on YouTube and has attracted 42,600 followers, Global Times reported.