Alternative Views: The judiciary is our last beacon of hope 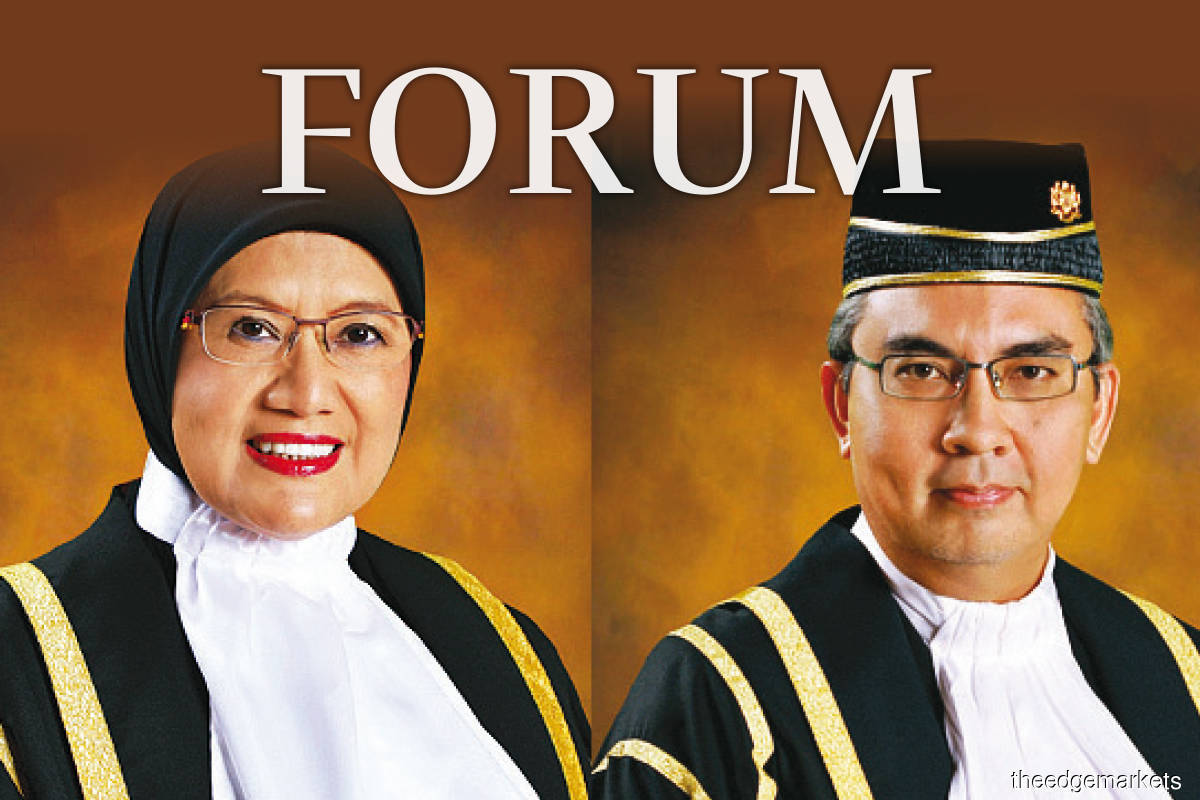 Many ordinary Malaysians would have lost track of the various legal suits tied to 1Malaysia Development Bhd (1MDB). They would know that former prime minister Datuk Seri Najib Razak has been sentenced to 12 years’ jail and fined RM210 million, but they would probably be wondering why he has not gone to jail yet.

Malaysia inherited the British judicial system, where an accused person has several avenues to prove himself innocent. In Najib’s case, he has one more left — the Federal Court — to appeal his case.

The Federal Court was scheduled to hear the case between Aug 15 and 26, but Najib has applied for a postponement following a change to his legal team. If the court grants a postponement on the grounds that a new legal team has taken over the case, it could be seen as a means to delay the final outcome of the SRC International suit that started more than two years ago.

When the Court of Appeal upheld the High Court’s sentence on Najib, he was described as a national embarrassment in the judgment. But the fact that no one has yet paid the price for the financial shenanigans at 1MDB sticks out like a sore thumb in our legal system and is becoming a “national embarrassment” to the general public.

This is in the wake of several people already having been sentenced in other countries where some of the 1MDB transactions took place. Here in Malaysia, where taxpayers’ money is being used to ensure 1MDB does not default on its loans, cases are still ongoing and more people in high places have been implicated in covering up the scandal.

On Najib’s bid to postpone the hearing at the Federal Court, if the application is not allowed, the judiciary would lay itself open to claims that the accused person had been denied the opportunity to explore his defence options. This is particularly relevant as the law allows for an accused to change lawyers. Once again, the judiciary is being closely watched. Whatever the outcome, the matter will leave some segments of society unhappy. But the role of the judiciary is to do the right thing under the law.

So far, through the various high-profile corruption cases that are being heard, more light is being shed on how some politicians have enriched themselves, having worked hand-in-hand with high-ranking civil servants and the private sector in the award of government contracts.

This is particularly telling in cases such as 1MDB and the explosive revelations of the “Ultra Kirana Sdn Bhd ledger” that has cropped up in Datuk Seri Ahmad Zahid Hamidi’s corruption trial.

For instance, there had been aspersions cast on the RM2.6 billion donation that Najib supposedly received from the Saudi Arabian royal family in 2013. It was part of the US$1 billion that flowed into his accounts in 2011, 2012 and 2013.

Even as far back as 2015, there were reports that the money had come from 1MDB, instead of being a generous donation from the Saudi royal family as claimed by Najib. The file on the case was put to rest when former attorney-general Tan Sri Apandi Ali affirmed Najib’s assertion in January 2016.

During Najib’s SRC trial, Apandi testified that he had exonerated Najib of any wrongdoing based on the outcome of investigations at the time. But High Court judge Datuk Azimah Omar, in her written judgment released last week, tore apart Apandi’s grounds for not pursuing further the alleged donation from the Saudi royal family. She gave the written judgment in relation to a defamation suit by Apandi against DAP leader Lim Kit Siang, which the court threw out. The written judgment has sent ripples through the legal system and now, the police are investigating the former attorney-general for allegedly not carrying out his duties in the case. It also unravelled how Putrajaya covered up the investigations into the money that was deposited into Najib’s account following a change of attorney-general in July 2015.

Apandi took over from Tan Sri Abdul Gani Patail, who was then heading a task force to investigate the flow of money into Najib’s accounts. Gani and two ministers opposing Najib — Tan Sri Muhyiddin Yassin and Datuk Seri Shafie Apdal — were relieved of their positions in the Najib administration.

In came Apandi in July 2015 and six months later, he cleared Najib of wrongdoing with regard to the RM2.6 billion that had flowed into his bank account.

What’s appalling is that the revelations in court and the written judgments prove that high-profile cases, especially those involving politicians, can easily be covered up if the office of the Attorney General’s Chambers (AGC) is compromised. It is for this reason that there has to be reforms in the AGC, particularly the separation of the attorney-general’s powers from those of the solicitor-general.

In High Court judge Datuk Nazlan Mohd Ghazali’s written judgment of more than 500 pages, in which Najib was found guilty of misappropriating SRC International’s funds, the takeaway is the amount of money a person in power can amass and how it can be camouflaged. The huge gratification explains why laws governing political funding are necessary.

Anyone reading the judgments of Azimah and Nazlan would be able to piece together what had transpired with regard to the US$1 billion that flowed into Najib’s accounts between 2011 and 2013, and how the matter was classified as “no further action” despite recommendations by investigators that the case be pursued further.

The machinations of the people involved are nothing short of mind-boggling.

The Malaysian judiciary has come under assault in the past. In 1988, the then prime minister Tun Dr Mahathir Mohamad sacked former chief justice Tun Mohamed Salleh Abas. Together with Salleh, several other notable senior judges left the scene, putting the judiciary’s credibility in doubt.

Several chief justices have come and gone since Salleh’s case. Some were mired in controversies.

The current Chief Justice Tengku Maimun Tuan Mat will go down in history as someone who gave the judiciary a long-awaited lift to its credibility. She defended Nazlan, who had come under assault by those aligned with the “court cluster” in Umno.

The developments over the next few months will determine whether the judiciary continues to be a beacon of hope for ordinary Malaysians wanting to see real reforms in combating corruption and abuse of power by persons holding public office.