Alternative Views: How the government ended up overpaying for the AES folly 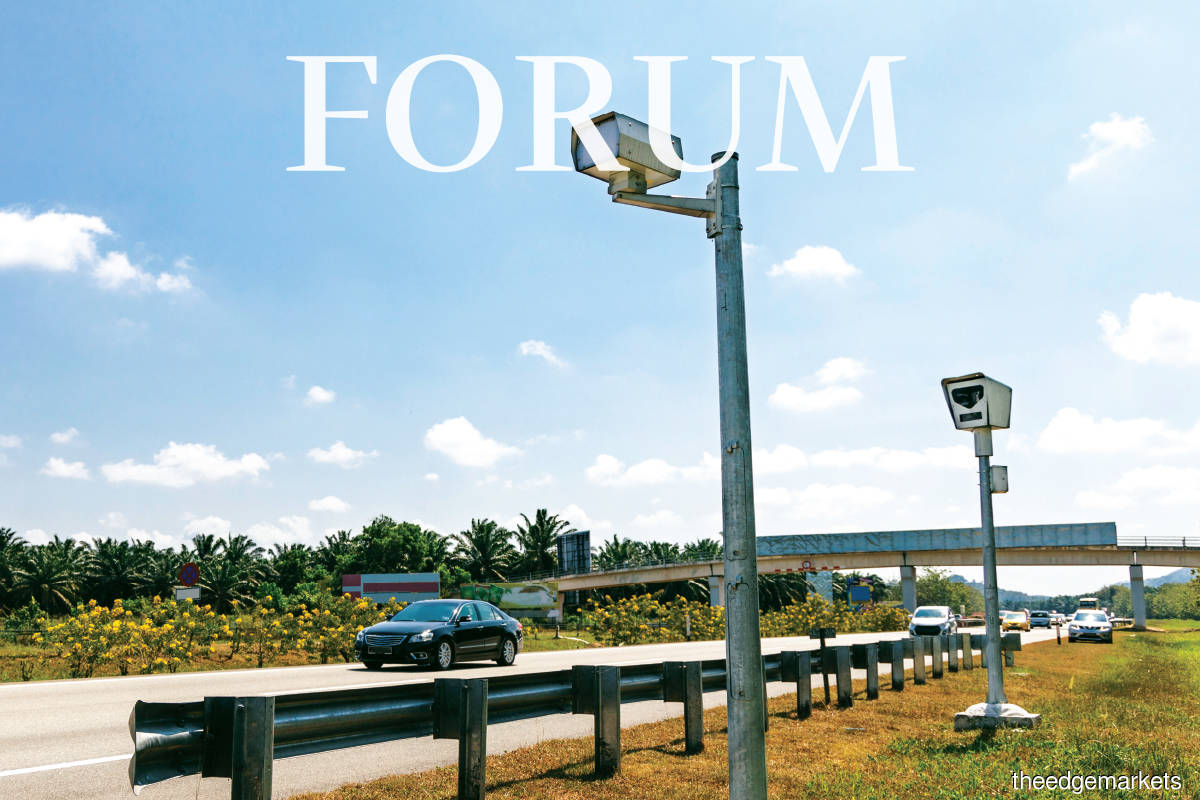 Nobody should be surprised that the government paid a grossly inflated price to take over two companies mandated with the implementation of the Automated Enforcement System (AES). The reason such things happen is that those responsible are allowed to do it, with no action taken against them.

The two companies — Beta Tegap Sdn Bhd and ATES Sdn Bhd — received a total of RM555 million in 2015 in return for giving up a 66-month concession to implement and service the AES. The cost incurred by the two companies was estimated at RM45 million while the fair value of the concession was appraised at a maximum of RM251 million.

The takeover price of RM555 million by Lembaga Tabung Angkatan Tentera (LTAT) and Boustead Holdings Bhd in February 2015 was more than double the fair value. When the concession ended in 2018, the government took over both companies.

On top of the RM555 million, the government also had to compensate LTAT and Boustead RM113.9 million for taking over the liabilities of ATES and Beta Tegap.

From the start, the AES project was fraught with controversy because it meant that enforcement of traffic regulations was privatised. The civil service wanted to let the Road Transport Department handle the project, and it could have been done at a much lower cost.

But Putrajaya, which was under Datuk Seri Najib Razak then, overruled the views of the civil service and the project was given to the two companies.

When the project ran into problems just three months after its implementation, instead of being taken over by the Ministry of Transport (MoT), the companies were taken over by LTAT and Boustead. Inflated valuations were used to take over the companies, which were later flipped to the government when the concession ended in 2018.

It was a clever way to mask the overpricing of the take­over. If the MoT had taken over ATES and Beta Tegap directly in 2015, the price would have been RM251 million at the most.

The “grossly” inflated cost syndrome runs deep in several government jobs undertaken prior to the change in government in May 2018.

The flaws in the award of the TSGP and MPP were particularly glaring, as 88% of the cost was paid out while work done on the ground was less than 15%. The justification by Najib for the huge advance payment was that 85% of the job involved procurement of the pipes.

That rationale raises questions because contractors should have been paid based on work done and not procurement of material. Moreover, advance payments for procurement favour contractors because this is an area in which they earn fat margins even before the project gets going.

Public projects being implemented at inflated costs are nothing new. It has been happening since the days of Tun Dr Mahathir Mohamad’s administration. It is largely kept away from the public eye unless it is raised in the Auditor General’s report or Public Accounts Committee (PAC).

So far, nobody has faced the music for being responsible for approving or overseeing projects with inflated costs, at the expense of taxpayers. More often than not, investigations by enforcement agencies come to nothing. Even if those responsible are charged in court, most of the time, they are let off a few years into the hearing of the case without even being sentenced.

In the case of ATES and Beta Tegap, the Ministry of Defence lodged a report with the Malaysian Anti-Corruption Commission (MACC) in 2019, alleging that the price was grossly inflated. During a PAC inquiry on the AES and the subsequent takeover of ATES and Beta Tegap, the members of the committee were puzzled as to why it was taking MACC so long to trace the money to see if there were elements of corruption.

MACC says it has yet to conclude its investigations

The shareholders of ATES are Traffen Force Sdn Bhd, with a 60% stake, and Commercial Circle Sdn Bhd, holding 40%.

Beta Tegap is said to be close to the MCA leadership at the time. The key person is Dr Andreas Teoh, who held a 30% stake in the company. The other shareholders were Toh Puan Rozana Redzuan with 42%; General (R) Tan Sri Nik Ismail Nik Mohamed with 23%; and Yap Kim Swee @ Yap Ai Lin with 5%.

With no reasons given for the delay in tracing the money flows, has MACC really been looking into the AES matter or are there unseen powers preventing the disclosure of its findings of the probe so far?

It is not only MACC that is in the spotlight for lack of action. The shortcomings in enforcement by the police also leave much to be desired.

Since 2018, the police have been talking about repatriating Low Taek Jho, better known as Jho Low, to face the courts for his role in allegedly orchestrating the colossal financial damage caused in 1Malaysia Development Bhd. But the police have failed so far, to the extent that whenever they talk about Low, it is not taken seriously.

In addition to Low, there are five other accomplices on the wanted list: Nik Faisal Ariff Kamil, Jasmine Loo, Casey Tang, Terence Geh and Eric Tan.

How is it that there are no clues as to where they are? Surely they must have contacted their families, who are in Malaysia. How can six people vanish from the face of the earth?

Every year, the Auditor General’s report talks about wastage in public funds; the PAC deliberates costly projects and failed entities such as 1MDB; and many listed companies do not release their results on time.

All this misconduct continues to happen because of rampant apathy in enforcement agencies, and those responsible know they can get away with it.