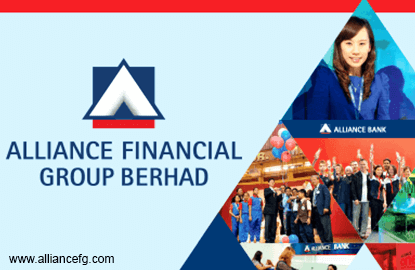 In its stock exchange filing, AFG said the growth in the SME sector remained strong at 19.7% year-on-year, with an excellent gross impaired loans ratio at 1%.

The group declared a 6.5 sen dividend, payable on June 30. This brings its full-year payout to 14.5 sen compared with 15.4 sen last year.

"We were able to grow our SME loans nearly 20%, maintain our net interest margins at 2.15%, while holding our credit costs down," he said.

Kornreich said being selective in loans growth strategy has also helped the group to maintain a very healthy liquidity position, with a loan to deposit ratio of 84.2%, loan to fund ratio of 80.1% and current account and saving account (CASA) ratio of 32.1%.

"Reflecting our continuous efforts to enhance shareholder value, the return on equity for the year was 11.2%, while the net assets per share improved to RM3.13, from RM2.90 a year ago," he added.

"On a similar basis, pre-provision operating profit improved slightly by 0.2% on year to RM735.2 million," he said.