Allergies, vegetarian? Luxury restaurants are no longer off limits 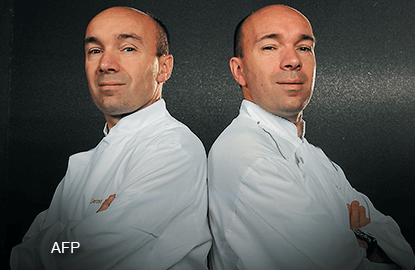 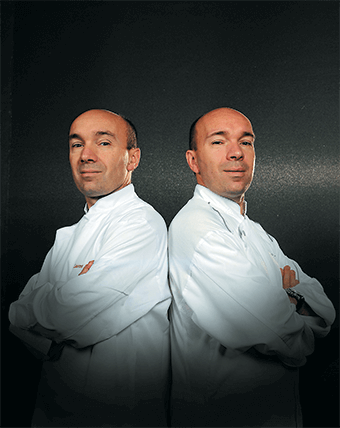 WHEN French super chef Alain Ducasse stunned the world of haute cuisine last year by dropping meat, boosting veggies and lightening up his menus, he was less bucking convention than joining a trend of accommodating vegetarians and people with food allergies.

Fine dining at top-class restaurants run by uncompromising chefs might once have been unthinkable for such clients. But no more.

“Twenty years ago, we were lost when clients told us they had an allergy. We’d bring out an artichoke and a salad,” said Piet Huysentruyt, owner of the Likoke in the southern town of Les Vans, a one-star restaurant in the fabled Michelin Guide.

Once again, the much-touted Mediterranean diet — low in meat and high in fish, vegetables, herbs and healthy fats like olive oil — has come to the rescue.

A recent gathering in the southern city of Montpellier of 58 chefs from 10 Mediterranean countries — the sort of Michelin-starred elite who scrutinise every dish that leaves their kitchens — confirmed the trend. All conceded they have had to “adapt”, including Ducasse and his famous co-host Joel Robuchon.

“It’s more and more frequent. For every table of five or six people, there is inevitably one who has allergies,” said Laurent Pourcel, who runs the one-star Jardin des Sens in Montpellier with his brother Jacques.

“We have one or two clients like this every day with a whole range of problems.”

Most called the Mediterranean diet “a good ally” in concocting menus to accommodate gluten-free, sugar-free, lactose-intolerant, meatless or other restricted diets.

“There is less milk and butter, fewer potatoes, and you use more olive oil, fish and vegetables,” said Hermance Joplet who runs Le Castellaras, newly awarded a Michelin star, with her husband Quentin in Fayence near the southern resort of Cannes.

Ducasse led the trend when he boldly dropped meat at his renowned two-Michelin-starred Plaza Athenee in Paris’ exclusive Avenue Montaigne, just up from Dior, Prada, Yves Saint Laurent and other luxury shops.

Less radical at his three-starred Louis XV restaurant in Monaco, he has nonetheless cut down on meat dishes and uses less salt, sugar and fat.

As for a hallowed basic in French cooking, the butter, cream and egg-packed sauces, chefs said they now alter them on demand — something that, in the past, might have been dismissed as catering to fickle, indulgent or foreign clients.

Likewise, most chefs today keep a supply of gluten-free ingredients, notably frozen bread dough ready to pop into the oven at a moment’s notice.

“For Saint Valentine’s Day, one client never imagined we could offer a gluten-free menu,” said Joplet who served up a nutty risotto of locally grown spelt with sauteed baby vegetables.

Vegetarians, too, are no longer shunned. At the Pourcel brothers’ restaurant, dishes like “new asparagus in a cream sauce of morel mushrooms and crumbled egg yolks” sit on the main entry list as proudly as the classic meat and fish dishes.

The hardest problem is diners who are lactose-intolerant, said Fabien Lefebvre of the Octopus restaurant in the southern city of Beziers that was recently awarded a Michelin star.

Olive oil can replace butter, he said, but “the other solution is to cook without fat”, as in his steamed sea bass with seaweed. “You’ve got to adapt case by case,” he said.

Quality, however, needs lead time. “You can prepare a three-star meal if you’ve got advance notice. But at the last minute, it’s difficult,” said Huysentruyt, who was a TV celebrity chef in Belgium and has written bestselling cookbooks.

Himself a diabetic, he keeps his eye out for inventive ways to cope with this restriction.

His hearty entry of “bass with bacon, veal brains and cochonnailles” — a selection of fine pates and sausage meats — can be transformed for a diabetic into “bass with cauliflower mousse and baby vegetables”, he said.

One headache for the chefs, however, is a new European Union rule concerning potential “allergens”.

The measure, which took effect last December, requires professionals in the food business to notify clients of any presence of the 14 most common allergic foods, including peanuts, gluten, soybeans, molluscs, walnuts, almonds, eggs and milk.

Few of the top chefs have heeded the order.

“The idea is to make people happy. The clients just ask for one thing — that we don’t betray them,” said Marc de Passorio of another one-Michelin-starred restaurant, L’Esprit de la Violette in the southern city of Aix-en-Provence. — AFP

This article first appeared in The Edge Financial Daily, on July 1, 2015.