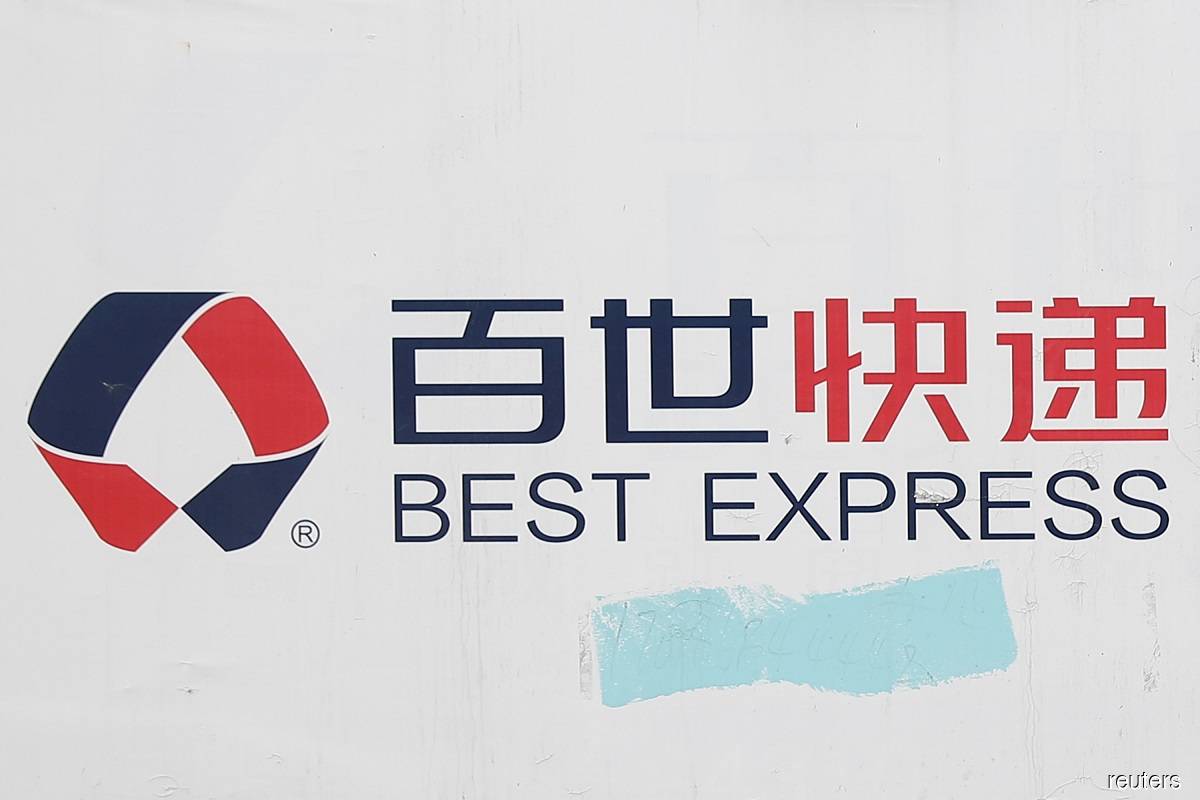 HONG KONG (Aug 12): Alibaba-backed Best Inc is seeking a Hong Kong listing for its express delivery and freight delivery businesses, keen to boost its valuation and establish an investor base closer to China, said three sources with knowledge of the matter.

The plans by Best, which went public in New York in 2017 and has a market value of US$1.1 billion, are preliminary and the offering size and target valuation have yet to be determined, said the sources, speaking on condition of anonymity as the information was private.

The Hangzhou-based company, which has been unhappy with its New York valuation, decided not to include smaller units such as its supply chain management and cloud businesses in the Hong Kong listing as seeking a valuation for just the two delivery units would be more straightforward, one of the sources said.

The two units brought in nearly US$4 billion in revenue last year, around 80% of the company's overall revenue.

The move also comes amid escalating geopolitical tensions between the United States and China and tightening scrutiny of US-listed Chinese firms. Those uncertainties have prompted a number of Chinese companies to seek a second listing in Hong Kong.

Best has tapped Credit Suisse and JPMorgan to lead the listing process, said the sources. One source said the float could take place as soon as this year.

Alibaba Group Holding Ltd, Best's biggest shareholder, has endorsed the listing plan and would also consider investing in the float, said one of the people.

The e-commerce giant, which in June increased its stake in Best to 33% via a US$150 million convertible bond, also declined to comment.

Alibaba's interest in the float would mark another effort to gain more say in the world's biggest logistics market which is rapidly growing but remains highly fragmented.

Best, led by founder and chief executive officer Johnny Chou, a former Google executive, posted a 20.5% drop in first-quarter revenue from a year earlier and a net loss of 751 million yuan, hit hard by the fallout from the Covid-19 pandemic.

Goldman Sachs is also an investor in Best, according to the Chinese company's 2019 annual report.

Best's shares have fallen 18% so far this year. In contrast, the S&P/BNY Mellon China Select ADR Index, which tracks Chinese firms listed in New York, has gained 16% over the same period.