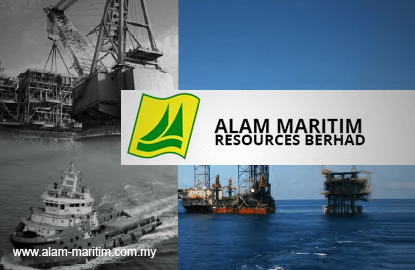 +A
This article first appeared in Corporate, The Edge Malaysia Weekly, on August 29 - September 4, 2016.

Though the company has turned the corner, its managing director and CEO, Datuk Azmi Ahmad, feels the worst is not over yet. “It is still hovering over us; it’s like a yo-yo,” he says in a brief telephone conversation with The Edge.

But Azmi says, “You don’t expect the oil majors to react to this [sort of movement].”

Oil majors generally look for a prolonged gain in prices before deciding to splurge on capital expenditure.

Azmi’s sentiment is understandable, considering that Alam is still in the red for the first half of FY2016.

Nevertheless, Azmi says Alam is looking for jobs outside Malaysia, for example in Thailand, Vietnam and the Middle East, in order for the company to utilise its vessels.

“As far as vessels are concerned, nothing much has changed,” he remarks.

Maybank Investment Bank Research’s Liaw Thong Jung says in a report released last week that overall, the offshore support service market is expected to be tough over the next 24 months, and maintains his “sell” call on Alam with a target price of 11 sen pegged at 10 times 2017 price-earnings ratio.

Liaw sees Alam making a meagre net profit of RM1.2 million on revenue of RM226.7 million in FY2016 but expects an improvement to RM9.9 million and RM256 million respectively in FY2017.

Since July this year, all eyes have been on Alam, thanks to Singaporean oil and gas company Swiber going belly up. Alam has two joint ventures with Swiber: the first, Alam Swiber Offshore (M) Sdn Bhd, is equally owned by it and Swiber while the second, Alam Swiber DLB 1 (L) Inc, is 51%-owned by it and 49% by Swiber.

Alam Swiber Offshore’s main asset is 1Mas-300, an installation barge that can perform offshore installation of pipelines of up to 60 inches in diameter to a water depth of up to 100m.

Since it is clear that Swiber is looking at judicial management as opposed to winding up or liquidation, says Azmi, the question of Alam taking over its portion of the joint venture does not arise.

Under judicial management, a financially distressed company is given room to return to financial health, albeit under the supervision of the courts. In contrast to liquidation, judicial management is viewed as being a less disruptive process and as improving the chances of recouping debt.

“So, more or less, it goes back to normal. Or else, there could be problems with how much we paid for the vessel and the discount now,” Azmi remarks.

While there are no details on how much Alam and Swiber paid for the vessels, Maybank IB’s Liaw estimates that the vessels, which were built in 2009, would now have to be pegged to a 30% discount at least, excluding depreciation.

Liaw adds, however, that the Alam-Swiber JV’s gross debt exposure is low at US$17 million and it is doing fine with Alam taking the lead in running the show.

As at June 30, Alam had cash and bank balances of RM100.82 million, and short and long-term debt commitments of RM99.86 million and RM90.81 million respectively.

Considering that its shareholders’ funds as at June 30 stood at RM864.35 million, the company’s gearing works out to just 0.1 times.

It is also noteworthy that Alam is run by entrepreneurs with Azmi and chief operating officer and executive director Shaharuddin Warno @ Ramad controlling 35.76% via their vehicle SAR Venture Holdings (M) Sdn Bhd. The other substantial shareholders are pilgrim fund Lembaga Tabung Haji with 10.13% and investor Paul Poh Yang Hong who has 7.91%.