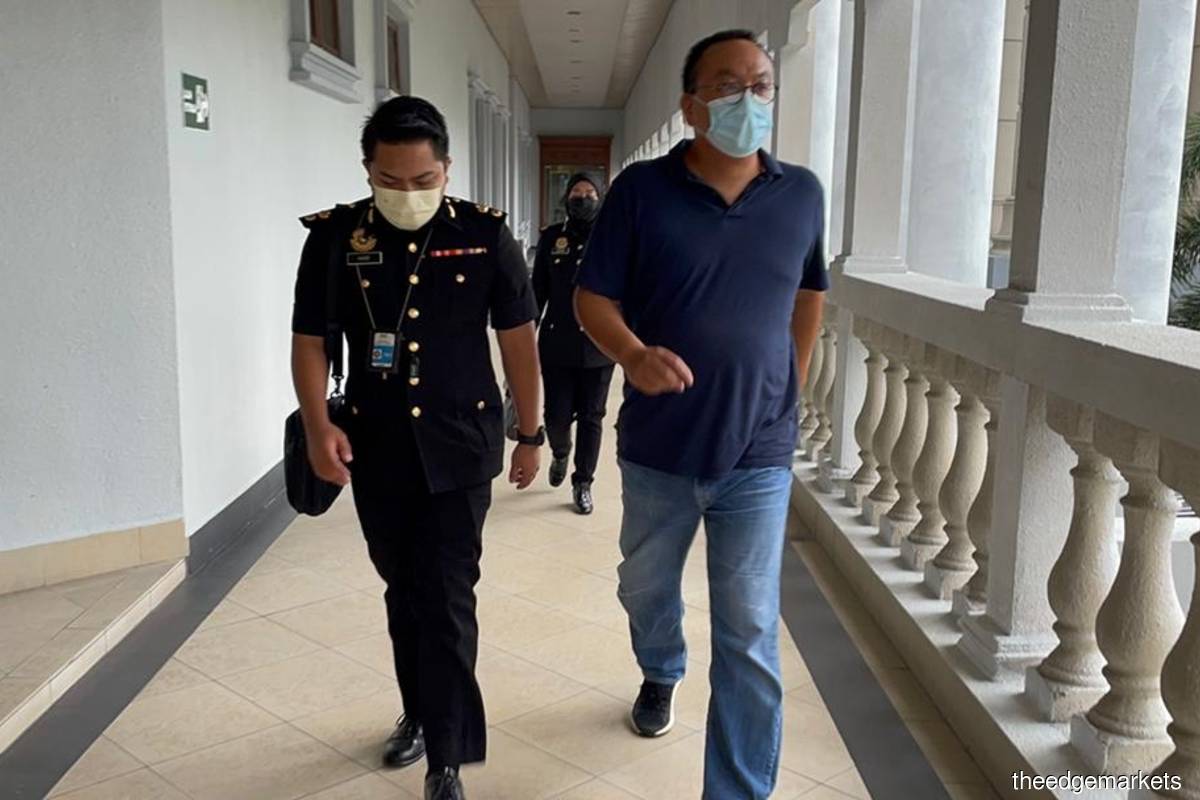 Hatta (right) is accused of submitting documents aimed at misleading Petronas Carigali that one of Aker's subsidiaries qualified as a bumiputera-owned company when it did not.

KUALA LUMPUR (June 11): A manager of Norwegian oil services firm Aker Solutions was charged in the court today for making alleged false representations regarding the ownership of one of its Malaysian units in order to win licences from Petroliam Nasional Bhd (Petronas).

Ahmad Hatta Kamaruzzaman pleaded not guilty to committing the offence after the charge was read out to him under Section 417 of the Penal Code before Sessions Court Judge Izralizam Sanusi.

According to a report by Reuters, the Malaysian Anti-Corruption Commission (MACC) had been investigating allegations that Norway's biggest oil services company made false representations to win licences from Petronas Carigali Sdn Bhd normally reserved for companies that meet ethnic quota requirements under Malaysian law.

The MACC also questioned Hatta yesterday before charging him this morning.

Hatta is accused of submitting documents aimed at misleading Petronas Carigali that one of Aker's subsidiaries qualified as a bumiputera-owned company when it did not.

The offence carries a sentence of up to five years' jail, a fine or both.

The accused was represented by lawyer Devanandan S Subramaniam, while the public prosecutor was Wan Shaharuddin Wan Ladin.

According to the Reuters report, the company said it was confident that its entities in Malaysia had fulfilled the applicable requirements, adding that documentation and information regarding the company's set-up were disclosed during licence renewal processes.

Aker's licences were last renewed in mid-2020, it said.

It said it did not expect the process to have any significant impact on its Malaysian operations.