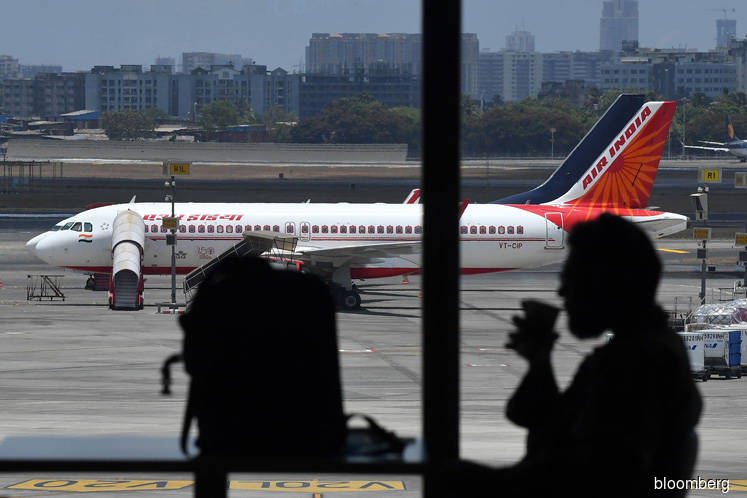 (July 1): With two-cent airfares, high fuel costs and taxes, India’s aviation market already was one of the toughest around. The coronavirus pandemic could be the final straw for some of the country’s airlines.

Indian carriers need as much as $2.5 billion to keep flying, CAPA Centre for Aviation in Sydney says, and that may only last to the end of this year if they’re lucky. Airlines suffered a total collapse in demand from March 25 to late May as India banned commercial passenger flights as part of its virus lockdown.

Governments in Europe, the U.S. and elsewhere have provided $123 billion to support airlines through the Covid-19 crisis. But Prime Minister Narendra Modi’s administration, facing a widening fiscal deficit, hasn’t doled out funds to individual industries or airlines backed by private businesses and, in some cases, billionaires.

The country’s airlines need significant investment or one or more will fail, said Satyendra Pandey, an independent consultant and former head of strategy at Go Airlines India Ltd. That puts them on track to follow the likes of Flybe Group Plc in the U.K., Virgin Australia Holdings Ltd. and Latam Airlines Group SA in Chile into administration or collapse.

“Airlines with weak balance sheets and inadequate collateral have survived by withholding payments to suppliers for two months and counting,” Pandey said.

The Indian aviation market was challenging enough before the pandemic as crushing fare wars and high costs took their toll. There were two major collapses in the last decade: Jet Airways India Ltd., the country’s oldest private-sector carrier, and Kingfisher Airlines Ltd., which was owned by Vijay Mallya. Air India Ltd. has been limping along under a mountain of debt for years searching for a buyer.

In addition to Indian states imposing levies of as much as 30% on jet fuel, a weakening rupee adds to the pain. The currency has fallen nearly 10% against the dollar over the past year, the weakest in Asia, which hurts Indian airlines as their costs are mostly dollar-denominated.

“We haven’t given a financial bailout package, but that doesn’t mean the government has not been helping the aviation sector,” said Pradeep Singh Kharola, the top bureaucrat in India’s aviation ministry. “The help can be in various ways.”

While Kharola cited the announcement to open up the nation’s airspace as part of a $277 billion virus-related stimulus package, the measure had first been proposed in 2013. Another decision to reform plane-repair facilities was announced in 2016, and a plan is in the works to privatize more airports.

Two senior bankers who approve loans to large companies, including airlines, said there’s little desire to lend to them without a government backstop, adding that there is now a big gap between carriers’ revenues and expenses. Cash flows have almost dried up, but the airlines still need to pay salaries, maintain airlines and cover outgoings, the bankers said, asking not to be identified as they weren’t authorized to speak publicly on the matter.

SpiceJet Ltd., Air India and Vistara had cash ratios of less than 1 -- a key gauge of liquidity -- the latest annual figures compiled by Bloomberg show. The low ratios indicate that their cash and cash equivalents are not enough to cover their current liabilities.

Close to 3 million jobs in aviation and related industries could be lost in India this year because of the pandemic, as well as more than $11 billion in revenue, according to the International Air Transport Association. India is one of the worst-affected countries, with more than half a million confirmed virus cases and 16,475 deaths.

Even after some domestic routes reopened in late May, planes were flying only about half full in the first week back, according to data shared by the country’s aviation regulator. The fixed costs of maintaining grounded planes and meeting financial obligations to banks, oil companies, lessors and staff make it even harder for weaker carriers to stay afloat.

There is an added legal risk, too, that could run the airlines dry, with India’s top court hearing a plea to mandate carriers refund passengers whose flights were canceled due to the lockdown. That figure that could top $500 million, according to CAPA.

Vistara, a joint venture between Tata Group and Singapore Airlines Ltd., said it is working to lower or defer operating expenditure and avoiding discretionary expenses. It also reduced staff costs to save jobs. SpiceJet said it is confident of emerging stronger after the crisis and has adequate cash flow. The listed carrier, whose market value has more than halved this year, hasn’t cut jobs.

Representatives at IndiGo, GoAir and AirAsia India didn’t respond to requests for comment.

Also at stake are orders with Boeing Co. and Airbus SE. IndiGo, operated by InterGlobe Aviation Ltd., is the world’s biggest customer for Airbus’s best-selling A320neo-family of jets, while GoAir also has ordered 144 of them. SpiceJet is one of the biggest buyers of Boeing’s now-grounded 737 Max jets, with as many as 205 on order.

“The growth of airline capacity in India far outstripped demand at economic prices, placing the viability of fleet plans and entire carriers in doubt,” said Robert Mann, New York-based head of aviation consultancy R.W. Mann & Co. “Covid will accelerate the reduction of capacity, in a number of cases by extinguishing airlines.”