Airbus to start talks with unions on permanent job cuts 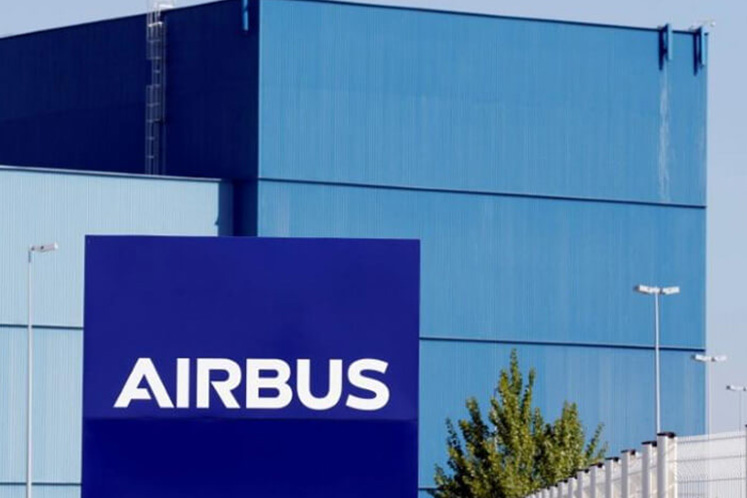 LONDON (May 14): Airbus SE is preparing for permanent job cuts after warning unions that it needs to rein in production amid a collapse in demand, people with knowledge of the situation said.

Discussions have begun with labor groups in Germany, France and Spain, the people said, with the formal process expected to start next week. The number of positions to be eliminated hasn’t yet been decided, according to the people, who asked not to be named disclosing private information.

Airbus executives will thrash out an initial plan on a call next week, the people said. It may take months to arrive at a final figure for redundancies, which will depend on the depth of the aerospace downturn and negotiations with labor unions. The process will also include office staff at the planemaker’s headquarters in Toulouse, France, they said.

“The prospect of job losses across the aerospace industry has been rumbling around now for at least a month,” said Sandy Morris, an analyst at Jefferies. “Aircraft deliveries cannot come down by 35% without there being consequences.”

The measures follow a rapid reversal of an aerospace market that was riding a decade of growth before the coronavirus hit. Fighting the disease has cut drastically into air travel, forcing airlines to park planes and hurling healthy carriers into a state of financial distress. With demand in retreat, Airbus has slashed production goals by more than a third. Chief Executive Officer Guillaume Faury warned last month that initial moves including the furlough of 6,000 workers may only be the start.

The company will review the situation in June when there may be more visibility into the direction the crisis is headed, Faury said then.

Necessary Steps
Airbus declined to comment on internal meetings. The group “will continue to take all necessary measures to ensure the future of Airbus in cooperation with its social partners,” it said late Wednesday in a statement.

The first priority is to cut back on some temporary and subcontracted workers, including 1,100 in Germany, with similar measures likely in France and the UK, one of the people said.

The actions will hit Airbus’s largest division, commercial aircraft, harder than helicopters and defense. Employees on wide-body aircraft programs, a part of the market that will take longer to recover, could absorb more job losses than narrow-body workers, the person said.

Industry Resizing
With jetliner fleets still grounded and airlines moving to delay or cancel orders in anticipation of a slow recovery, the aviation industry is now shifting from crisis management into a drastic resizing of operations.

US rival Boeing Co said last month it would eliminate about 16,000 jobs to conserve cash and adapt to a shrunken commercial aircraft market, while Rolls-Royce Holdings Plc, which supplies engines for Airbus planes, is said to be planning to scrap 8,000 jobs.

Airbus has already taken action to cut costs, with Faury warning employees late last month that it’s “bleeding cash” at such a rate that it could threaten its survival.

It postponed plans to add another assembly line for the A321 narrow-body in Toulouse, slowed the ramp up of the A220 single-aisle and ended its E-Fan X project for hybrid-electric powered aircraft with Rolls-Royce Holdings Plc. This week it canceled UK internships, according to a person familiar with the matter.

The Daily Telegraph newspaper in the UK said the Airbus cuts may match the 10% level planned by Boeing, suggesting more than 10,000 of the European group’s 134,000 staff may go.

Airlines worldwide are also slimming down, with some of the deepest cuts coming in Europe, where British Airways plans to remove 12,000 posts and package holiday firm TUI AG said Thursday it would pare the workforce by 8,000.

Faury has warned that Airbus faces tough decisions on permanent job cuts after temporarily laying off thousands of staff across plants in France, Germany, Britain and Spain.