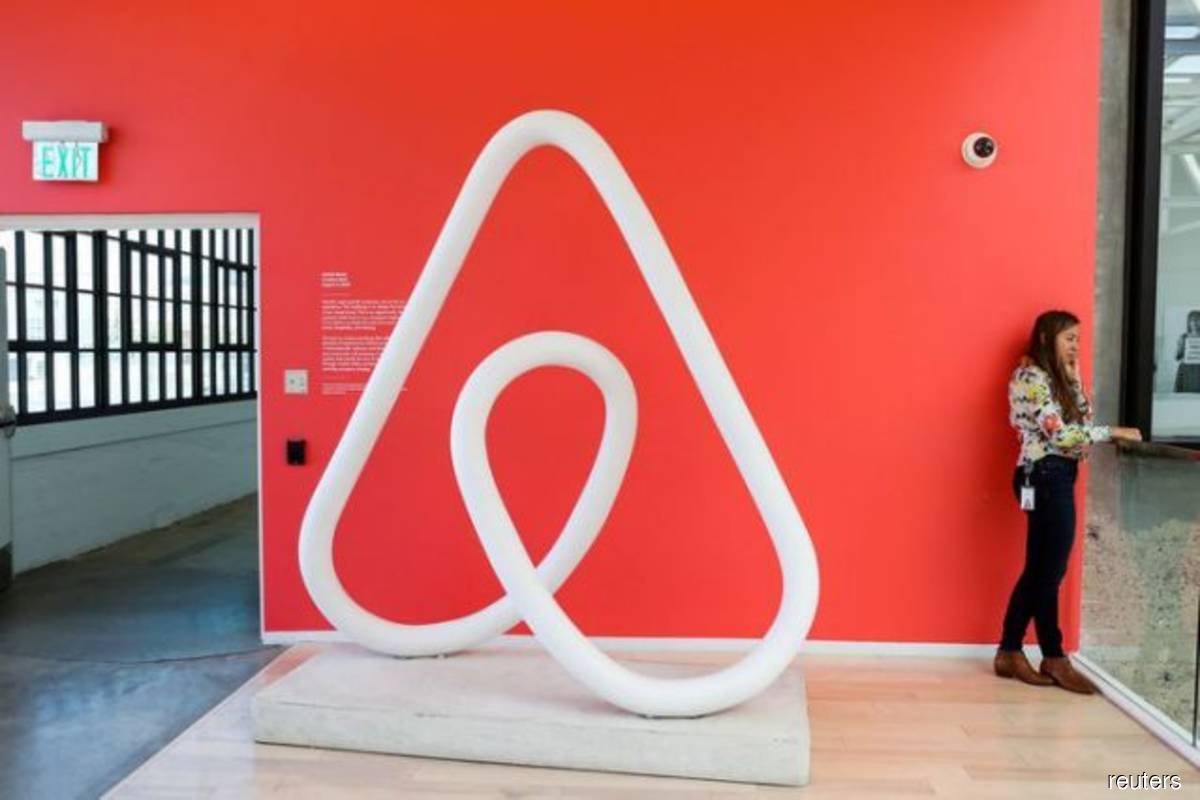 NEW YORK/BENGALURU (Dec 1): Airbnb Inc is aiming for a valuation of nearly US$35 billion in what will be the last blockbuster US IPO of the year, marking a stunning recovery in its fortunes after the home rental firm was ravaged by the Covid-19 pandemic earlier this year.

Founders Brian Chesky, Joe Gebbia and Nathan Blecharczyk will together sell nearly US$100 million worth of shares in the company's Wall Street launch, 13 years after they founded a website in a loft that went on to revolutionize the hotel and holiday home industry.

Airbnb struggled in the immediate aftermath of the pandemic, as travel came to a grinding halt. It had to lay off a quarter of its workforce and seek US$2 billion in emergency funding from investors including Silver Lake and Sixth Street Partners.

But as lockdowns eased, more travelers opted to book homes instead of hotels, helping Airbnb post a surprise profit for the third quarter. The San Francisco-based firm also gained from increased interest in renting homes away from major cities.

In a regulatory filing on Tuesday, Airbnb said it was looking to sell up to US$2.6 billion in stock in its initial public offering.

Airbnb set a target price range to sell 51.9 million shares for between US$44 and US$50 each. Including the option shares, Airbnb is aiming to raise about US$2.85 billion at the upper end of the range.

At the top of the target range, the IPO will give Airbnb a fully diluted valuation, which includes securities such as options and restricted stock units, of US$34.8 billion, nearly double the US$18 billion Airbnb was worth in an April private fundraising round.

Airbnb's market capitalisation at US$50 per share will total roughly US$30 billion.

The company made its IPO registration public earlier this month. Reuters was the first to report in October that Airbnb was aiming to raise around US$3 billion in its IPO that could value it at more than US$30 billion.

Airbnb's stock market debut will be one of the largest and most anticipated US IPOs of 2020, which has already been a bumper year for flotations. Record label Warner Music Group , data analytics firm Palantir Technologies and data warehouse company Snowflake Inc have all gone public in the past few months.

Airbnb was launched by Chesky and Gebbia in 2007, as a website to take bookings for rooms during conferences including the Democratic National Convention that year in Denver.

It has since expanded its listings to include apartments, houses and vacation rentals, allowing millions of ordinary homeowners to make money by renting their flats and houses while on their own holidays.

Airbnb achieved "unicorn" status in 2011, with listed properties in 13,000 cities across more than 180 countries at the time, after being valued at more than US$1 billion in a funding round led by Andreessen Horowitz.

Airbnb plans to list on Dec 10 on Nasdaq under the symbol ABNB.

Morgan Stanley and Goldman Sachs are the lead underwriters for the IPO.