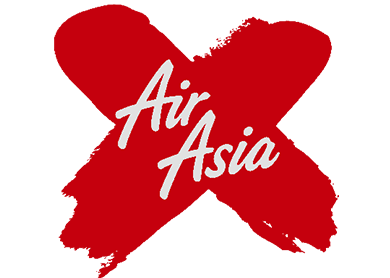 KUALA LUMPUR (Apr 6): Long-haul, budget airline AirAsia X Bhd is set to spread its wings to Hawaii, London and a new destination in Europe that it is not ready to reveal yet by year-end, as part of its plan to drop underperforming routes and add more promising ones to meet its forecast of returning to profit this year.

"Within the next eight months, we will be in Hawaii, London and another destination in the European Union (EU)," AirAsia Bhd group chief executive officer (CEO) Tan Sri Tony Fernandes told a press conference after the opening of Tune Group Sdn Bhd's new headquarters at Wisma Tune here today.

"We are very excited about the EU. We have to be in the EU," Fernandes added.

AirAsia X currently flies to destinations in the Asia-Pacific region.

Fernandes said AirAsia X's presence in the United States and the EU will showcase the airline's ability to meet the aviation standards of these countries and region, which increases the AirAsia brand profile "in a dramatic way".

When met by reporters later, AirAsia X group CEO Datuk Kamarudin Meranun said the loss-making affiliate of AirAsia (fundamental: 0.2; valuation: 0.8) is still in the midst of streamlining its operations and reducing costs.

"In the past two months, we were able to plan out our internal organisational restructuring," he said.

"There were some operational inefficiencies and redundancies in work. We will be dropping unprofitable routes, but will also be launching exclusive ones like Hawaii," he added.

Kamarudin said the results of the streamlining and cost efficiency exercises will be apparent in the second half of this year, when the airline will be able to capitalise on the high year-end travelling season.

"We have the benefit of the last quarter. So, we must have a model to capitalise on that," he added.

Kamarudin also said fluctuations in foreign exchange rates and fuel costs continue to pose a challenge for AirAsia X as 70% of its expenditures are exposed to the US dollar.

However, he said there is no timeline in place for the exercise to be implemented.

"I think that both Tune Talk and Tune Hotels are candidates for IPOs. I think the profitability of Tune Talk is growing very, very quickly," he said.

Fernandes had as far back as April 2011 said Tune Hotels may go public in early 2013 to expand its hospitality network.

Fernandes also acknowledged that the AirAsia leadership is disappointed with the shedding of its share price over the past three months due to foreign selling, spurred by the weaker ringgit and the impending entry of new airline, flymojo.

But he remains confident that AirAsia's financial performance, which he expects to be positive this year, will help boost AirAsia's share price up.