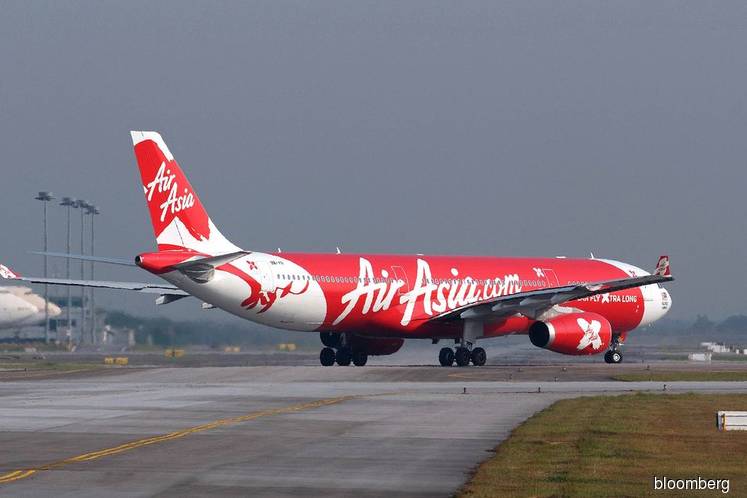 The long-haul low-cost affiliate of AirAsia Bhd recorded a loss per share of one sen for the quarter under review, versus earnings per share of 0.3 sen in 3QFY16.

"It is a necessary action that has to be taken as we move on from past management's business decisions. With the observed booking trends, we are in line with expectations for a recovery in the 4QFY17," he said in a statement today,

"Revenue for 3QFY17 is the strongest recorded in the airline's history of third quarters as we see higher contribution from scheduled flight revenue up 22% year-on-year (y-o-y), ancillary revenue up 29% y-o-y and freight services up 43% y-o-y.

"Ancillary revenue per passenger rose 4% y-o-y, driven by the successful implementation of dynamic pricing across our products," he added.

Benyamin pointed out that the operating loss of RM35 million was mainly due to higher other operating expenses (opex) as a result of a RM50.2 million provision for doubtful debt recorded in 3Q17.

In a filing with Bursa Malaysia today, AAX said it expects prospects to remain positive based on the current forward booking trend, forward loads and average fares are trending better than the previous year.

However, it cautioned that the depreciation of the ringgit remains a key concern as a large portion of AAX's borrowings and operating costs are denominated in US dollars.

"Our bookings for 4QFY17 and 1QFY18 are ahead of last year showing that demand to fly remains strong and reflects growing evidence that consumers are prioritising expenditure on flights and holidays above other non-essential items.

"Most importantly, we believe we can end 2017 on a high note as we are confident that 4QFY17 will be a good quarter for us. The group also plans to add third-party leased all-economy class A330s in 2018 to focus on shorter China routes and redeploy our existing fleet to new markets," he said.