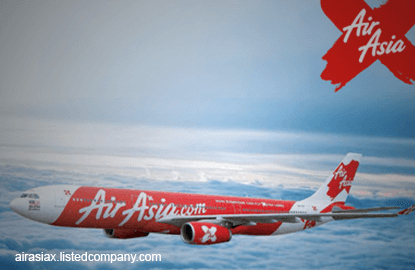 While profitable at NOI level, Tay said the "main deterrent" to a positive PAT was AirAsia X' interest expenses, which would be higher due to a weaker ringgit versus the US dollar.

"The bigger aircraft offers advantages such as higher operating efficiency and comfort to passengers, while pricing its fares lower," he said.

Cheaper fuel is also a boon to airlines. Tay said AirAsia X would reap the benefits of lower jet fuel prices this year.

He said cheaper fuel could more than compensate for the weakness in ringgit.

"Meanwhile, we expect the weaker ringgit to be cushioned by natural hedges, as 75% USD denominated cost is hedged against 70% foreign currency revenue (mainly USD and AUD),"  he said.