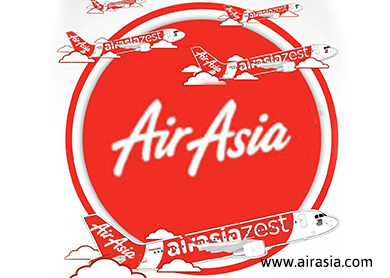 KUALA LUMPUR: AirAsia Bhd, the largest low-cost airline company in Asia, said it does not consolidate the accounts of its associates’ operations in Thailand, Indonesia, the Philippines and India for regulatory reasons.

It said the company is not allowed to own more than a 49% equity interest in each of the entities, with the exception of the Philippines at 40%.

Shares in AirAsia have plunged to five-year lows since last Friday, after Hong Kong-based research firm GMT Research issued a press statement on its website, announcing that it had written a report on AirAsia questioning its accounting and cash flow. According to an analyst who had seen the report, GMT Research's main concern was the method AirAsia had applied to account for losses from its associates.

AirAsia said strong corrective actions are being implemented in its loss-making associate Indonesia AirAsia (IAA) to drive its return to profitability for the third and fourth quarters of 2015, with a target to break even by year end.

“IAA is cash-positive and we will further improve the cash flow on the back of higher cash from operations. Key turnaround plans include a reduction of fleet size by four aircraft, reduction of costs and greater dependence on international traffic,” it added.

As for Philippines AirAsia (PAA), profitability is targeted for the fourth quarter of financial year 2015 (4QFY15).

“There will be no new aircraft and large capacity being added to the Philippines this year, but the management will ramp up [from] 2016 onwards to build up international capacity with two potential new hubs,” said AirAsia.

Key turnaround plans include the introduction of one to two new hubs, focusing on international and leisure destinations, an additional three aircraft per year for the next three years, and further cost reduction initiatives, it added.

AirAsia also said the target for an initial public offering (IPO) of both associates will be in 2017, with valuations of some US$700 million (RM2.63 billion) for IAA and US$600 million for PAA.

“The company targets to float 20% of the shares, raising a minimum of US$150 million. [With the] IPO, all shareholders will be diluted proportionately. Part of the IPO proceeds will be used to pay AirAsia’s inter-company borrowings,” it noted.

Currently, AirAsia’s net gearing level stands at 2.47 times, but it aims to bring it down to around two times by the end of 2015, as it cuts aircraft acquisition from an average of 25 aircraft per year to four over the next three years.

“The management believes that 2015 will be a very good year, on the back of a better operating environment with lower fuel prices and a much more rational market, and the company has shown good progress through its 1QFY15 performance,” it said.

“The management wants to also highlight the strength of AirAsia’s balance sheet as the company owns more than 120 aircraft. There is huge demand for sale and leaseback of the company’s aircraft, and the management is looking to do that for up to 20 aircraft this year, with no increase in operating leverage.”