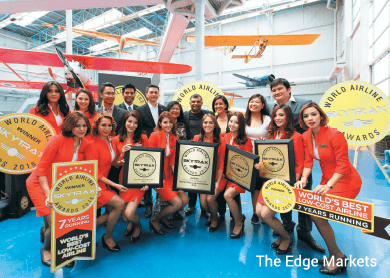 On Monday, Reuters reported Fernandes as saying in a letter to investors that the airline plans to issue as much as US$300 million (RM1.13 billion) in convertible bonds at its loss-making Philippine and Indonesian associates.

Fernandes said the airline is already in talks with certain parties for the US$300 million bond issue that is expected within three months, and plans to use half of the proceeds to reduce debts of its Philippine and Indonesian associates.

He also said he is confident of the proposed bond issue take-up rate, despite scepticism of analysts.

“We may capitalise some of it before their initial public offerings to maintain our 49% stake [in both Air-Asia Philippines and Indonesia Air-Asia],” he told Malaysian journalists at the Paris Air Show here yesterday.

He added that AirAsia Philippines’ and Indonesia AirAsia's listing plans remain intact, despite reported delays to 2017.

In his letter to investors seen by Reuters, Fernandes wrote that Air-Asia may sell and lease back up to 20 aircraft in the group's fleet this year.

Fernandes also defended Air-Asia’s transparency in its financials and its business model, adding that he is “not overly concerned” about AirAsia’s share price dip, after GMT Research issued a report on June 10 questioning the airline’s accounting practices.

He added that the issues raised by GMT Research were not “something new” and had been discussed previously.

Shares in AirAsia extended losses to close down 8.38% at RM1.64 yesterday, with 33.15 million shares traded. Its market capitalisation stood at RM4.56 billion.

Meanwhile, AirAsia was named the World’s and Asia's Best Low-Cost Airline for the seventh consecutive year at the Skytrax World’s Airline Awards held at the Paris Air Show yesterday. 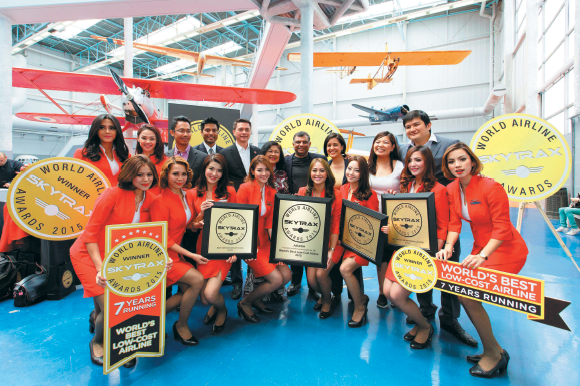