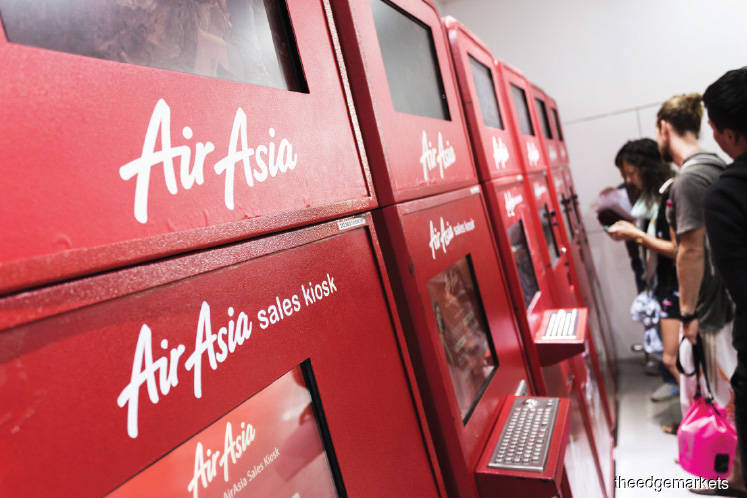 Filepic of signage for AirAsia displayed on the company’s automated sales kiosks at klia2 in Sepang, Selangor. Airport operator Malaysia Airports Holdings Bhd (MAHB) imposed a PSC of RM73 on passengers using klia2 to destinations beyond Asean — the same rate as that of Kuala Lumpur International Airport (KLIA) and other airports in the country — from July last year.

However, AirAsia and AAX have only been charging RM50 per passenger on its flights as they felt klia2 passengers should not be paying the same PSC as that for those departing from the main terminal at KLIA, which the two carriers deemed is more superior in terms of facilities and service quality.

The two carriers have now relented following a High Court ruling on July 18 that ordered AirAsia and AAX to pay MAHB RM40.6 million for outstanding PSC from July to December last year. AirAsia is appealing against the decision.

In a statement yesterday, AirAsia said it will begin collecting the PSC of RM73 for destinations beyond Asean but “under protest” following the recent court ruling.

PSC, or airport tax, is charged MAHB on all departing passengers for use of airport facilities and is collected airlines such as AirAsia on behalf of the airport operator.

“AirAsia will now collect the additional RM23 in PSC, and the differential amount will be clearly indicated in the itemised fare as ‘PSC (Under Protest)’,” it said.

“We will collect the full RM73 PSC but we do so under strong protest,” AirAsia Malaysia chief executive officer (CEO) Riad Asmat said in the statement.

“Itemising the additional PSC will allow our 5.5 million guests departing from klia2 for non-Asean destinations annually to see how much they’re paying for inferior facilities. I believe many will agree with us that they’re not getting their money’s worth, especially when compared with the far superior facilities at KLIA,” he added.

“Believe me, we really don’t want to be doing this, and we sympathise with our guests,” AAX Malaysia CEO Benyamin Ismail said.

“PSC for passengers flying beyond Asean has more than doubled in less than two years from RM32 to RM73. This is an arbitrary hike and we will continue to oppose it until all our legal options are exhausted.

“However, we are forced to collect the additional RM23 as we cannot afford to continue subsidising our guests in the event our appeal falls through. We hope our guests will understand,” said Benyamin.