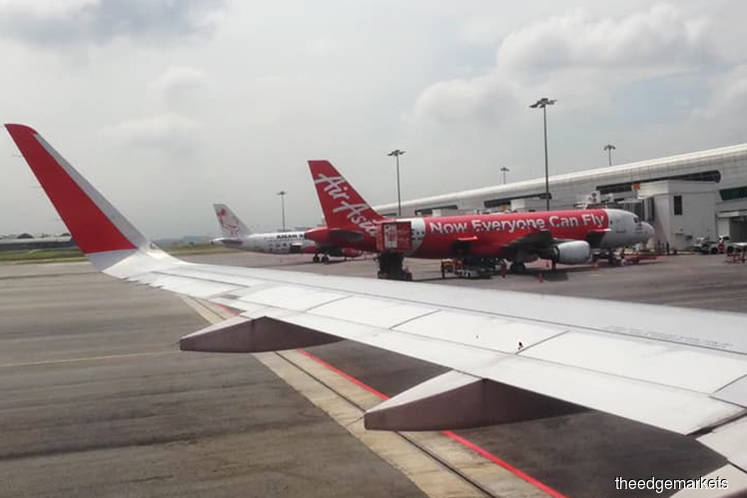 KUALA LUMPUR: AirAsia Bhd failed to get two additional flight slots — which would have given it 360 extra seats — for its Bangalore, India, route, according to its executive chairman Datuk Kamarudin Meranun, who is questioning why the Malaysian Aviation Commission (Mavcom) gave the slots to Malindo Airways Sdn Bhd instead.

“We fly four times a week to Bangalore, so we could use the two additional slots to strengthen our position and make it six times a week, but you (Mavcom) gave it to another carrier (Malindo Air), who is not flying there (Bangalore) anyway. [There’s] no commercial sense,” he told the media after the launch of AirAsia X Bhd’s (AAX) direct flight from Kuala Lumpur to Jaipur, India, yesterday.

Mavcom, in an email response to The Edge Financial Daily, said it allocates the flight slots or air traffic rights (ATRs) based on criteria set out under the Malaysian Aviation Commission Act 2015, with key considerations including the effect on consumers, the industry and public interests.

The allocation also follows a process which has been discussed and agreed upon by all Malaysian carriers, it said.

In the case of the Kuala Lumpur–Bangalore route, Mavcom said it allocated 360 seats to Malindo Air and 24 seats to AirAsia in June. Following these allocations, Malindo Air operates 360 seats and AirAsia operates 744 seats per week, while Malaysia Airlines Bhd continues to operate 1,920 seats from its previous allocation made by the transport ministry, prior to Mavcom’s establishment.

“This translates into approximately two times weekly for Malindo Air, four times weekly for AirAsia and 12 times weekly for Malaysia Airlines. Mavcom’s rationale for the allocations performed in June 2017 include: widening the choice for consumers by granting two weekly services to Malindo Air as a new entrant on this route; and facilitating competition and preventing excessive market dominance by any single carrier,” it said.

“We battled and fought to get those additional slots, but now it is being allocated to another airline that is not even using them,” Kamarudin claimed, saying AirAsia was part of the Malaysian delegation at the meeting. “[Mavcom should] ask them (Malindo Air) to use them, or if not, give them to us,” he said, adding that AirAsia started its operations to Bangalore from Kuala Lumpur in 2010.

Moving forward, Kamarudin said AirAsia will continue to expand its services to key Indian cities, including the Tier II and III cities, especially those that lack good connectivity. “We hope it will provide better connectivity for business and leisure travellers to travel to Southeast Asian destinations,” he said.

In conjunction with the launch, AAX is offering a promotional all-in one-way fare from as low as RM229 for an economy seat and RM699 for a premium flatbed seat, which is now open for booking for the travel period of Feb 5 to Nov 21, 2018. AirAsia shares slid 1.47% or five sen to settle at RM3.36 yesterday, for a market capitalisation of RM11.23 billion, while AAX shares rose half sen or 1.32% to 38.5 sen, for a market capitalisation of RM1.6 billion.