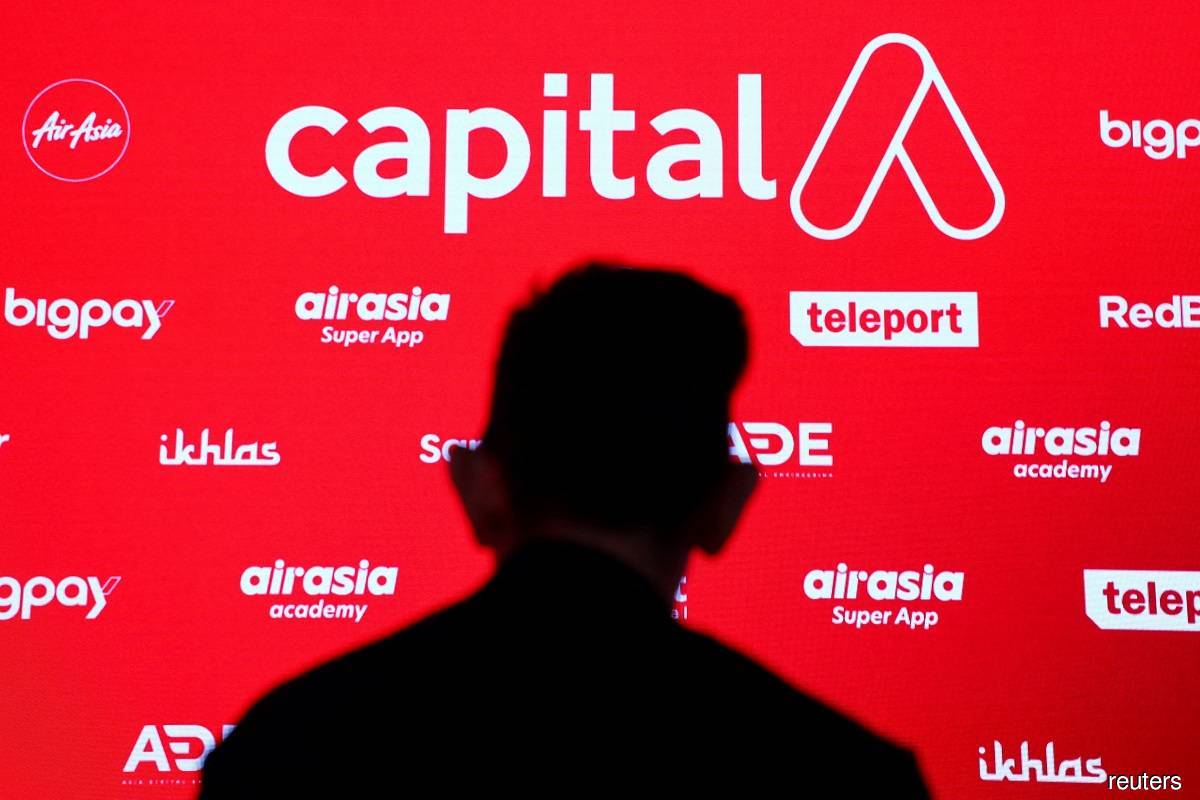 “Other professional advisers, namely (the) independent market researcher and independent adviser, will be announced upon official appointment.

“The company has approximately two months to submit its regularisation plan to the relevant regulatory authorities for approval to implement the same, and shall make the necessary announcement(s) with regard to the development thereof accordingly,” Capital A said in a Bursa Malaysia filing.

Capital A, previously known as AirAsia Group Bhd, was classified as a PN17 company on Jan 13 this year after Bursa Malaysia dismissed its appeal for an extension of the PN17 relief period beyond Jan 7.

The airline triggered the PN17 criteria in July 2020 after its external auditor, Ernst & Young PLT, issued an unqualified audit opinion with material uncertainty relating to going concern in respect of its financial statements for the financial year ended Dec 31, 2019 (FY19), and its shareholders' equity on a consolidated basis was 50% or less of its share capital.

But thanks to relief measures introduced by Bursa Malaysia and the Securities Commission Malaysia, it was not classified as a PN17 listed issuer then, and was not required to comply with the obligations under Paragraph 8.04 and PN17 of the Main Market Listing Requirements for 18 months from the date of the first relief announcement, which was July 8, 2020. The 18-month period ended on Jan 7, 2022.

It should be noted that Capital A has been loss-making for the past three financial years, from FY19 to FY21.

It slipped into the red with a net loss of RM283 million in FY19 from a net profit of RM1.7 billion in FY18. The loss further increased to RM5.89 billion in FY20 and RM3.72 billion in FY21 as Covid-19 pandemic restrictions on air travel hammered its earnings.

For the cumulative six months ended June 30, 2022, Capital A expanded its cumulative net loss to RM1.84 billion from RM1.35 billion a year ago, while revenue more than doubled to RM2.28 billion from RM710.05 million.

The wider net loss, Capital A said, was due to a share of losses from associates and foreign exchange loss.

As for the increase in revenue, it was attributed to the relaxation of travel restrictions, including testing, quarantine and entry requirements.

Shares in Capital A closed one sen or 1.65% lower at 59.5 sen on Tuesday, giving it a market capitalisation of RM2.48 billion. The stock saw some 3.94 million shares traded.